The Yogurt Shop Murders: How Did They Die? Who Killed Them? 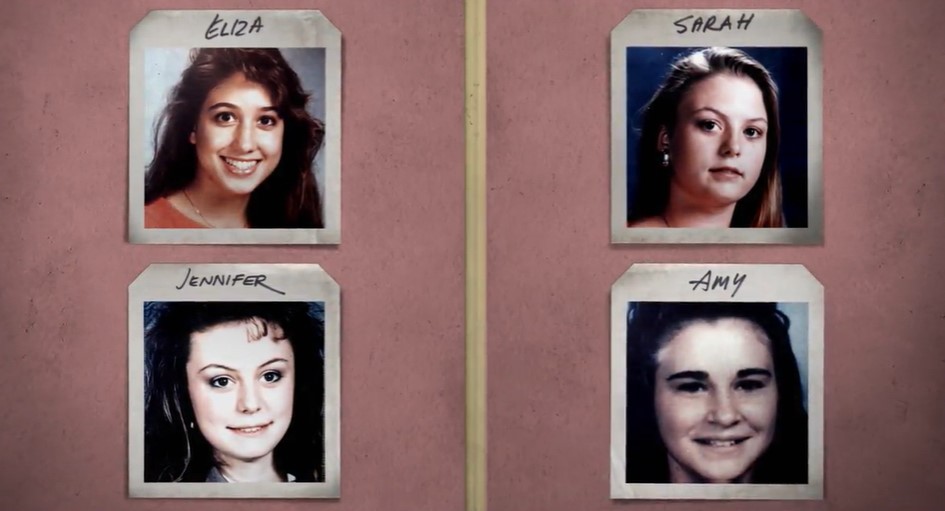 A shocking case from December 1991 had the authorities finding four teenagers murdered at a yogurt store in Austin, Texas. In the decades that followed, the police pushed to find answers and the ones responsible, but they encountered many roadblocks. Investigation Discovery’s ‘48 Hours: The Yogurt Shop Murders’ focuses on the details of the brutal crime and how the inquiry led to arrests and convictions, followed by those convictions getting tossed. So, if you’re curious to find out more, we’ve got you covered.

Jennifer Harbison was a 17-year-old senior at Lanier High School on Payton Gin Road in Austin, Texas. Her younger sister, 15-year-old Sarah, was a freshman on the same campus. Both of them were athletes, and at the time of the incident, Jennifer was working at the yogurt shop. Eliza Thomas was the other employee at the store; the 17-year-old had picked up the job to make some extra money. Finally, there was 13-year-old Amy Ayers, Sarah’s friend and the youngest of the four.

On the night of December 6, 1991, Jennifer and Eliza were closing up the yogurt shop while Sarah and Amy came by so they could all go home together. At around 11:47 pm, a fire was reported at the store, and the authorities rushed there. Inside, they found the four girls murdered. They had been gagged, tied up with their clothing, and shot in the head. Furthermore, at least one of them was sexually assaulted.

The authorities believed the store was set on fire to eliminate evidence. While the murder weapons were not found, the police collected shell casings that suggested two guns were used — a .380 and .22-caliber weapons. So, the initial belief was that there were two culprits. The investigation spread far and wide, with the police looking at everyone responsible. The authorities thought they had their first break when a then 16-year-old Maurice Pierce was arrested just over a week of the murders.

At the time, he was in possession of a .22-caliber weapon. Maurice told the police he had loaned the gun to another friend and eventually implicated three people in the murders. They were Forrest Welborn, Michael Scott, and Robert Springsteen. However, Maurice’s story of their involvement didn’t hold up when the others denied having anything to do with the case. Since no physical evidence connected them to the slayings, the authorities let them go.

In the time that followed, the authorities chased multiple leads and interviewed countless people, but they got no closer to finding the killer. While there were other confessions, the details didn’t match what actually happened. Then, the case took another turn towards the end of 1999 when Maurice and the rest were arrested yet again for the murders. While there still wasn’t any new evidence that came to light, the police relied on confessions from Michael and Robert.

While Michael claimed to shoot one of the girls, Robert said that he raped a girl, in addition to corroborating Michael’s statements. However, they recanted their confessions and said they were coerced. Michael had been in the interview room for 20 hours over five days. Robert, who initially claimed to not have been in the vicinity of the yogurt shop, made admissions as the questioning dragged on. In an interview, Robert alleged that the police officers repeatedly berated him to the point where he just told them what they wanted to hear.

While the charges against Forrest and Maurice were dropped eventually, Robert and Michael were put on trial separately. By 2002, both were convicted, with Robert receiving a death sentence and Michael being sentenced to life in prison. However, by 2007, both their convictions were overturned on constitutional grounds. A couple of years later, in 2009, the charges against the two men were dropped, but they weren’t exonerated.

The authorities then hoped to use biological evidence from the crime scene to find the killer. They collected vaginal swabs from the victims and ordered Y-STR testing. This method only looked for male DNA. A partial profile was obtained but didn’t match any of the four main suspects. While the authorities got a match in a public DNA database in 2017, the sample from the crime scene was not specific enough, meaning there could be millions with that same profile.

The matching sample on the public database was an anonymous submission by the FBI, and by 2020, the bureau agreed to further testing. However, testing revealed that when additional genetic markers between the two samples were compared, it was not a match. For now, the yogurt shop murders remain unsolved, but the authorities have held out hope that improving technology will be the key to finding answers.