‘Them‘ season 1 follows the Emory family as they move into an all-White neighborhood in California in the 1950s and are subsequently tormented by sinister spirits and bigoted neighbors. Episode 9 marks the family’s ninth day in their new house and finds Lucky locked in a mental institution after it is discovered that she has been carrying around the remains of her dead child. Betty, their sadistic neighbor, is also tormented by someone she considered an ally up till now. With an ending that sets everything up for the explosive season finale, there’s a lot to unpack in episode 9. Let’s get right to it. SPOILERS AHEAD.

Episode 9 opens with Lucky locked up in a mental institution, where she repeatedly tries to contact her family but is denied access to a phone by the doctor. Henry visits the institution but is also not allowed to see Lucky. The doctor explains to both of them that it’s for the best, but her sadistic nature is soon revealed when she lies to Lucky, telling her that Henry does not want to speak to her. The doctor is also a blatant racist, saying that “negro” women suffer differently than normal women.

When Lucky finally loses her temper and exclaims that her child was killed by a white woman just like the doctor, she is restrained to her bed and scheduled for brain surgery that will wipe out her memory. Meanwhile, Betty finds herself held hostage in an underground silo by George, the milkman, after going to recruit him to attack the Emorys. We soon find that George is obsessed with Betty, even papering the silo with the same wallpaper Betty has in her home, imagining that the two of them will live happily together.

Betty hides her panic whilst he talks and waits for the opportune moment during dinner when she stabs him with a corkscrew. George calmly pulls it out and says that if she doesn’t love him, he will have to do something very difficult, but that he’s willing to take the chance. After saying that, he climbs out of the Silo, leaving a shocked and confused-looking Betty behind.

Henry, upon returning home after being denied to see Lucky, decides to take their daughters to their aunt’s house. He is, however, ambushed by his neighbors Earl and Marty, who use Betty’s disappearance as a pretext to interrogate and terrorize Henry and his daughters. Marty eventually cuts off one of Henry’s fingers while his ghost, Da Tap Dance Man, who is also missing fingers, sits in the corner and laughs. They eventually take Henry to the basement and put a noose around his neck, trying to lynch him.

Them Season 1 Episode 9 Ending: What Happens to Henry and Lucky?

Earl and Marty manage to put the noose around Henry’s neck and proceed to suspend him with it, slowly strangling him. As Henry protests, he also says that it is not too late and that Earl and Marty can still walk away. They don’t heed his words and continue to strangle him, even injuring his young daughter Gracie when she tries to stop them. We see Henry’s feet suspended in the air, slowly choking. Meanwhile, Lucky wakes up in the mental institution tied to her bed. 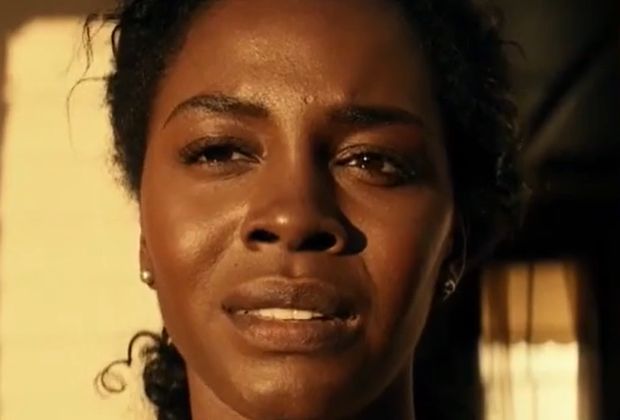 The orderly, who has so far been friendly to her, explains that due to the excessive deterioration in her mental state, she will undergo a “helpful” procedure the same night. As the orderly speaks, his face decays, and he turns into the priest in the black hat, who has tormented the Emorys the longest. The priest wonders how Lucky is strong enough to still keep fighting him and tells her that the rest of her “kin” are not as strong and that he will soon infect their “black hearts.”

The last thing we see is Lucky helplessly listening as the priest informs her that he will grant her the kindness of the medical procedure so that she will forget about her family and their fates. Episode 9 ends with both protagonists, Henry and Lucky, in perilous conditions. Whereas Henry is being suffocated by his neighbors while his daughters look on, Lucky is doomed to undergo brain surgery, which will wipe out her memory.

Whilst this occurs in the real world, we see the involvement of both their ghosts in the situation as well. When Henry has his finger severed by Marty, Henry’s ghost waves his own hand, which is missing 3 fingers that were cut off by his white masters, according to a story he recounts in an earlier episode. Lucky also sees her hospital orderly slowly decay into the ghoulish priest that has been haunting her.

Hence, we see the two separate forces that have been tormenting the Emorys, real-world racism and paranormal spirits, finally begin to merge. We see how both Henry and Lucky are held hostage by their respective ghosts, calling back to all the other times they have been helpless in the face of brutal exploitation. However, in both cases, their tormentors comment on how resilient they are, giving us the first clue that both Lucky and Henry are able to somehow escape from their respective situations.

Lucky’s case seems more hopeless, and we see her thrashing on the bed she is strapped to. Henry’s situation, though dire, can still be turned around considering he is an ex-army man who fought in World War 2 and has intimidated his neighbors before with his strength. Henry’s chances of survival are further given hope when, despite being severely injured, we hear him warn Earl and Marty that they can still walk away from the situation and save themselves. Therefore, though in a perilous situation, we can expect at least Henry, and possibly Lucky, to escape the very dark fates they are faced with at the end of episode 9.

George, the milkman, proves to be a surprisingly disturbing character after being initially portrayed as a regular, albeit racist, neighborhood milkman. We find out the extent of his delusions in episode 9 when he suggests to Betty that they can have a happy life together whilst keeping her imprisoned in an underground silo. Betty keeps calm until she gets the chance to stab George, to which he surprisingly reacts very calmly. He says that he is willing to take a chance and climbs out of the silo, leaving Betty looking confused and scared.

George, despite having kidnapped Betty, is seen to be exceedingly polite and courteous to her and waits on her hand and foot whilst keeping her imprisoned. His obsession with Betty is all-encompassing, as he envisions a life together with her, even toasting to the future as they eat dinner. He has also papered the silo with the same wallpaper that Betty has in her home.

The fact that he doesn’t react even when Betty stabs him shows just how disturbed he is and leaves Betty, who initially thought she could outsmart him, flummoxed. It is interesting to note what George says after being stabbed: if she (Betty) doesn’t love him, he will have to do the hardest thing in his life, but that he is willing to take the chance.

Since Betty, just moments ago in a bid to fool George, had said that he shouldn’t keep her imprisoned because theirs is a situation of true love, we can concur that that is what George is alluding to. He decides to take the chance and let Betty decide whether she loves him or not, and therefore does not react to being stabbed by her. However, in saying that he will have to do the “hardest thing in his life,” he is also warning Betty about what might happen if she continues to reject his love.

What Does the Priest Mean When He Says He Will Corrupt Lucky’s Kin?

Episode 9 closes with the priest in the black hat appearing before Lucky. He remarks at her resilience but says that the rest of her kin are not as strong and that he will corrupt their “black hearts” till they tear each other apart. He further refers to this outcome as the fruits of his labors. From episode 8, we know that the priest is an old character from many decades ago who thinks he is doing God’s work by destroying the black community.

As a ghoulish apparition, he continues his mission and is the most insidious of the spirits haunting the family. From the accounts of one of their neighbors who was also haunted by the priest, we know that he has tormented other black families before and caused them mortal harm. This is what he has attempted to do with Lucky and her family as well, but he hasn’t succeeded because the family sticks together and perseveres. 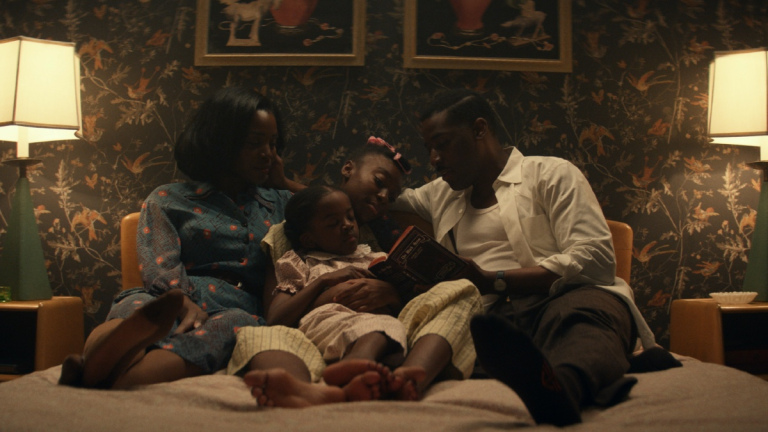 The priest is the literal embodiment of racism, and we see how he destroys black families by turning them against each other. The other black family that he haunted faced a sinister outcome, with the mother killing her young sons and disabling her husband forever. When the priest remarks about Lucky’s tenacity, he is referring to the fact that he has not been able to infect her family to attack each other, even though he almost succeeds in making Lucky attack her daughter Gracie with an ax.

His subsequent threat of corrupting Lucky’s kin shows us that the priest plans to continue sowing hatred and fear in the black community, attempting to make it implode. His threats mirror the insidious effects of racism that destroy people by playing on their darkest fears and insecurities, which is what we see the priest and the other ghosts that haunt the Emory family do. What he says to Lucky means that despite her family’s resistance to his murderous suggestions, he will find others who are not as resilient and continue to “corrupt” and destroy unsuspecting black families.