Theresa Jones’ Murder: How Did She Die? Who Killed Her? 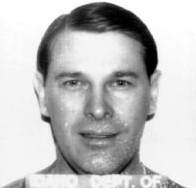 Investigation Discovery’s ‘Ice Cold Killers’ is a true-crime series that features tales of crimes from the harshest climatic regions of America. Every episode explores and details cases of ‘ice-cold’ murderers and the sadistic acts against their victims. The series entails dramatic recreations of the most harrowing crimes committed in the backdrop of rugged wilderness, unfolding psychological thriller-like stories one event at a time.

In one of the 42-minutes long episodes of the series, the brutal and merciless murder of Theresa Jones has been highlighted. Under the episode title ‘Chilled to The Bone’, released on January 20, 2017, the audience comes face-to-face with a convict who has a ruthless and gruesome MO. The gory details of the crime have left us seeking more information regarding the case.

How Did Theresa Jones Die?

Theresa Jones was living with her boyfriend, George Junior Porter at Jones’ residence since late October 1988. Jones’ neighbor, Bonnie Funnemark, noticed Porter beating Jones in her and Jones’ yards on the morning of December 7, 1988. In the course of this commotion, Porter had broken one of Funnemark’s windows which prompted Funnemark to inform the Kamiah Marshal’s Office about the incident. The deputy marshal, dispatched to the scene, tracked down Porter and Jones near a church close to Jones’ residence. Porter was taken into custody for misdemeanor battery but released later that same day. Thereafter, on December 12, 1988, Jones pleaded with the Kamiah Marshal’s office to evict Porter from her house, in response to which Porter was sent to his brother’s house in Idaho County on the morning of December 13, 1988.

On the evening of December 16, 1988, the Kamiah Marshal’s Office received another report from Funnemark saying she had not seen or heard from Jones for about a week and had not noticed any smoke coming out from her chimney. Responding to the call, two deputy marshals arrived at Jones’ house. They entered the residence to find Jones’ body on the bed, naked and covered with a sleeping bag. According to the testimony of one of the deputy marshals, the victim had been subjected to severe beating in the face and head regions along with her lower body. In the preliminary investigation of the crime scene, the officers from the Kamiah Marshal’s office and the Lewis County Sheriff’s Office found blood on the floor and on the walls of the bedroom Jones was found in, and in the bathroom basin.

Another significant piece of evidence, which later proved crucial in the trial, was clumps of hair that matched the victim’s hair on the bedroom floor. The autopsy reports revealed that Jones had died of multiple blunt trauma to the head. The pathologist who performed the autopsy further mentioned that there were three to six areas on the victim’s scalp where the hair appeared to have been pulled out. Jones’ body was then cremated after Law enforcement officials authorized the same. George Porter was arrested in June 1989, in connection to the death of Theresa Jones.

George Porter, who had been in a relationship with Theresa Jones, killed her. Porter had been seen by Jones’ neighbor beating Jones in their yard. When he was arrested in June 1989, the court-appointed counsel to represent him in his trial. In a two-week jury trial during January 1990, the state produced evidence of prior incidences of physical battery based on the testimonials of Porter’s former girlfriends. Porter’s characteristic pattern in his abusive behavior including hair-pulling and aggressive beating was identified from the testimonials of all the three prior partners and was immediately linked to the manner Theresa was killed in. Porter was initially given the death sentence but was re-sentenced in 2010 making him eligible for parole by 2013.