The Underrated (III): ‘They Shoot Horses, Don’t They ?’ is One of Jane Fonda’s Best 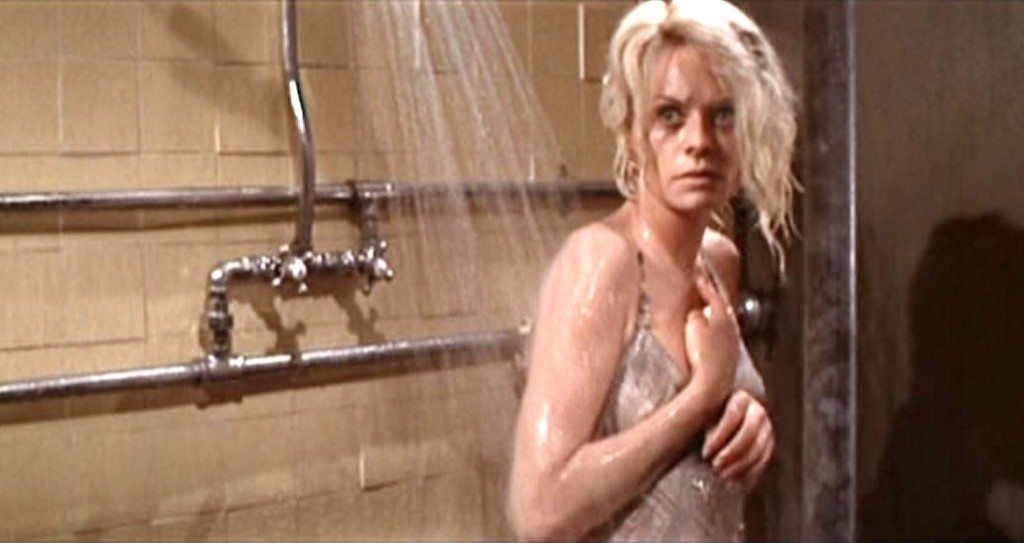 Nominated for nine Academy Awards, Best Actress (Jane Fonda), and Best Director (Sydney Pollack) among them, it was snubbed for Best Picture despite the second most nods of the year, just one behind Anne of the Thousand Days (1969). Easily among the best five films of the year, its reasons for being snubbed are tricky to see in a year that saw Midnight Cowboy (1969), an X rated film win Best Picture, forever altering the course of American cinema. It could have been that it was just too dark for the Academy.

The year is 1932, the Depression is in full swing, impacting the lives of Americans across the country. Robert (Michael Sarrazin) once aspired to be a film director, now broke and wounded, he wanders into a marathon dance competition on the Santa Monica pier. Fast talked by Rocky (Gig Young) the MC of the event to partner with cynical and damaged Gloria (Jane Fonda), Robert finds himself dancing the hours away with the tough as nails though broken young woman who had aspired to be an actress. They find that the dance is populated with some of life’s losers or hard luck stories. There is Harry (Red Buttons) the high energy old sailor too old to be dancing, too vital not to be, James (Bruce Dern) the angry farmer with the pregnant wife, and Alice (Susannah York) the vain actress waiting for the next big role that never came. They dance endlessly, some slow, some fast with some races meant to wear down the dancers and separate those who can endure, those who cannot. They eat meals as they are dancing, though they get breaks along the way where they catch a few minutes of sleep.

Gloria is a bitter woman, betrayed by life, angry at the world and does not make for a pleasant dance partner for Robert, any more than she would make a good partner for anyone in life. That is the metaphor of the film, the marathon being life in many ways, obstacles put up to be smashed down, though some cannot be overcome.

At the center of it all is Rocky, the equally cynical and bitter MC who organizes the event, overseeing the proceedings through whiskey soaked eyes. He is not above seducing one of the women as a way to amuse himself, and perhaps to further humiliate them. His constant barking of “Yowza! Yowza! Yowza!” wears on the dancers as much as the terrible fatigue.

And poor Gloria will find out the corruption that exists in the contest like life and can no longer bear it. Angry and desperate she will ask of her partner something unspeakable, which leads to the utterance of the title to the police. Beaten before she has started this time, she gives up on all of it, including herself.

Jane Fonda was best known as Henry’s daughter, Peter’s sister and a growing sex kitten in Hollywood, capable in Neil Simon comedies. Her explosion out of this film as a dramatic actress was near volcanic, impacting the film world like nothing either her father or brother had done before, not even Easy Rider (1969). Nothing she had done previously prepared anyone, audiences and critics alike for what she accomplished as Gloria in this astounding performance. Suffice to say a star was born, quite literally overnight. Beautifully capturing the young woman’s fragility, bringing to us an understand that what had happened to her before arriving at the dance marathon had broken her spirit, and really she had no chance of surviving in the world as it was. In the microcosm of the world that is the dance marathon she comes to understand this, finally coming to her solution. With this performance, in the manner in which she created this distraught young woman, Fonda became the finest actress of her generation and in American cinema.

Sarazzin was an up and coming actor who never quite broke through, despite this film and the box office hit The Reincarnation of Peter Proud (1974) five years later. Touted as one of the rising stars of his time, he would disappear into relative obscurity by the end of the seventies.

Gig Young was a revelation as Rocky and won the Academy Award for Best Supporting Actor, defeating amongst others Jack Nicholson for his performance in Easy Rider (1969). Young was superb in the role, seedy, a sexual predator, a crook who knew it and was comfortable in his own skin, even though that skin was that of a lizard.

Oscar-winning character actor Red Buttons was brilliant as Sailor, the tough old sea dog who dies of a heart attack on the floor, Susannah York haunting as the insane Alice, broken far worse than Gloria, and Bruce Dern made a strong impression as James.

The movement of the film was magnificent, pulling the audience into this world, so much so we could just about smell the sweat off the dancers and feel their pain. The stunning slow motion sequence in which we see Sailor suffer his heart attack was agonizing to watch and see, yet one of the cinema’s most powerful sequences, a fight to beat back death as it knocked on the door. Director Sydney Pollack broke through with this film and became one of the most reliable directors of the seventies and eighties, working towards his own masterpiece, Tootsie (1982). Pollack was able to walk the fine line between a true artist as a filmmaker and a mainstream director able to deliver the goods at the box office. Jeremiah Johnson (1972), The Way We Were (1973), Tootsie (1982) and his Oscar-winning Out of Africa (1985) are among the best work he did.

Looking back the film holds up remarkably well, with Fonda’s towering performance still among the finest ever put on film, and its tough message, using the competition as life remains true to this day, sometimes only the strong survive. But it is the strong of the mind, not the body.