10 Things You Should Never Do While Watching a Movie 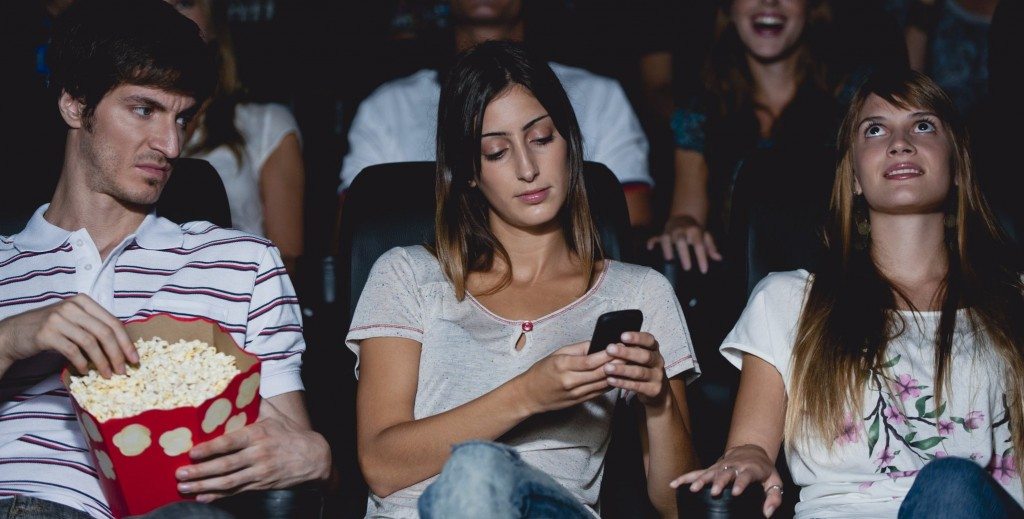 What are the things that you should not do while watching a movie? This is a topic that people tend to swipe under the carpet but a lot of these do make a huge difference in the viewing experience. Watching a movie isn’t as easy as we make it out to be. Excessive devouring of commercial blockbuster flicks has turned us into passive audiences who for whom movies are mere consumable commodities. However, every film deserves a lot more of our attention and demands more of our thinking and imaginative abilities. But most of the time we end up disliking certain films. Ever thought that maybe it’s not the movie but probably just something you were doing that hampered the film experience? Probably, yes. So let me take you to a list of 10 things that you should not be doing while watching a movie.

1. Use of Cell Phones 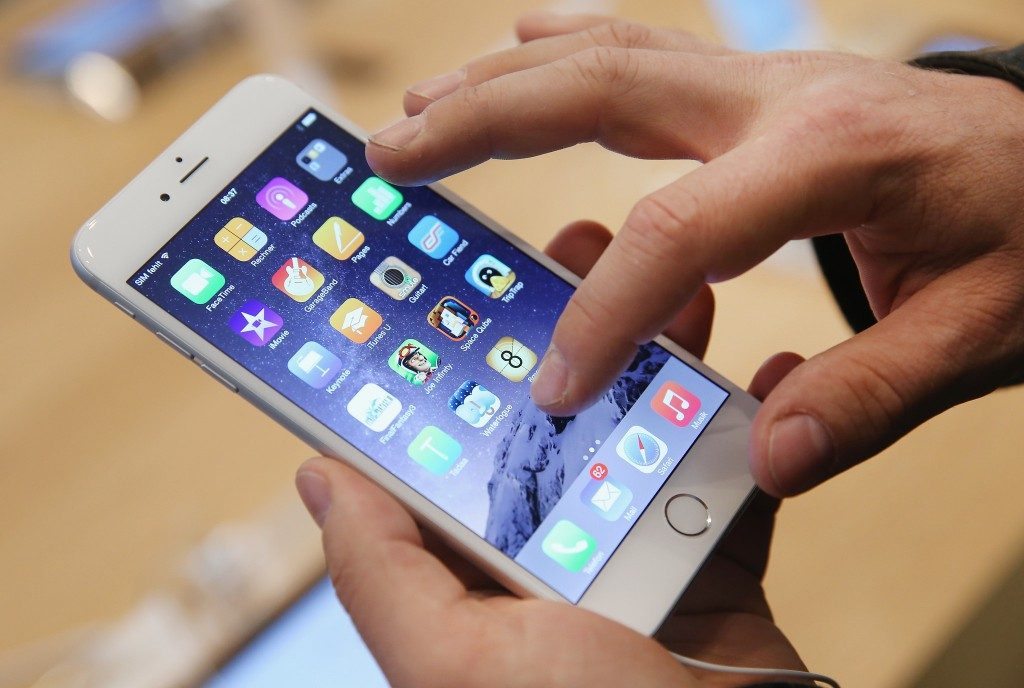 Let’s firs get this onto our heads. Filmmakers aren’t at our service. Cinema, I believe, is a two-way process. We, as audiences, are as much involved in the process as its makers. Cinema won’t be much of an experience if you are too busy replying to your friends’ text messages or uploading pics on social media. Cell phones are the biggest distraction while watching a movie. Stay away from it for about 2-3 hours as far as you can so that the next time you won’t be cribbing about how boring or tedious the film was. Filmmakers have poured off their blood and sweat out on to the screen for you to have a magical experience. Every filmmaker deserves more than that. Stay away from gadgets and get absorbed. 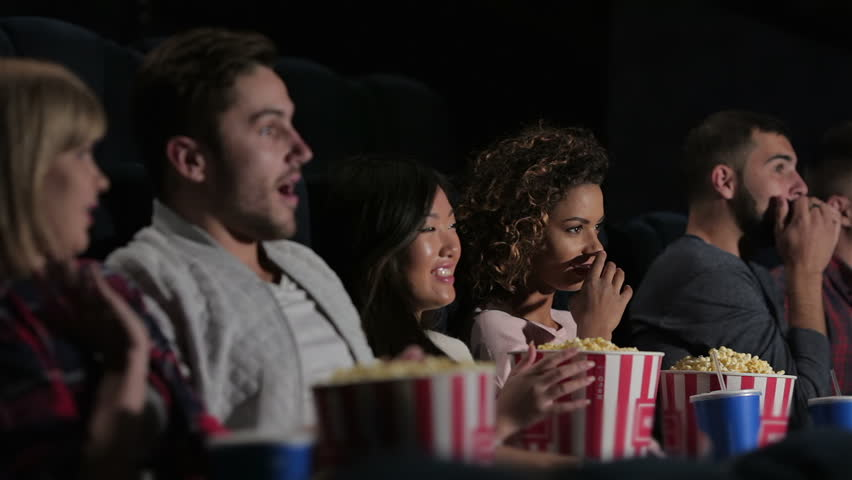 First and foremost rule for watching a movie is to not talk about it, or for that matter, anything at all. Chit-chatting while matching a movie absolutely hampers the viewing experience of it. Maybe your stomach is brimming with questions but it is more appropriate that you keep your doubts and thoughts to yourself and wait patiently till the end of the film to discuss or analyze it. Talking not only destroys your experience but also annoys the ones sitting besides you and it is best to zip off your mouths for about 150-180 minutes. Patience..Patience is the key to watching cinema. 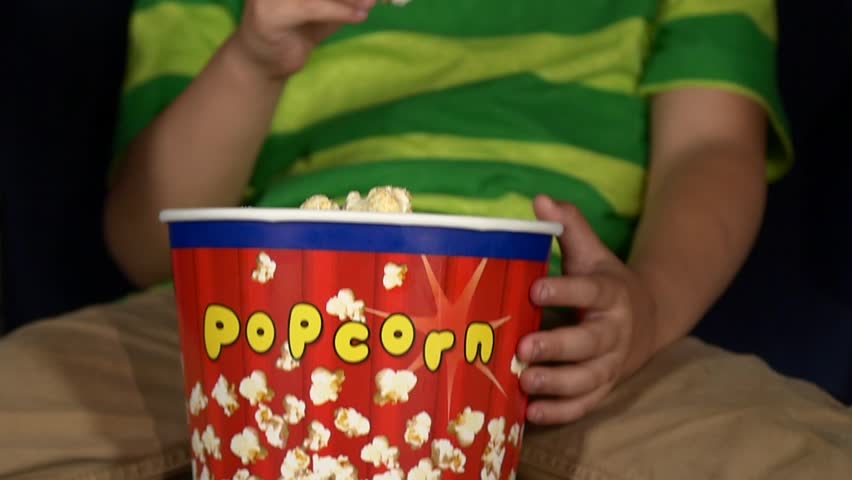 This comes from a more personal experience of mine. But eating is a strict NO while watching movies. Eating kills the experience of watching a film and does not let you savor the subtle, intricate nuances of the film which makes a big difference in what it eventually does to you. Cinema includes just about everything; the visuals, the sound, the music, the performances and so on. Part of our brain obstructs us from totally experiencing the film as the crunching sound overpowers the film at most places and we end up on missing the many insignificant, minute details of the film that account for a larger cinematic loss eventually. 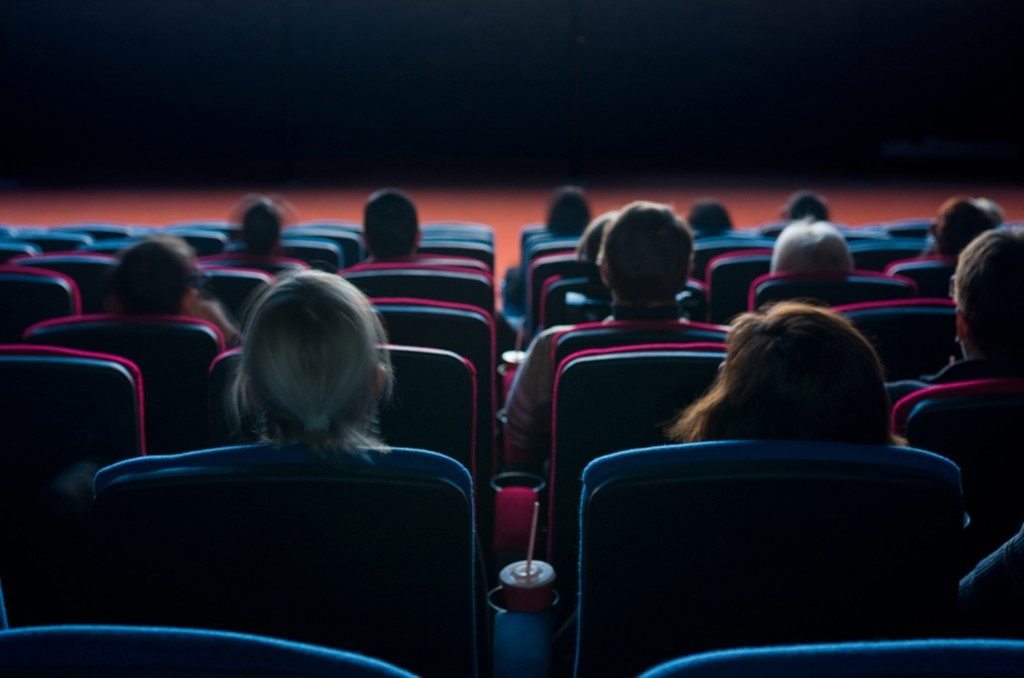 It’s best recommended that you finish your movie in one sitting/go rather than watching it in bits and pieces on separate days. Watching it in long intervals might detach you from the film and chances of you disliking the film are a lot more than when you finish it all in one sitting. Make sure you get rid of all your commitments and ensure that you are in the right mood for for the right film. Do your research on the film, have an open mind and sit through it straight away. A film is less likely to disappoint when you completely give yourself on to it. 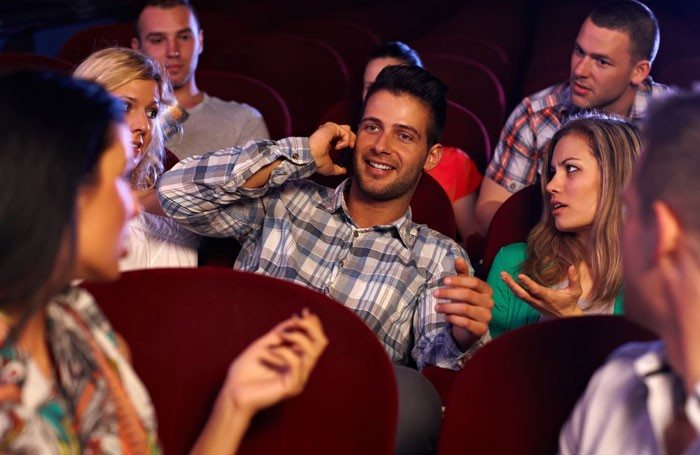 Again, this is something I’ve come across frequently in real life among friends and family. People often tend to engage in conversations/other activities while the movie is being played. Certain details of the film are often missed during these tiny moments of frivolousness. It might well be a significant part of the plot, a character revelation or a shot that dramatically changes the film that could be lost for nothing. Every film, be it a European Art-House film or a popcorn thriller flick, deserves to be looked at and each and every frame is crafted for you to savor and appreciate.