Are Thomas Ravenel and Ashley Jacobs From Southern Charm Still Together? 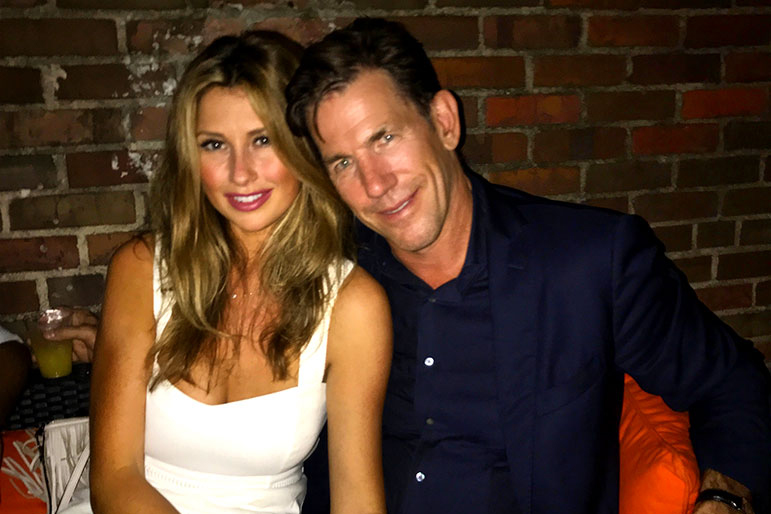 “Southern Charm” fame Thomas Ravenel met the gorgeous Ashley Jacobs in the spring of 2017 and wooed her with all the glitz and glamour of being a politician and a Television star. Their relationship began on a beautiful note where Ravenel behaved like a well-bred gentleman as he took her around the town, showing her places to eat and live. She even appeared in the same reality show which added to the gratitude she felt towards her boyfriend for the changes he was making to her life.

Last year, Jacobs exited the American reality TV series which recounts the personal and professional lives of seven patricians residing in Charleston, South California. Ashley felt like she did not belong to that world, either. But this feeling occurred only after they had tightly shut the doors on the possibility of a romantic relationship between them. Thus, answering the inevitable question, “So are they still together?” ‘No!’ Ravenel and Jacobs are not together and have parted their ways a long time back.  But why did they separate? Let’s find out.

Ashley Jacobs’ Side of the Story

Ashley Jacobs was born in Los Angeles, California, and also spent a part of her childhood in Santa Barbara. She lost her father at a very young age which directly led her to make the choice of becoming a nurse as a profession. Finishing her nursing school in 2008, she went on to take care of those suffering from the spinal cord and traumatic brain injuries.

Jacobs saw Ravenel at a bar in Santa Barbara in May 2017 and went to ask him for a picture since her best friend was his huge fan. She had met him at a point in her life when she was not talking to her family and had an absence of a support system in her life. Being fascinated by his stardom, they started dating.

Only after three months of dating Thomas, Ashley Jacobs uprooted her life to move to Charleston. She felt that Jacobs seemed to fill a gap in her life and so she welcomed him with open arms. But little did she did know what she was getting herself into. Being a registered nurse, she was looking for a job opportunity to transfer to another hospital in Las Vegas. So in comparison to her own plans, she liked to picture herself next to him. She admits that because Jacob is a famous personality, she got blinded from the truth of the whole situation.

Now that she is completely out of it, Jacobs calls the duration she was with him “the worst year of her life.” They separated their paths and gave it closure in February 2019. She is now in a very healthy and happy relationship as it looks like she has found the one. Feeling like it is too good to be true, she proudly shares the details for her boyfriend, Mike Appel.

Thomas Ravenel’s Side of the Story

An American politician who has run for the office in 2014, Thomas Ravenel has plenty of accomplishments to boast. He had even been one of the six socialites whose lives were chronicled in the Bravo reality TV show, “Southern Charm.” He gained immense popularity after the grandeur of his life was on public display. But it did cause him personal harm as somehow, the reality series began to show him in a negative light.

After graduating from The Citadel in Charlton, he received his degree in Masters Business Administration from the University of South Carolina. With such credentials and the career that he built from them, it may seem like he has it all. But one cannot be more mistaken.

Thomas Ravenel was charged with federal drug abuse in June 2007 and had to resign as the treasurer the next month. He went into a rehabilitation center and was sentenced to 10 months of federal punishment. In the year 2018, two women came forward to press rape and sexual assault charges on him. The next year, he pled guilty to third-degree assault and agreed to donate $80,000 in the name of the “sexual assault survivor.”

Even before his relationship with Ashley Jacobs, he had two children from his ex-wife, Kathryn Dennis. Daughter Kensington Calhoun and son Saint, are born in 2014 and 2015, respectively. The parents fought a long ongoing battle for custody which finally reached an agreement in 2019. They now share joint legal and physical custody as is in the best interest of their children. Thomas Ravenel welcomed a baby boy to his family from his ex-girlfriend Heather Mascoe. They have named him Jonathan Jackson Ravenel and are proud parents.

It seems as if Thomas Ravenel just went on to live his life quite normally even after the heart-break Jacobs suffered through the entire process. He chose to never speak about it or disclose the part Ashley played in his life. It would not be too surprising if the real reason was that Ravenel just did not care enough to comment on it.

With all that being said, Ashley Jacobs admits to being in talking terms with the man who was her pillar of strength during her vulnerable times. She even dedicates a video of their pictures together to say to the world that even if the relationship is over, she will always treasure the memories they made together.

Read More: What is Thomas Ravenel’s Net Worth?