‘Thondimuthalum Driksakshiyum’ is the Best Indian Film of 2017 (So Far). Here’s Why. 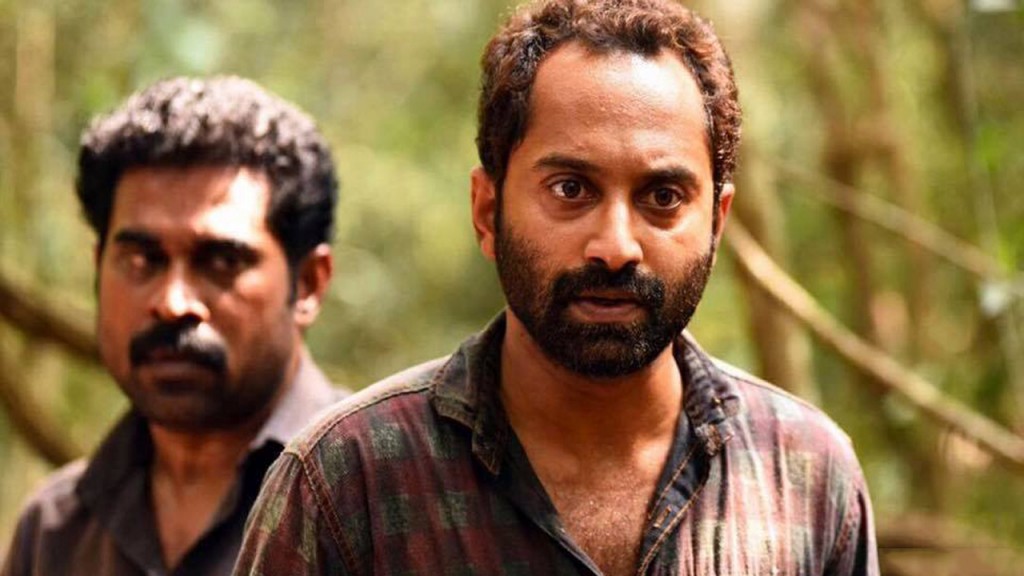 One of the more prominent film industries of India is found in the state of Kerala, but during the past two to three years or so, nothing came out of it that wasn’t a heap of disappointment. Most of the releases had similar storylines that either fell into the romance or comedy genres, and they were starting to get very tiresome. I had pretty much completely lost hope in these films, and wasn’t all too thrilled to watch ‘Thondimuthalum Driksakshiyum’ before walking into the theater, but soon after its opening scene, I knew that I was in for something special.

The title, roughly translated, is ‘The Exhibits and the Eye Witness’, and it tells the story of a poor couple, eloping from their village, whose lives depend entirely on a necklace adorned by the female counterpart. Unfortunately, during the bus ride away from home, the necklace is stolen. The wife assures everyone on board that the person responsible for the theft is the man seated behind her, who had gulped down the piece of jewelry before anyone else could notice. This causes a lot of bustle, and the man is taken along with the couple into a local police station for questioning, which leads to the events that make up the rest of the film.

Now, Dileesh Pothan, the director, had released another feature starring Fahad Faasil last year, titled ‘Maheshinte Prathikaram’ (Mahesh’s Revenge, 2016) that went on to win several accolades and was both a critical and commercial hit, but I thought it was a confused mess that held a very familiar and cliched story within itself. ‘Thondimuthalum’ is different because here, it works. Before getting into the crux of its artistic excellence, I have to take a moment to praise the title and how it aids the film. Many pivotal scenes that take place are never shown on screen, and these are left to the audience to guess out. We never really ‘witness’ those important moments as they happen, and I find that to be a beautiful little extra touch that allows moviegoers to fully immerse themselves into the experience.

This is where the movie succeeds primarily. The viewers are able to connect with the characters on screen, in such a way that not one actor or an extra goes to waste. The dialogue doesn’t stop happening when one scene cuts to the next. It continues to play in the background with all the naturality and energy that it had back when it was of prominence. Most of it happens within the aforementioned police station, where we become empathetic towards the main persons of the film (being the two lovers, the supposed thief, and the police officers) as they become helpless in their own sorry worlds. I guess because of this reason, the film is more of a dark comedy than anything else, because within each laugh is a hint of pain.

There isn’t a villain in this picture, not really. Fahad Faasil’s character, the man who is accused, is someone for whom we slowly fall for, partly because he’s more naughty than cunning. The fact is that he is very clever, and in each and every move he makes, there is a spark of his intelligence. Other than something we assume to be true regarding his old job which involved making parathas, he never reveals anything of authenticity or relevancy about himself to the other characters. This makes him the victim of several hits and kicks from the officers, which ends up disturbing his accusers, who form a silent bond with him.

‘Thondimuthalum Driksakshiyum’ is a film about many things. It’s concerned with love, regret, hatred, forgiveness, and helplessness. The relation each character has with one another is clearly defined to a point that it feels so very real. The screenplay is solid, and probably one of the greatest scripts in Indian film history. Although I’m not a particularly big fan of songs in movies, the ones here are timed just right and help to set the mood really well (although I wouldn’t say the same for the background music). It is filled with moments of tension, and the tight editing brings us closer to the ongoing situations of the film. There’s a sort of hierarchical taunting that takes place throughout the picture, which I thought was a smart way to utilize dialog as a medium of establishing power dynamics.

Although the highlighted star of the film is Faasil, the protagonist is played by Suraj Venjarammood, who I believe has left his buffoonish comedy (that wasn’t really all that funny) days to focus on much more compelling roles, as he has proved with many of his recent performances. He plays the husband in the runaway couple, who were already facing several problems before encountering this new one. I admire the richness of this character because of how he tries to make sense out of the confusing state he is in. Being ever-so-observant, he notices what happens in and around the station, which leads to his own conflicting thoughts. On the one hand, he really wants to get that necklace back, as he needs it for financial support, but on the other, he starts to take a liking towards his “enemy” in such a way that he would rather the ornament stay in the accused’s stomach.

Fahad Faasil gives a career best performance in ‘Thondimuthalum’, because his expressive eyes convey more to the audience than mere words ever could. There’s a particular scene that I thought was downright brilliant, where the man loses consciousness after being struck by officials a little too hard. If that isn’t the best acting moment I’ve seen all year, I honestly don’t know what is! There are several other characters played in both a gracious and professional manner by a bunch of newcomers. I believe this is so because of the eminent director, and I can really see Pothan going far so long as he chooses to approach the cinematic medium with this same sort of defining, innovative, and thoroughly entertaining style.

Getting into the technical side of things, Rajeev Ravi’s cinematography is beautiful, and it helps to set the film apart from others. I could tell from the opening shots and the way they were structured that this was going to be a different film. There is a long shot early on, which introduces us to the police station, and its absolute perfection, to the point where it could be taught in film schools. Many scenes are lit perfectly, and the presence of a person behind the camera who meticulously signaled the actor on screen to stand in a particular spot so as to get the natural light to shine directly upon him/her is felt, which is something I otherwise find lacking in most Malayalam films of today.

When the picture wants to show pain, it does, and it is very hard to watch. Shots are held on for long periods of time so that we don’t even get a chance to breathe when, say, a character goes through something harsh and unpleasant. I found it to be a very balanced film, with equal portions of comedy, sadness, mystery, and pain. Sometimes the comedy is very ingeniously subtle, like a bit where a police officer breaks his lathi in the background for purposes that I do not wish to spoil in this review. 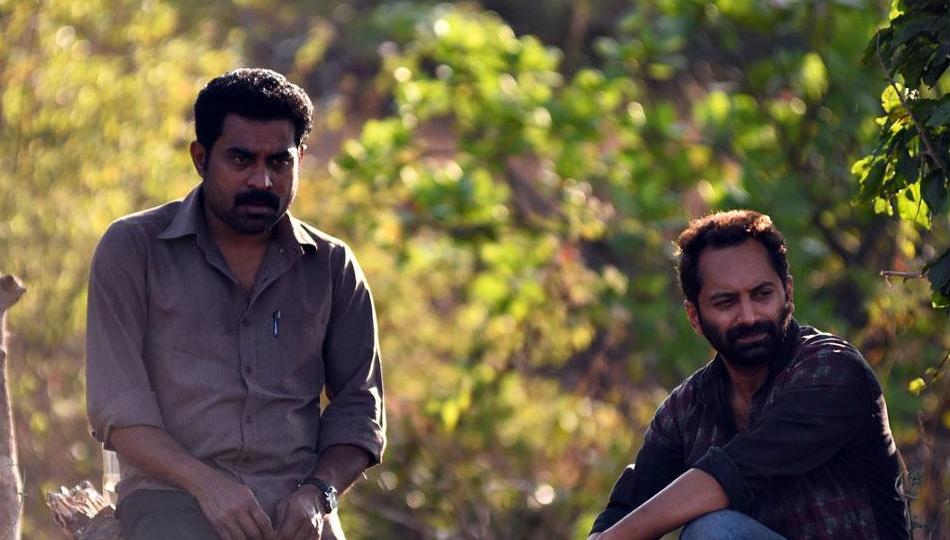 Overall, ‘Thondimuthalum Driksakshiyum’ may very well be the best film I’ve seen this year, and it definitely is the best Indian film of 2017 so far. Movies of this type deserve to be known worldwide, because they do stand a chance with international cinema. Filmmakers who do what they do out of love for film, they are the ones that we need to appreciate. My flaws with this picture are very little, and are mostly pertaining to some minor editing choices, but they don’t hinder the experience in any significant way. This one feature has helped restore my faith in the Kerala film industry, and I hope to see many like it in the years to come. I can’t wait to watch this again, and I really can’t wait to hear more people talking about this movie. A masterwork in its own right, up there with the modern classics of our century. Don’t miss it.