Will There Be a Time Trap 2? 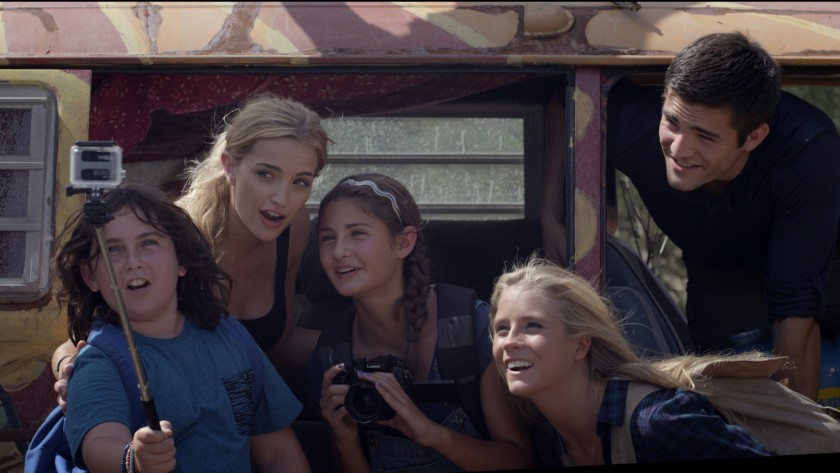 Time is relative. Einstein proved it scientifically, but in truth, did we ever need anyone to tell us that? Doesn’t time fly by sometimes, while in other instances, it seems to be stuck in one place. It works differently for everyone, and while we might only feel this psychologically; in the depths of the universe, this difference takes a more measurable form. ‘Time Trap’ explores this idea, but without becoming a space-movie. It is set in a mysterious cave that bends time in its favour, and hence, prevents its inhabitants from ageing.

What is Time Trap About?

Before giving a serious thought to the possibility of a sequel, let’s take a look at the events that transpire in ‘Time Trap’. Jackie and Taylor work for Professor Hopper. He is an archaeologist and has been focused on a very fascinating project. The film begins with him wandering in a desolate place, far from civilization. His dog, Boss, is the only one who accompanies him. In the wilderness, they come across an abandoned caravan. Hopper lingers for a while, caressing the belongings left behind. We don’t get it at first, but later it is revealed that it belonged to his parents who had disappeared, along with his sister, when he was just a kid. He finally discovers the entrance to the caves and goes in, unaccompanied by anyone.

When he doesn’t return for two days, Taylor and Jackie find their way to the caves. They are joined by Cara, her sister, and her sister’s friend. They find a different entrance to the cave and rapple inside. On sensing danger, they try to climb back, but someone cuts their ropes and they are stranded inside. Meanwhile, the world outside changes with extreme pace. The story moves forward as the group tries to figure out what is happening to them and how they can get out of this situation.

No. At this point of time, the makers have not yet confirmed anything. The fact that the film didn’t perform well at the box office, almost rules out the possibility of a sequel in near future. Having said that, just because it is not happening right now, does not mean it will never happen. The film has been gaining a cult-like following after it was released on Netflix. Now, the question is, if there is a sequel, what could be the scope of it.

We do know that the ending of ‘Time Trap’ comes full circle and ties up every loose end. Whatever mysteries the audience had to chase are all concluded clearly by the end. The group realises that they are trapped in a place where time has stopped, or at least, moves forward in a very slow place. So slow that the Neanderthals who had been trapped here are still here. They also come across the Fountain of Youth, the one thing that attracted people from all over the world and from all sorts of eras. Whoever found their way here, never went back. While they are stuck inside, the world goes through drastic changes. Climate change hits hard and Earth becomes inhabitable. As more time passes inside the cave, humans evolve outside and eventually turn into a species that in comparison to them, the protagonists become “cavemen”. The Neanderthals are still inside and, due to their savageness, kill everyone who comes inside the cave. The group realises this threat and as they try to run away, for a moment, it seems like they might fail. However, they are saved in the nick of time.

The ending finds everyone safe and sound and alive, onboard a spaceship that overlooks the Earth. Hopper is reunited with his family, and the rest prepare themselves for the unknown. Even though this is a resolution to the plot of ‘Time Trap’, it also means limitless possibilities for its characters.

Time Trap 2: What Could it Be About?

‘Time Trap’ is a movie that is full of questions. The moment Hopper finds the entrance to the cave and we see a strange man who seems frozen, the string of questions begins. Who is that man? What happened to him? What is inside the cave? What happened to Hopper? What is happening inside the cave? Is there a way out of it or will the chracters stay there forever? The movie wraps up all these questions only to throw a whole lot more. Now that all the remaining humans are touched by the Fountain of Youth, what does it mean for them? Are they immortal? Will they never age?

But all of the above are not the most important questions. What we are really interested in is the new world. We know that when humans realised the Earth was doomed, they escaped with a handful on a spaceship. Cara sees it in the sky when she comes out of the caves for a brief period of time. When the evolved human shows the footage from the past to the group, we hear a section about the discovery of a new Earth. So, did they find a new planet? Were they successful in transferring all humans there or did only 250,00 (same as the capacity of the spaceship) make it out alive? The sequel might also focus on the evolved species. What are humans like now? What atmosphere have they adapted to and what new organs and abilities have they developed as a result of their evolution? It’s a brave new world and ‘Time Trap 2’ could delve into all that. Or, it could do something better.

Since it is a movie about time, instead of going forward, it could take us back. It could explore the origins of the caves and the Fountain of Youth and might also feature the story of one of the characters still stuck there. Taking a step further, it could also link the past with the future and play as much with the concept of time as it pleases. The prospects are limited only by imagination.