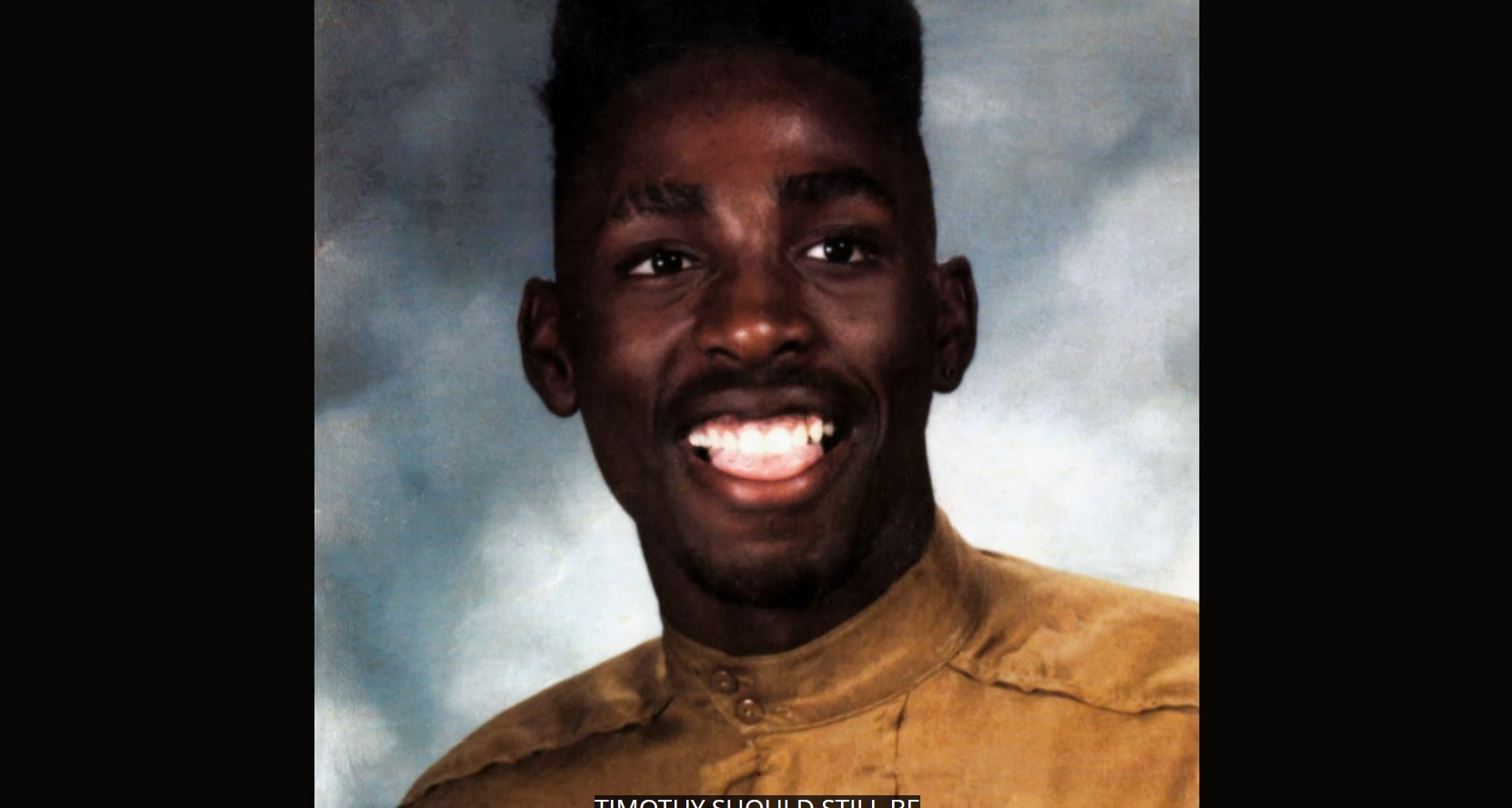 Residents of Colorado Springs, Colorado, witnessed a shocking death in 1992 when the police arrived at a party to find teenager Timothy “Tim” Peart dead. Though the people at the party initially refused to cooperate, they soon indicated that he was a victim of gang-related violence, which puzzled the cops. Investigation Discovery’s ‘Homicide Hunter: Lt. Joe Kenda: Timothy Peart’s Last Dance’ chronicles the brutal murder and follows the police investigation that eventually got to the bottom of the incident. Let’s delve into the details surrounding the case and find out more, shall we?

How did Timothy Peart Die?

Timothy “Tim” Peart was just 16 at the time of his death and resided with his parents in Colorado Springs, Colorado. While he was close to his family, people who knew the teenager described him as a hardworking, generous, and loveable person who was always ready to help others and talked to everyone with a smile. Besides, Tim was a brilliant student in his sophomore year at Sierra High School and had massive aspirations for his future.

Like any other teenager, Tim loved hanging out with his friends, and on November 21, 1992, he attended a party hosted by Arthur Jones and Bobby Dickerson. Incidentally, Tim’s brother, Tyrone, accompanied him to the party, although the two were in separate rooms at the time of the killing. The latter last saw the 16-year-old dancing and having fun and had just turned away when a gunshot broke through the air. He immediately rushed to the other room to find Tim collapsed on the floor in pain.

Once the first responders arrived on the scene, they found Tim on the floor, lying in a pool of his blood. Although he had what looked like a gunshot wound on his chest, the teenager was still alive, and authorities immediately transported him to a nearby hospital. Unfortunately, fate wasn’t kind to Tim, as his injuries proved too grave, and he passed away while still under medical care. Later, an autopsy determined that the gunshot wound to his chest led to his untimely demise.

The initial investigation into Tim’s murder was tricky as the police did not have a lot of leads to go by. They canvassed the area and even searched the house, but to no avail. Besides, many people at the party had witnessed the murder, yet most refused to speak out or cooperate for fear of the police. Eventually, authorities managed to gain the trust of a few and discovered that most of the people at the party were wearing blue, which coincides with the colors of the Crips gang.

Moreover, after talking to several partygoers, the police learned that shortly after the gunshot, people saw two men wearing jackets of the rival Bloods gang fleeing the scene. Despite the people at the scene insisting it was a case of gang violence, the police weren’t satisfied with the information and decided to investigate further. They also had the difficult job of informing Tim’s mother about his death but had no idea that a shocking revelation was awaiting them there.

Once the police spoke to Tim’s mother, she mentioned how he had gone to the party without her knowledge. However, she then claimed that her son’s friend, Arthur Jones, had approached her after the incident and confessed to killing him. Authorities immediately spread the word and had officers searching for Arthur, yet he was nowhere to be found that night. Surprisingly, law enforcement officers did not have to wait long as Arthur turned himself in the following morning, confessing to the crime and showing remorse about his actions. Subsequently, authorities learned that he was playing with a gun at the party when it accidentally went off, killing Tim.

Where Is Arthur Jones Now?

When arrested and put on trial, Arthur Jones confessed to his crime before the judge and pled guilty to a single count of criminally negligent homicide. As a result, he was sentenced to two years behind bars in 1993. With his sentence now over, the show mentioned that Arthur has since been released from prison. Nevertheless, he has since kept his personal life under wraps making his current whereabouts unclear.