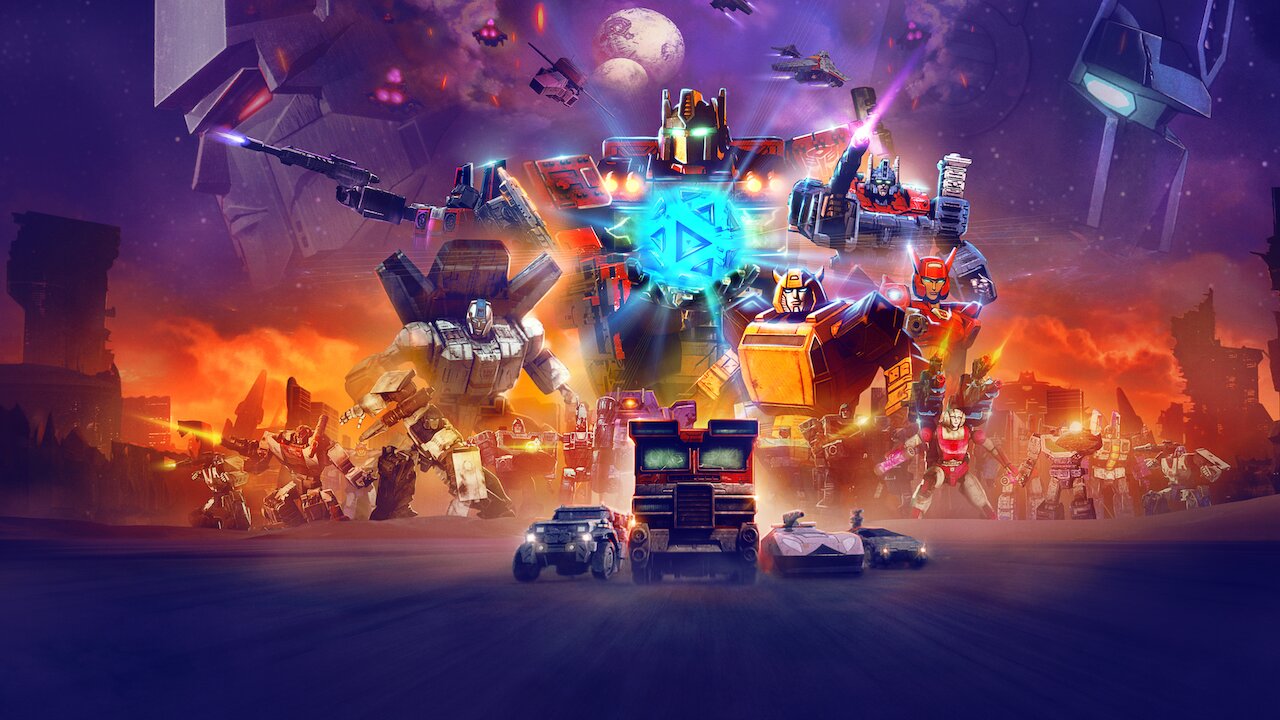 ‘Transformers’ is one hell of a franchise. What started from a bunch of shape-shifting toys, later found its way into the world of anime, and eventually even traversed to the big screen. Due to this, the franchise now has fans from almost every part of the world. So by recreating an already popular anime that once premiered on Cartoon Network’s Toonami shift, Netflix helms on a big responsibility. Surprisingly, the result isn’t all that bad.

‘Transformers: War for Cybertron’ Part 1 is bereft of any light-hearted moments or unnecessary drama. It avoids beating around the bush and serves as a quick yet meticulous prologue for the trilogy. Not just ‘Transformers’ fans but even anime fans in general, should certainly check it out this dark introduction to a potentially promising series that lies ahead.

At its very onset, the series shows that the world of Transformers, Cybertron, is torn apart by two opposing forces— Autobots and Decepticons. Amidst this war, Bumblebee takes a middle ground and supports neither. He only intends to survive and keep his head above water by supplying Energon, a preferred fuel of the Transformers, to the Autobots. The corrupt rule of Megatron, the leader of the Decepticons, clouds the judgment of every other Transformer on Cybertron. As he slowly plots to eradicate the Autobots, Optimus Prime is forced to come up with a plan that will destroy his race, but save the rest of the universe.

After falling for one of Megatron’s schemes, Optimus Prime comes up with a desperate plan to keep the Allspark away from the reach of the Decepticons. He decides that the Autobots will hunt down the Allspark and then send it out to another planet using their Spacebridge. However, since the Spacebridge hasn’t been used since ages, they first set out to seek the help of a Decepticon named Ratchet. While they are at it, Bumblebee gets chosen to be the next Alpha Trio and acquires thousands of cycles of Autobot history and knowledge. In the end, another Decepticon named Jetfire joins forces with the Autobots and helps them execute their plan to safeguard the Allspark. In a heated battle against Megatron, Optimus Prime throws the Allspark into the Spacebridge and then follows it in his ark. Ultimately, only a few Autobots leave the planet while the others continue their war against the Decepticons.

Instead of starting with complex sci-fi gobbledygook, ‘Transformers: War for Cybertron’ sets some groundwork for the uninitiated by recounting all the events of the ‘Transformers’ G-1. However, while I do appreciate how it tries to explain all the fantastical elements of its world-building, its quick pace hinders this. As a result, many viewers, who are unfamiliar with its previous installments, will have a hard time keeping up with its details. Even so, at its heart, the first part of the trilogy keeps things simple by portraying a war between good and evil—Autobots versus Decepticons.

As it progresses further, it subtly blurs the lines between its two polar forces and allows you to root not only for the Autobots but for some of the Decepticons as well. One significant aspect of this anime series that stands out from most other installments of the franchise is its seriousness. Even the fan-favorite Bumblebee, who we’ve previously seen as a light-hearted character, is far too serious. This gritty approach very well works in its favor and comes in tandem with the dark themes of the series. Further complementing it is the war-torn backdrop of Cybertron that has been meticulously designed by the show’s creators. Even other aspects of its animation, especially the character designs, are reminiscent of the original series and very well detailed. The action scenes, for the most part, are fluid, while the expressions of the mecha characters are perfectly nuanced. My only major issue with the production is the lack of any relevant background scores during its battle scenes. Moreover, even the OP and ED pack no intrigue at all.

Overall, despite its evident flaws, ‘Transformers: War for Cybertron’ seems far better than Michael Bay‘s adaptation of the same. At times, the series can be a bit too gritty for its good, but it’s this seriousness that adds more weight to the motives of its “humane” alien robot characters. Because of its short runtime, some plot points feel rushed, but it still manages to develop its characters in such a way that you can almost feel the toll that the Cybertron war has taken over them. ‘Transformers: War for Cybertron-Siege’ is a surprisingly good start to the trilogy, and having a fair bit of idea about what lies ahead, I do expect it to get better.