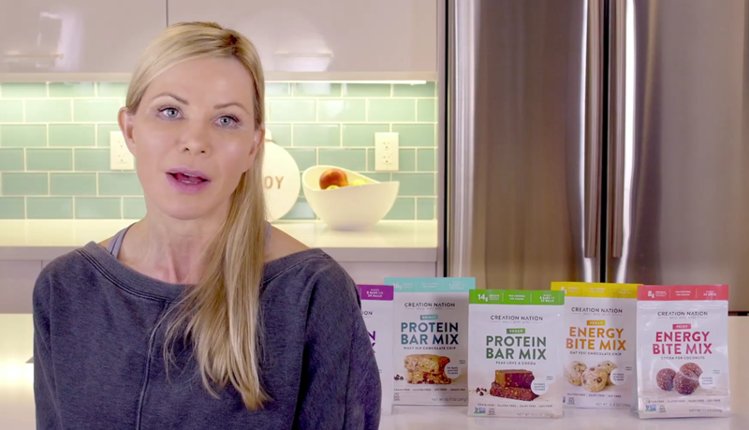 Karen Nation has a nutritious and delicious product that allows health-conscious eaters to make their own DIY snacks. She pitched Creation Nation mixes to the panel of investors on ‘Shark Tank’ season 12, hoping they would take a bite out of her protein bar mix company and give her the investment she needs. We were intrigued by the superfood goodness that Karen pitched in episode 23 of the hit show and wanted to get to know more about the journey of Creation Nation. Here’s what we found out!

Creation Nation: Who Are They and What Do They Do?

Karen Nation had a knack for making healthy snacks even before she started her protein bar mix company. A certified sports nutrition specialist, the California resident was tired of consuming store-bought protein bars that are generally high in artificial ingredients and preservatives. Therefore, Karen began to make her own. Her clients loved the snacks and protein bars she made and eventually wished they could customize the bars to their own specifications.

Karen, who spent part of her childhood in foster homes, had also experienced times when the family she was living with was unable to provide her with healthy foods that met her dietary needs. These experiences led Karen to formulate her brand of no-bake gluten-free protein bar and bite mixes that allow consumers to customize their snacks, while also giving them the freshest, healthiest ingredients to do it. After a few years of research and focus groups, she decided to start Creation Nation in 2014 as an alternative to the “glorified candy bars” that passed off for protein bars in supermarkets.

Creation Nation offers a variety of mixes that can be further customized by adding ingredients of the maker’s choice. For inspiration, they provide multiple tested recipes on their website as well. The process of making bites and bars from the mix is simple, with no cooking or baking required. The ingredients merely need to be mixed, along with a liquid (yogurt, milk, applesauce, or even water), a fat (avocado, almond butter, ghee, etc.), and a sweetener (optional, as per the maker’s wish). Some of the mixes are also Vegan, Paleo, Keto certified, and all the ingredients are sustainably sourced from various high-quality producers around the world.

Taking a stab at solving all that’s wrong with commercial protein bars, Karen’s Creation Nation mixes come in a reusable bag that can be used to store the snacks once they are ready. This saves hundreds of bar wrappers from turning into trash and makes the homemade snacks even more attractive to sustainability-conscious consumers. Creation Nation’s Protein Bar Mix comes in Peas Love & Cocoa and Whey Hip Chocolate Chip flavors, and the Energy Bite Mix comes in Cocoa for Coconuts and Oat Yes Chocolate Chip flavors.

Creation Nation: Where Are They Now?

Creation Nation is based in Malibu, California, and was bootstrapped by Karen herself, with any money earned from the business reinvested into it. However, in 2018, the founder revealed that she reportedly brought one investor on board who she prefers to keep anonymous. The amount invested by the angel investor is reportedly around $500,000. The protein and energy bar mixes began being sold in online and local natural foods stores. Their first big account was Thrive Market, an online natural and organic foods store that raised the product’s visibility online.

Creation Nation mixes have been featured in multiple publications since they started, including Popsugar Fitness and Well+Good. They were also recognized as the Best Sports Product at Delicious Living’s Best Bite Awards and as the Best New Category Development in the Sports & Performance Nutrition category by Bridge2Food. In 2018, Karen also won the NOSH Live Pitch Slam 5 product competition, beating out other healthy food brands. With a straightforward concept that’s convenient and healthy, Karen believes her mixes deserve to be in any store that carries protein bars.