What started off as a mere folk legend, later found its way into literature, and subsequently, it has now become a major part of pop culture. At some point, we’ve all indulged ourselves in gory and profane shows that relentlessly try to re-invent and recreate vampires in a myriad of ways. Almost every year, the vampire craze returns to our silver screens in one way or the other, and with it comes our guilty pleasure of watching some terrible and schlocky violence.

After the surprising success of the French horror series ‘Marianne’, Netflix has now brought us ‘Vampires’ which is yet another teen drama indulging in the good old tropes of the sub-genre, while adding a few twists and turns of its own. As the name itself suggests, ‘Vampires’ is full of some satisfying gothic horror, but overall it fails to leave a mark.

The plot of the series revolves around a vampire named Martha and her four children, who try their best to keep their vampire identities a secret to the world outside. Her youngest daughter, Doina, is a 17-year-old girl who lives the life of an ordinary human high school girl. Her mother gives her these mysterious pills that help her suppress her vampire instincts and abilities. But it just takes one incident to completely turn her life around. As Doina finds herself in a completely new world of the supernatural and her mother confronts her own past, Doina’s human brother discovers a dark secret about the family’s past. 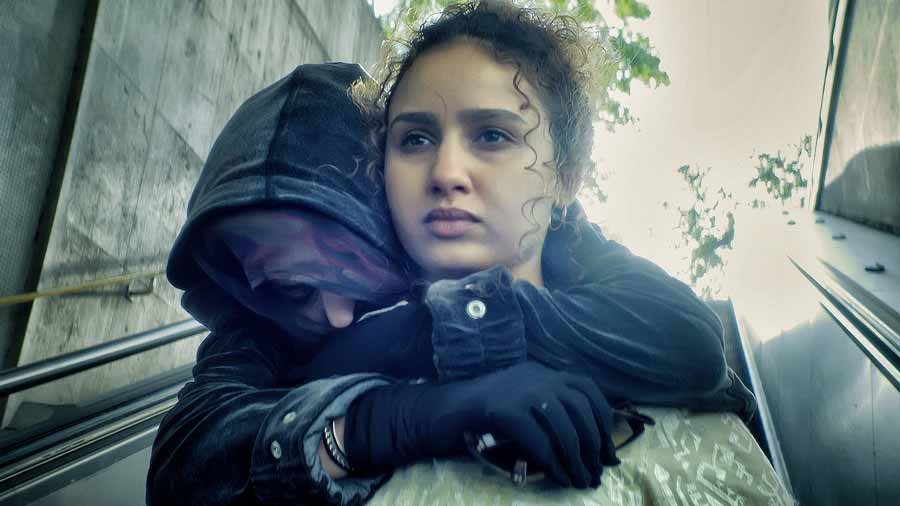 ‘Vampires’ starts off as a typical family drama, depicting the life of a not-so-ordinary family. As Martha makes sure that her two younger kids live the ordinary life that she never got to live, as a viewer, you can already guess what all of it is leading up to. The initial episodes instill subtle intrigue which makes you wonder how the downfall in the family’s life will occur, but at the same time, its clichèd setup just drains all of your excitement right off the bat.

The series moves quickly by first introducing Doina’s school life and teenage hi-jinks, along with some foreshadowing into Martha’s past. But one small decision made by Doina sets off a chain of reactions, bringing the downfall of the entire family into light and throwing them into action. The main narrative which revolves around Diona and her mother is fairly linear and is further bogged down by the weak performances of most pivotal actors.

On the other hand, the secondary narrative of the show, which revolves around Diona’s human brother, is far more captivating than anything else. This narrative subtly introduces mysteries like the pieces of a puzzle and eventually allows you to put it all together instead of making things too obvious. And in the end, it’s this narrative that leads up to the season’s cliffhanger ending.

An interesting curveball into the series is how it tries to explain the origins of vampires by relating it to a disease that potentially altered the genes of humans to turn them into bloodsucking beasts. Although this has again been depicted in several other similar shows like ‘V-Wars’, the whole nature vs. nurture theme reflects on the present world and makes it a little more interesting and to an extent, even philosophical.

‘Vampires’ is entertaining but like most other similar shows, it is not groundbreaking in any way. Its storyline is somewhat pandering to a viewer and if you pay attention to all of its details from the beginning itself, you might even be able to guess how the season will end long before you actually get to its conclusion. A lot more could have been delivered and a lot more depth could have been reached, but at the end of the day, it just turns out to be yet another guilty pleasure that does not ask for any devotion or commitment from the viewer. If it gets renewed for a whole new season, I’m sure many viewers would be remised to watch it, however, no one would be utterly disappointed if it never returns.