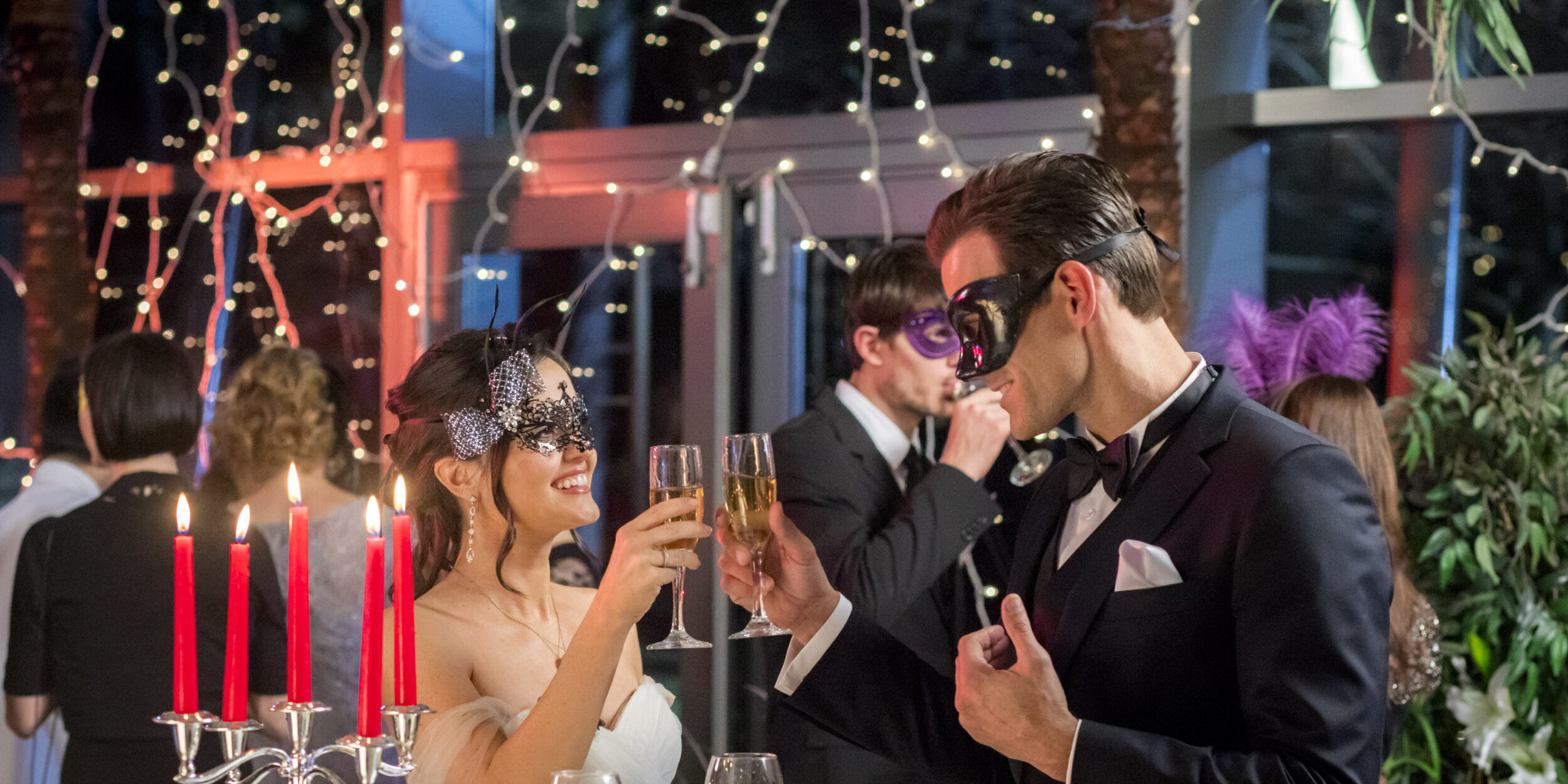 ‘Very, Very Valentine’ is a romantic comedy that chronicles the life of college friends Helen and Henry, who have grown apart because of their careers. Helen now works as a florist in her Aunt’s shop in Brooklyn, while Henry is in Montana. Years later, they bump into each other and rekindle their friendship. Henry loves Helen since their college days but has kept to himself, fearing rejection. When he gets an opportunity to bring a plus one at the Valentine’s Masquerade Ball, he asks Helen who politely refuses on the grounds of being unprepared.

With her Aunt’s help, Helen manages to go to ball, wearing the perfect princess-themed gown. However, she mistakes another guy for Henry and dances along, feeling instant chemistry which is shattered when the guy makes an exit around midnight. Helen narrates the incident to a dejected Henry, who joins Helen on a quest to find “the one.” Will Helen find the mystery man? Will Henry ever muster up the courage to confess his true feelings to Helen?

Originally titled ‘Valentine’s Gala’ the movie has been helmed by Don McBrearty, while Fariba Cain (story) and Marcy Holland serve as the writers. The movie has been lauded for the sparkling chemistry between the leads and the fresh and soothing backdrop. In case you’re wondering: where was ‘Very, Very Valentine’ filmed? We’re are here to help you, in that regard.

The reverse Cinderella-esque tale was filmed extensively in Ontario, Canada. Ontario is located in the heart of Canada. Hoarding over 38.3% of Canada’s total population, Ontario is the most populated province in The Greater White North. It is a popular destination among tourists, and also location scouts who often chose Ontario as a backdrop for movies. As for ‘Very, Very Valentine,’ the movie was began filming in December 1, 2017 and wrapped up on December 17, 2017. Read on for the specific details.

Although the movie is based in Brooklyn, it was extensively filmed in Hamilton, Ontario, since it covers the same vibe. The scenes inside the shop were filmed on a local flower shop in Hamilton. Here’s a behind the scene picture posted by Danica, from her first day on set.

Danica shared another picture, expressing her enthusiasm about the heart-shaped pasta.

Scenes from the Valentine’s Gala were shot at an actual arboretum in Hamilton. Although the name has not been revealed, our best guess is that the grand Royal Botanical Gardens – Arboretum served as a filming site for the awe-inspiring dance sequence and the climax scene. 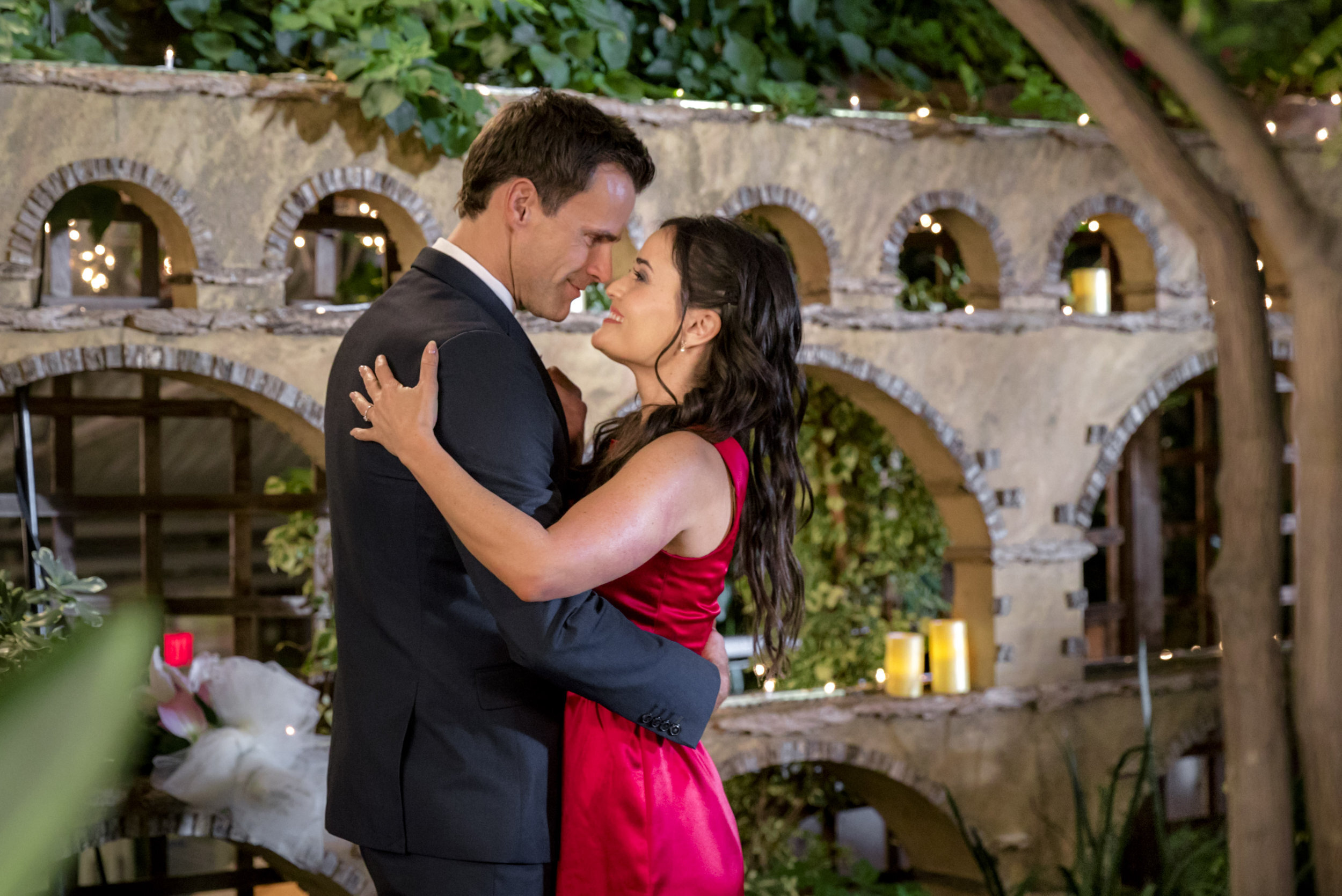 Cameron posted an adorable selfie of the two leads from the set.

Here’s a throwback picture, shared by Danica on Twitter.

#TBT to a moment of reflection, rehearsing on the set of my upcoming movie #VeryVeryValentine… In the actual movie I'm wearing a mask in this scene, but there's a little magic caught here, and I just had to share…
.
.
.
.#serene #blackandwhite #Feb10 #9pm @hallmarkchannel pic.twitter.com/vo2KMOuvIy

Toronto served as the filming location for a few scenes in the movie. The scene were Henry and Helen roam the city streets to find the mystery guy, had been shot in Toronto. Danica shared a picture from the set, enjoying the snow and cool weather, while basking in the sun.

Also, it was really cold during their time in Toronto and the cast and crew had to cover themselves in multiple layers of clothing. Check out the picture of Danica, Cameron and Damon, all layered up, on the “chilly” site.

On her day off, Danica took her kid along with her to experience the beauty of underwater creatures at Ripley’s Aquarium of Canada, in Toronto.

A trip to Toronto is worth nothing if you didn’t manage to see the magnificent Niagara Falls, right? Well, Danica made sure she did.

Ontario is known for its flourishing economy, natural and cultural diversity, dense forests, vibrant parks, spectacular lakes, etc. It is home to four out of the five Great Lakes, including the breath-taking Niagara Falls. S0, when are you planning your trip to Niagara Falls?

The Valentine’s Day special features Danica McKellar as Helen, a floral shop worker who is looking for the man of her dreams. Her tryst with movies began at a very young age with ‘The Twilight Zone.’ Apart from that, Danica’s notable works include ‘The Wonder Years,’ ‘Project Mc2,’ ‘Young Justice’ (voice), and ‘The West Wing.’

Cameron Mathison steps into the role of Henry Hart, Helen’s buddy who has a secret crush on her but is not courageous enough to confess. Cameron is well known for ‘All My Children.’ His other works include ‘Hot in Cleveland,’ ‘Castle,’ and ‘The Surrogate.’ Apart from being an actor, Cameron is also a TV anchor and presenter. Damon Runyan appears as the mystery man, Charles.