Where is Vianey and Allen From My 600-lb Life Now? 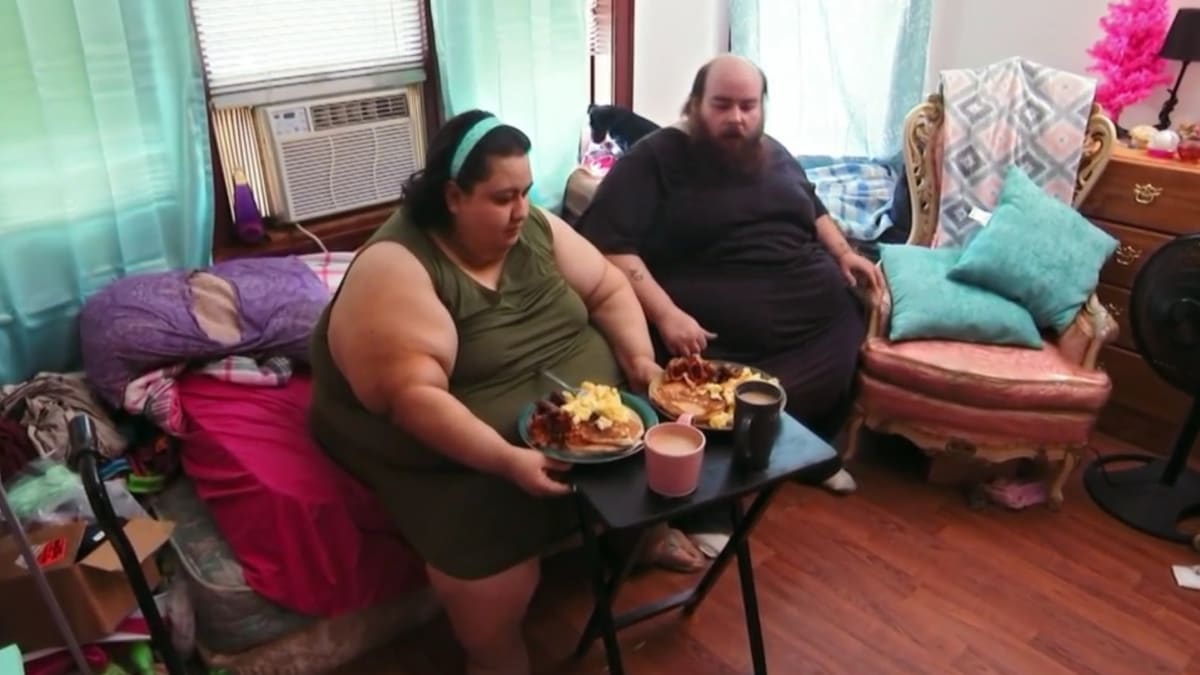 ‘My 600-lb Life’ is a popular TLC series that shows the incredible journey of overweight people trying to become eligible for their weight-reduction surgeries. However, first, they have to shed a few pounds under the watchful eye of Dr. Now. One of the couples that have stood out is Vianey and Allen, from Chicago. The two claim that a shared love of food brought them together, and in a way, they were meant for each other. Naturally, you might be curious about where Vianey Rodriguez and Allen Lewis are at present. We have got you covered.

When Vianey first appeared on the show, she weighed 594 pounds, and her husband Allen weighed 648 pounds. Vianey stated that her habit of overeating started when her late mother body-shamed her while growing up. She became bound to her bed, and Allen was her caretaker, but he struggled with issues of mobility himself.

The duo realized that their bodies would give out if they didn’t lose weight and undergo surgery. Since their options were the diet or death, they chose the former. However, Allen did tweak Dr. Now’s diet. He believed that cutting out junk food ultimately would send Vianey into depression, as he’d witnessed before. Therefore, he planned on losing a few snacks each day until they were just left with the food prescribed in the diet.

After the initial uneven progress, Allen lost 130 pounds, and Vianey coupled dieting with therapy sessions and lost around 120 pounds. They were both okayed for surgery, but while Allen’s procedure was successful, Vianey’s heart had stopped while she was on the table, prompting Dr. Now to abort the operation. She was initially devastated when the doctor informed her of the abandoned procedure.

However, the couple remained determined, and over a year in Houston, Vianey lost 226 pounds, reducing her weight from 594 lbs to 368 lbs. Allen managed to lose 272 pounds, dropping from 648 lbs to 376 lbs.

Where are Vianey and Allen Now?

Between the two of them, Allen and Vianey have lost nearly 500 pounds. As for their current whereabouts, Allen and Vianey have a joint Facebook page where they share updates of their weight loss, documenting the journey. You can check out Vianey’s post below, where she thanks God for a second chance at life. One can understand the dedication and gratitude in her message as Vianey has a goal to achieve, in terms of her weight. However, she’s glad she’s made progress from her past self.

There’s a picture of Allen’s transformation as well, which you can check out below. The caption states that he’s always been a sweet man, but now he’s healthy as well.

The most recent update is from February 2020. We see a picture of Allen in Chicago, juxtaposed with his transformation within 15 months. It is a testament to the couple’s incredible journey.

Finally, it is understandable that Vianey and Allen have taken a thought-out approach to their weight loss journey, contemplating how body image issues might lead to self-loathing, and how one might hate one’s past self even after transformations. You can check out an insightful post about the same from the page below.

It seems that Allen and Vianey’s transformations have been quite successful, and they are continuing on their journeys to reach the dream weights.

Read More: Where is Kelly Mason From My 600-lb Life?