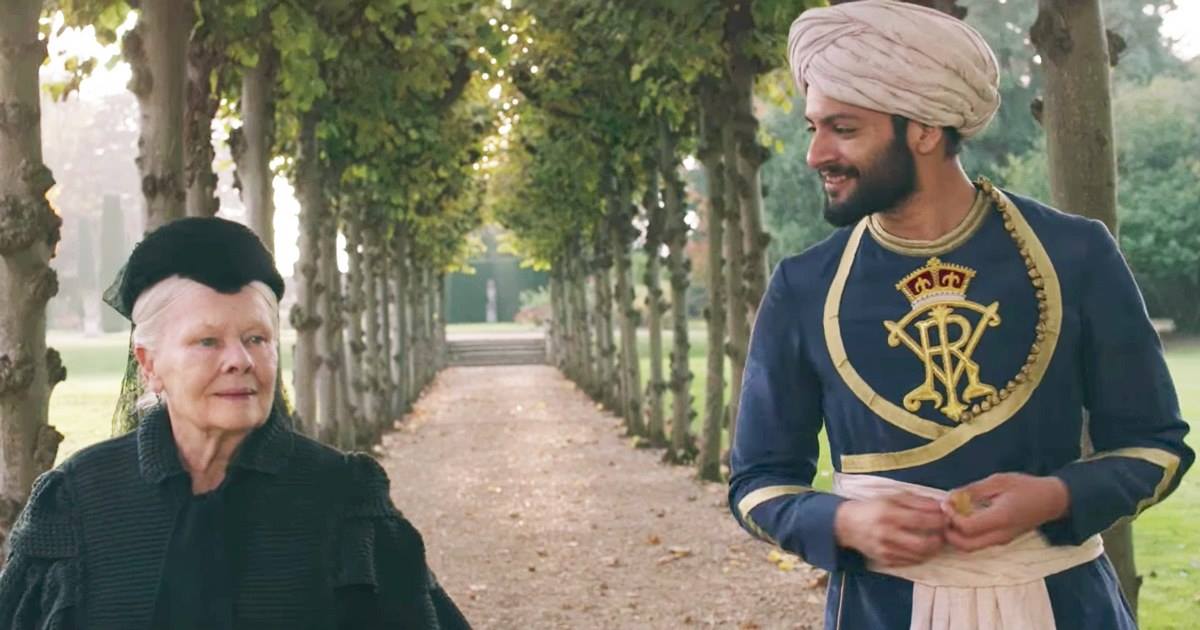 It seems inconceivable that Dame Judi Dench will not be nominated for an Academy Award as Best Actress for her rich, droll often overly funny as the aging and cranky Queen Victoria in this new film. Dench has been here before, portraying Victoria at a different point in her life in Mrs. Brown (1997) which brought her that first Oscar nomination. She won famously the year after for her eight minutes of screen time in the romp Shakespeare in Love (1998).

The ridiculous rules and tradition that govern being a Monarch must drive them crazy. Not allowed to make eye contact, must back away, bowed. Must do this, must not do that, it is silly pageantry. Victoria seems to know this and quite enjoys her power and terrorizing those who serve her. When Abdul (Ali Fazal) a young guy who comes from India to present with a gift, she takes a liking to the boy and makes him one of her footman, then aid and finally her friend.

Though she believes him to be handsome, there is nothing sexual between them, she thirst for intelligent conversation and he comes from a land she is not permitted to visit for fear of assassination. He is soon her most trusted advisor, cooking curry for her, spinning tales of far away India, becomes no a much loved member of her household.

All this is told with whimsy, the title card reminding us it is bases on a true story, will, most of it. Dench is superb as the tiny aging monarch, struggling to walk with a cane yet game to go about the fields of Balmoral while strong men flinch. We gain an understanding of how she reigned so long after the death of her beloved Albert. Her eyes betray her intelligence, and oddly her boredom, which seems often.

Fatal is excellent as the penniless young Indian who rises in the court of the Queen because she so wishes. He proves a loyal and good friend to her always telling her the truth, which so few did. Stephen Frears, one of cinema’s most quiet great directors tells a bouncy, jaunty story with wit and intelligence.