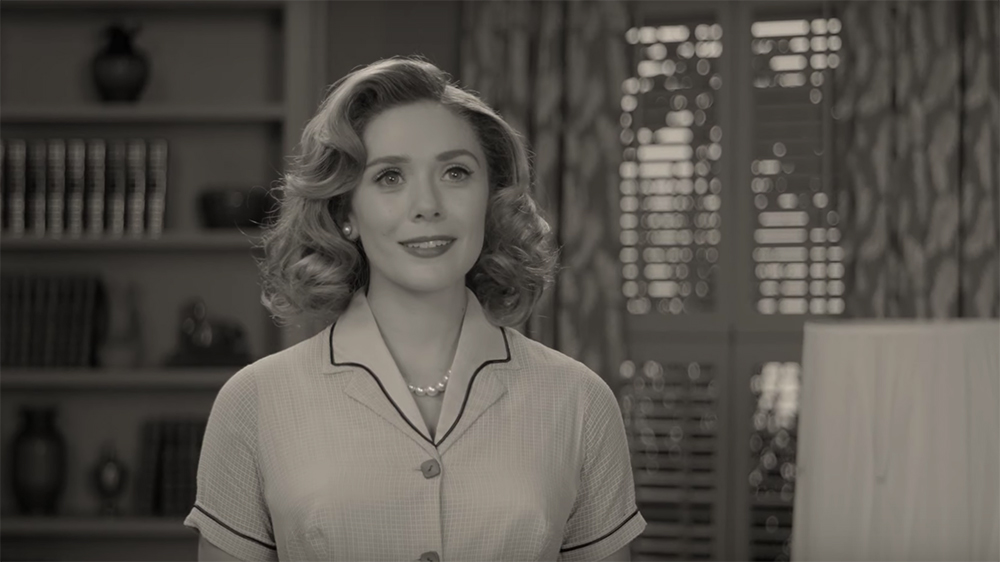 ‘WandaVision’ is Marvel Studio’s first mini-series on Disney+, and it kicks off Phase 4 of the mega-hit MCU. Former Avengers Wanda Maximoff and her beloved Vision (who has somehow come back to life after being killed by Thanos pre-snap) are living together as newly-weds trying to fit into the idyllic small-town life that is depicted in the form of a black and white sitcom.

They seem to have no idea that something is gravely amiss, and all is not as it seems, but a few sinister hints here and there clue in the audience (and eventually our heroes) that something is off. It seems like Wanda and Vision are trapped in some kind of a weird alternate reality or simulation that unfolds in vintage sitcom tropes. A few unusual happenings tip off the viewers (and Wanda) that the actual, much darker reality, exists at the fringes of their perfect sitcom world.

When the first episode ends, we see a dark figure watching Wanda’s and Vision’s Westview life on a small screen, and in front of this person, there’s a notebook with a “sword-in-a-circle” logo on it. This same sword logo also appears on a toy helicopter that appears in Wanda’s front yard, in full technicolor (indicating that it somehow infiltrated the strange sitcom world), and on the beekeeper’s suit at the end of episode 2. Curious to know what this sword logo stands for and what it means for Wanda and Vision? Here’s all you need to know.

What is the Sword Logo in WandaVision?

The “sword-in-a-circle” logo belongs to S.W.O.R.D., a S.H.I.E.L.D.-like organization that is Earth’s first line of defense against extraterrestrial threats. S.W.O.R.D. stands for Sentient World Observation and Response Department and is basically a cosmic version of S.H.I.E.L.D. The first mention of S.W.O.R.D. in the comics was in Joss Whedon’s ‘Astonishing X-Men volume 3 #6’, which was written in 2004. The cosmic intelligence agency is founded and run by Abigail Brand, a woman who is Nick Fury’s space-based, mutant counterpart. 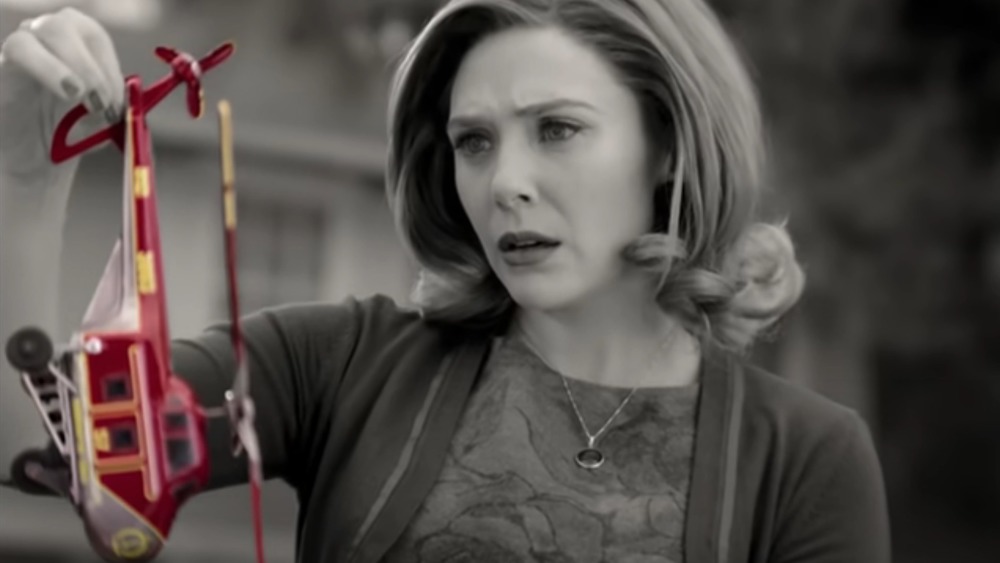 The most memorable and possibly the biggest reference to S.W.O.R.D., before its introduction in ‘WandaVision,’ is in the ‘Spider-Man: Far From Home’ post-credits scene. Nick Fury, who now seemingly works for (or with?) the space-based organization, strolls out onto the deck of a spaceship as a bunch of Skrulls (the nice aliens from ‘Captain Marvel’) are walking around him.

It’s pretty clear that Marvel is setting up S.W.O.R.D. to maybe unite the fourth and fifth phases of the MCU, but what does the organization’s presence mean for ‘WandaVision’? Neither of them is extraterrestrial, so why is S.W.O.R.D. keeping a watch on them? One theory is that S.W.O.R.D. is trying to rescue Wanda and Vision from wherever they are trapped. 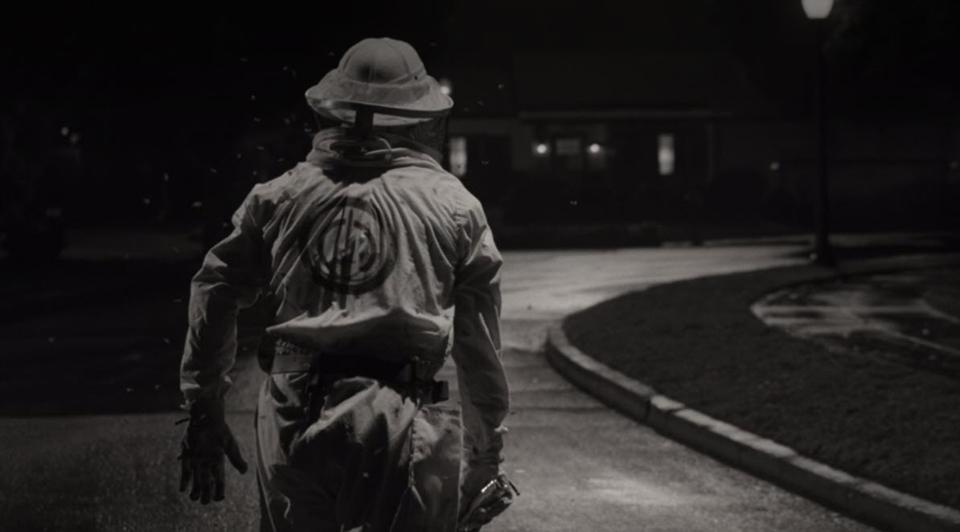 Interestingly though, the agency’s name has been altered slightly from the comics to Sentient Weapon Observation Response Division. This could also suggest that perhaps they’re looking at Wanda and Vision as “weapons” or possible threats to the planet: Vision, because he has an Infinity Stone stuck in his head (how is that still there?), and Wanda, because her powers came from an Infinity Stone as well. However, we will have to wait and see what exact role the space-based agency plays in the show.

Read More: Who is the Radio Voice in WandaVision?