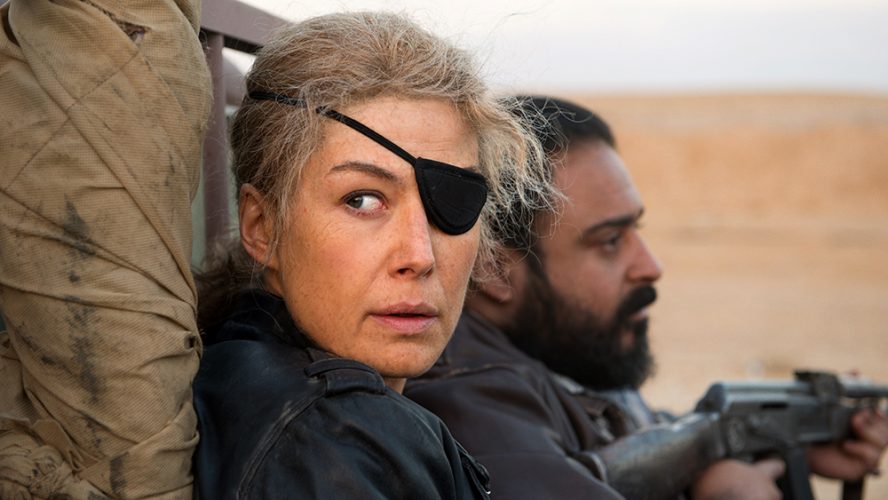 War is one of the most destructive and macabre innovations of man. Innocent lives are lost for the gains of few men. The idyllic lives of people get disrupted to the state of being irreparable. But war movies? They’re delightful. Over the years, they’ve made a special place in our hearts. The credit goes to auteurs like Kubrick, Spielberg, and Terence Malick in the modern era to have taken the concept of war and drawn it against intimate, moving personal stories of grief, melancholy, and loss. From the great Gilo Pontecorvo’s ‘Battle of Algiers’ to Nolan’s post-modernist masterpiece ‘Dunkirk’, war movies have managed to evoke and preserve a special emotion in us that feels unique and inexplicable. The joy of seeing men kill other men is so much more sophisticated than the conceptual denotation.

2018 isn’t over yet. But eleven months, we’ve seen some inspiring releases, with a couple of exciting ones to come. The most anticipated war movie of the year is Peter Jackson’s ‘They Shall Not Grow Old’, a hard-hitting documentary featuring never-before-seen archival footage. It will be a shoo-in for the Academy Awards, going by the overwhelming initial response and Jackson’s involvement. Anyway, let’s look at the list of top war movies of 2018. The list includes 2018 World War 2 movies as well. 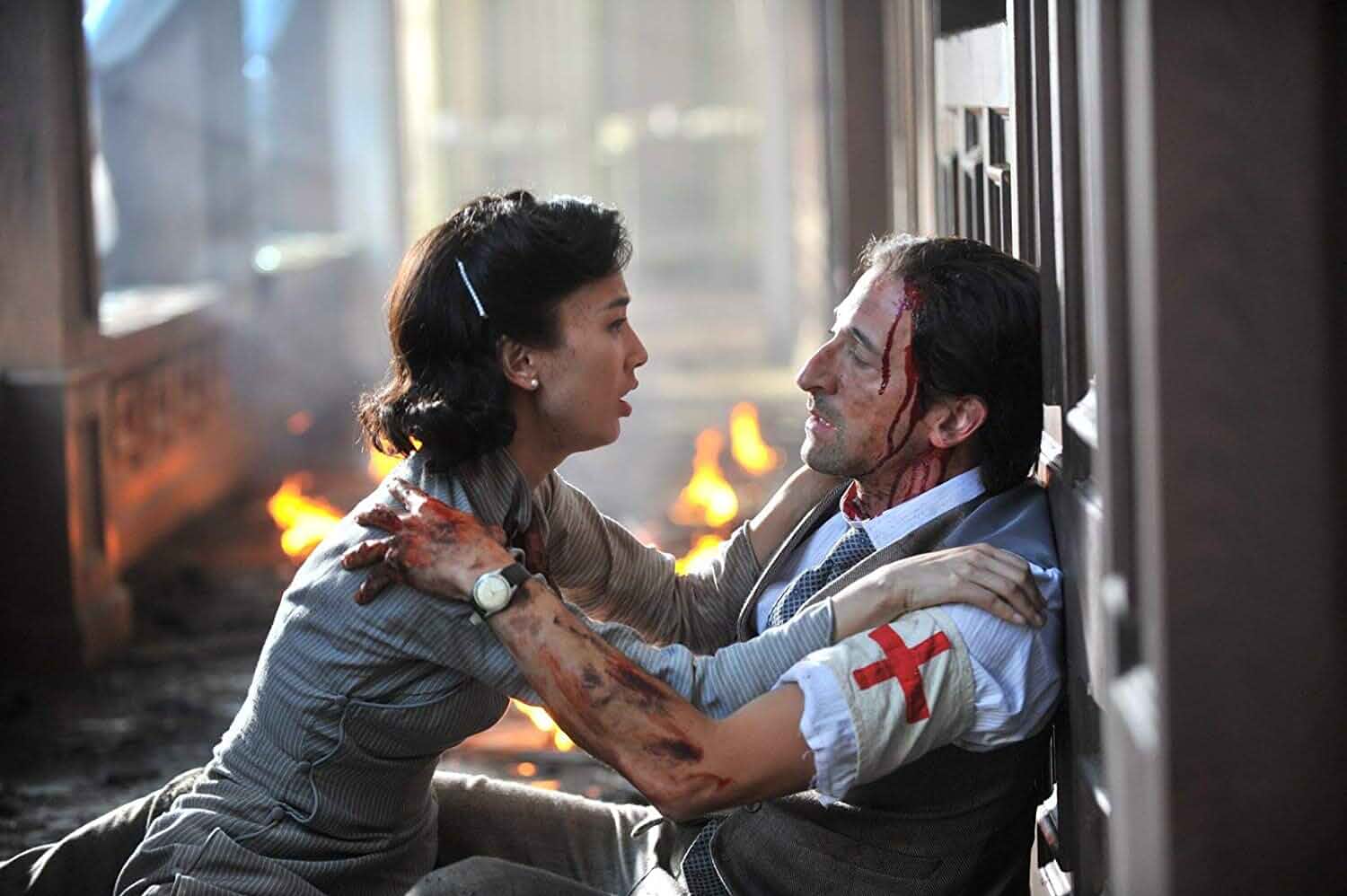 ‘Airs Strike’ is not bad. It is really bad. Bruce Willis couldn’t have picked a worse movie to strengthen his Chinese fan base. The movie is set in the period of World War II and depicts the war fought between the Chinese and the Japanese after the Chongqing bombing. The thin plot soon runs out of ideas to provide its clueless cast. Mel Gibson couldn’t change a thing as the production values sink the quality of the final movie. ‘Air Strike’ was an underwhelming effort, given the talent associated with the making. Willis fans can still give it a try, though, you must be warned: it wouldn’t be a comfortable watch.

13. Parmanu: The Story of Pokhran 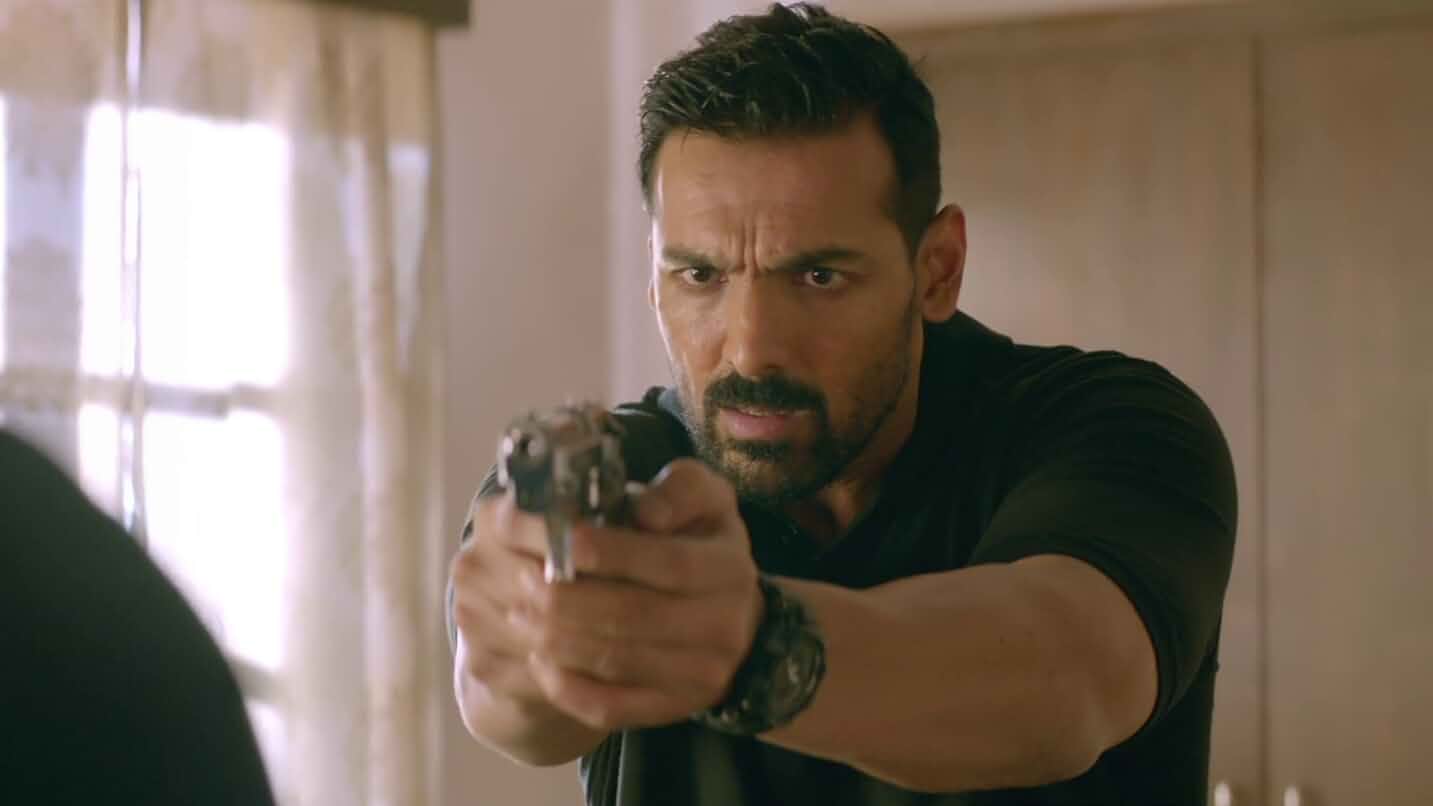 Abhishek Verma brings us the glorious tale of India’s first nuclear test in Pokhran and the subsequent deliberation on its international relations with other super-powers. It stars John Abraham as Ashwath Raina, a talented technician who engineers a revived program to bring his country on equal footing with the world. The broadly fictionalized version greatly benefits from a sincere performance by Abraham, who revels in his sensitive-silent guy role. Despite the sparse moments of nationalistic goosebumps and well-coordinated action sequences, ‘Parmanu’ falls short of sustaining intrigue and becomes a prey of mainstream Bollywood meta-physical frippery. 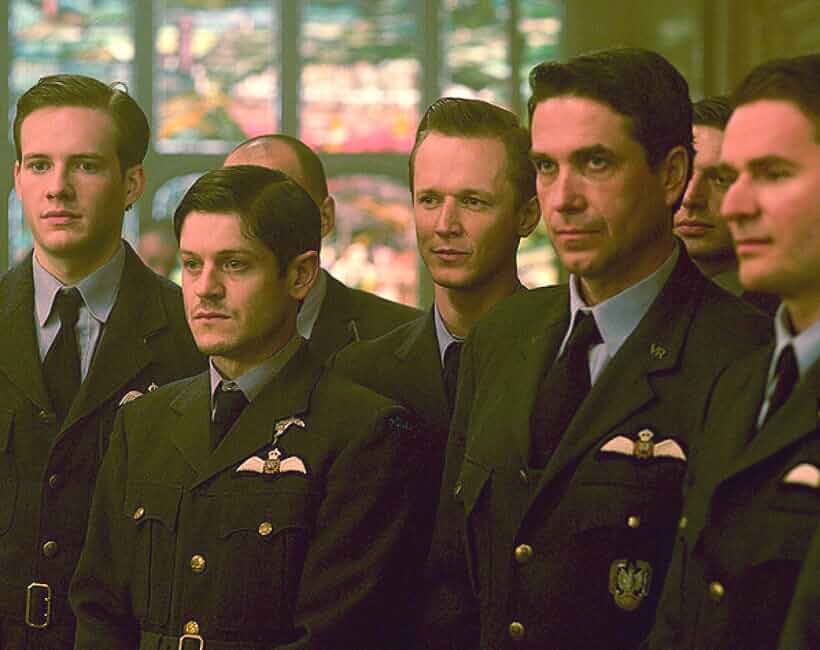 Ever heard the phrase ‘caught between two hard worlds’? ‘Hurricane’ dramatically personifies the notion. The film’s plot revolves around Poland and its quandary as what to prioritize: the advance on Britain or the advance from Germany. The Polish are known for their strong wills. So if you haven’t already read about the history of the episode, you have an exciting film on your hands! Game of Thrones fame Iwan Rheon stars as Jan Zumbach, a brace Polish flier who leads the charge for his nation. Although well structured and ably written. ‘Hurricane’ falls short of impetus in the middle part, quickly retrieving the initial momentum that it sets with a palatable finale.

In the wake of the 9/11 attacks, Captain Mitch Nelson leads a US Special Forces team into Afghanistan for an extremely dangerous mission. Once there, the soldiers develop an uneasy partnership with the Northern Alliance to take down the Taliban and its al-Qaida allies. Outgunned and outnumbered, Nelson and his forces face overwhelming odds in a fight against a ruthless enemy that takes no prisoner. Much like the ‘Benzaghi’ movie the year before, ’12 Strong’ benefits from its true to life premise. The striking similarities between the two films prompt comparisons. ’12 Strong’ has to be adjudged the better for its sustained tension and superior performances.

‘Overlord’ is probably the biggest war movie of the year, production wise. Paramount Pictures brings us a twisted tale of secret Nazi secret experimenting bases. The official statement of Paramount reads as: “On the eve of D-Day during World War II, American paratroopers are caught behind enemy lines after their plane crashes on a mission to destroy a German Radio Tower in a small town outside of Normandy. After reaching their target, the paratroopers come to realize that besides fighting off Nazi soldiers, they also must face off against horrifying, bloody, and violent creatures that are a result of a secret Nazi experiment.” JJ Abrams serves as the executive producer. Need I say more?

‘Sajjan Singh Rangroot’ resuscitates the tumultuous period of World War I and the internal struggle between Britain and India for the latter’s independence. Diljit Dosanjh carries the burden of anchoring the film’s dual timelines, expertly weaving through his contrasting roles. ‘Rangroot’ proceeds from early-life romance to final-reel shows of heroism and sacrifice. The cinematography of the movie is surprisingly good, offering aesthetic stand-alone shots that are well-worthy of great praise. Overall, though its’s pace is bogged down by sentimentalism, ‘Rangroot’ redeems itself with an inspiring story of valor and courage in the face of severe colonial oppression and subjugation.

This Dutch war-historical film revives an unknown facet of Netherland’s chequered history. Barry Atsma plays Walraven van Hall, a sensible banker who funds an underground resistance to slow down the Nazi war machine and help save lives. The reception of the film has been overwhelming, with many dubbing it as the best Dutch film of the decade. ‘The Resistance Banker’ is the official entry for the Netherlands in the Best Foreign Film category at the upcoming Oscars. 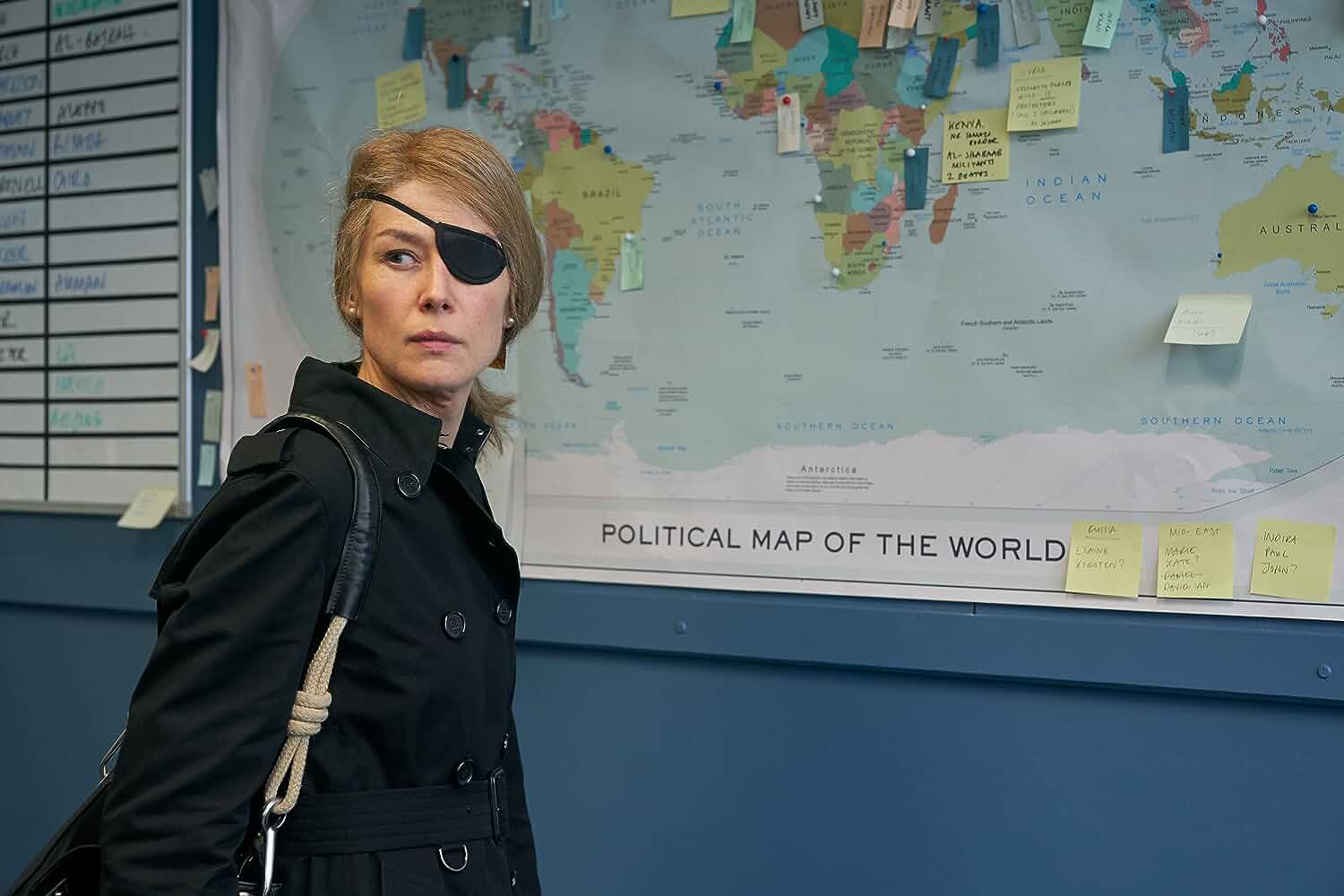 The idea for ‘A Private War’ developed from an article by Marie Brenner, titled ‘Marie Colvin’s Private War’. The film is an intense character-study of war correspondent Marie Colvin- brought to life endearingly by Rosamund Pike- who covered the most dangerous places on earth to bear witness to the atrocities of war. Jamie Dornan plays photographer Paul Conroy, who assists Marie on her quest to uncover the truth about war and governments. Director Matthew Heineman, dubbed as “one of the most talented and exciting documentary filmmakers working today” by Sundance Film Festival, instills his typical gonzo fearlessness with an empathetic sensitivity that elevates this war movie. ‘A Private War’ is a meditation on the cost of war on those who report on it and those who are caught in the midst. Pike is stunning and transforms her own person to embody the towering physicality and spirit of a fearless and inspirational reporter.

Sgt. Stubby was an American war hero from WWI, who helped save the lives of over 100 soldiers. He served on the force for almost eighteen months, in the process forming a close bond with his peers. The animated featurette showcases his time in the war and the intimacy he shared with the American soldiers. He remains the only canine soldier in American military history to have been promoted to the rank of  Sergeant. The film is an appropriate homage and celebration of Stubby’s life and memory, carving an emotional narrative that every dog-lover would enjoy. 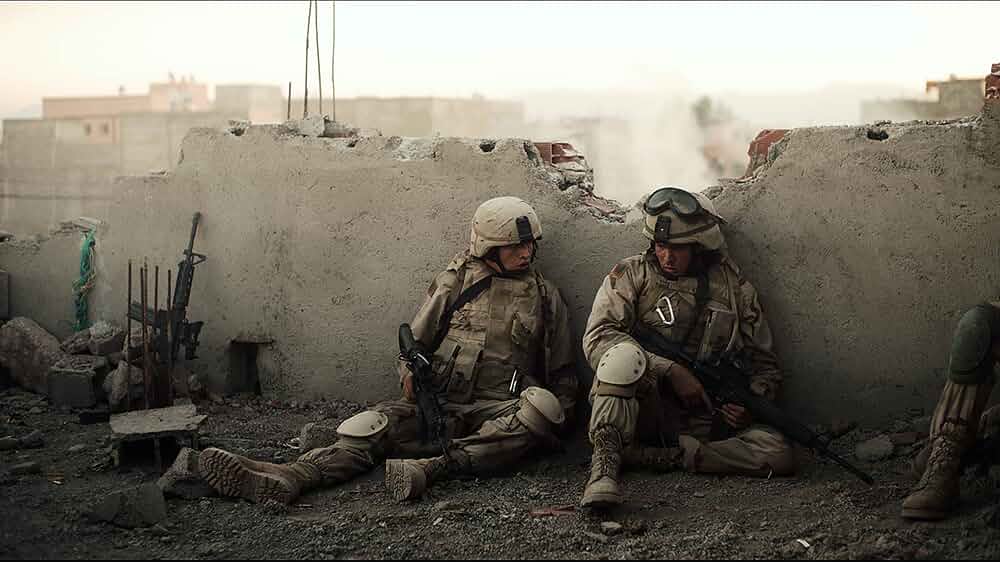 ‘The Yellow Birds’ premiered at Sundance in January 2017 but only secured a wide release in June 2018. The novel-based film focuses on two American soldiers who navigate the horrors of the Iraqi war under the tutelage of their troubled senior commander. Tye Sheridan Alden Ehrenreich (Hobie Doyle from ‘Hail! Ceaser’) lead the film and strike an affable chemistry that serves as an important spoke in the film’s narrative wheel. Jennifer Anniston plays a bit-part role of Maureen Murphy, Daniel’s bereaved and guarded mother. Overall, the strong cast gels well and makes the film an easy watch. Despite being rough around the edges and a tad too philosophical in its exposition of war, ‘The Yellow Birds’ is interesting and a true to life adaptation of an equally compelling literary prose. 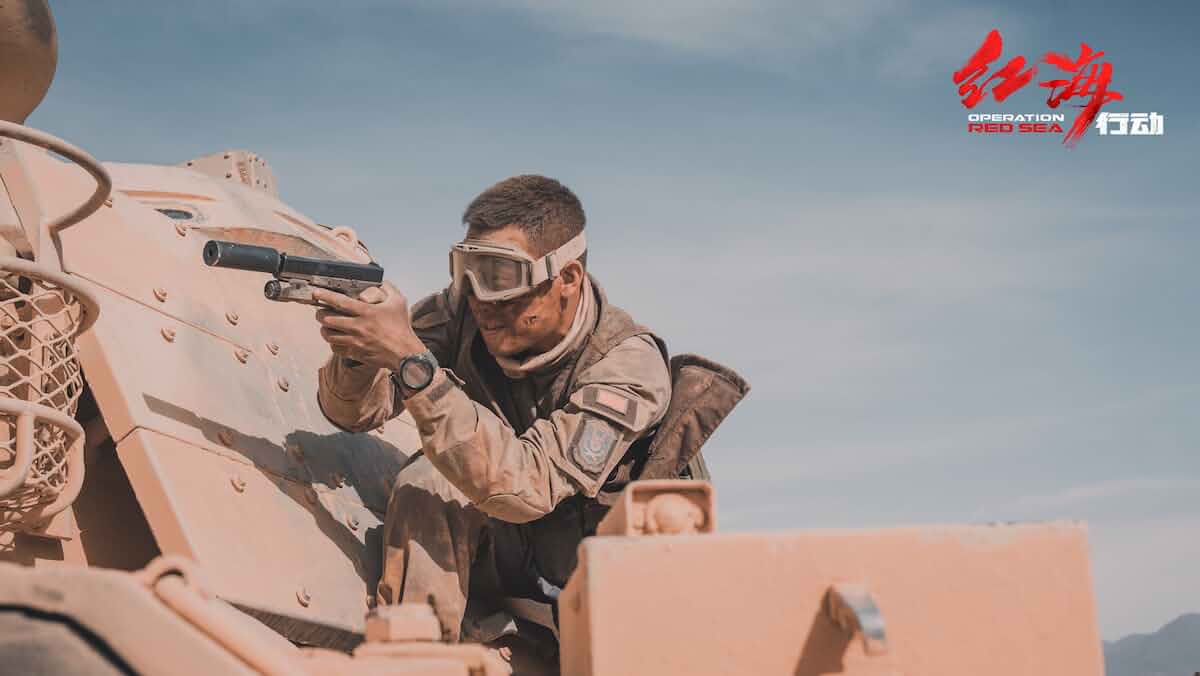 Prima facie, seeing ‘Operation Red Sea’ wouldn’t hint towards Chinese producers. The grandeur scales are almost overwhelming in the initial moments of the film. China’s most successful film, though, presents itself in the form of gratitude to the Liberation Army on its 90th anniversary. Despite strong undercurrents of communism propaganda, ‘Operation Red Sea’ is a really good film. The Chinese launch a rescue operation when they intercept a hoard of Somalian Pirates embezzling Chinese citizens. The fight proves fatal for some soldiers, whose sacrifice saves the lives of hundreds. The brutality of the Yemeni Civil War of 2015 shocked the entire world. Innocent children and unsuspecting women were murdered, killed in cross-fire and the economy rapidly down-spiraled. But the bravery and courage of the armed forces and the thousands fighting against oppression and fanatic dogmatism stands out as a testament to human character and spirit. 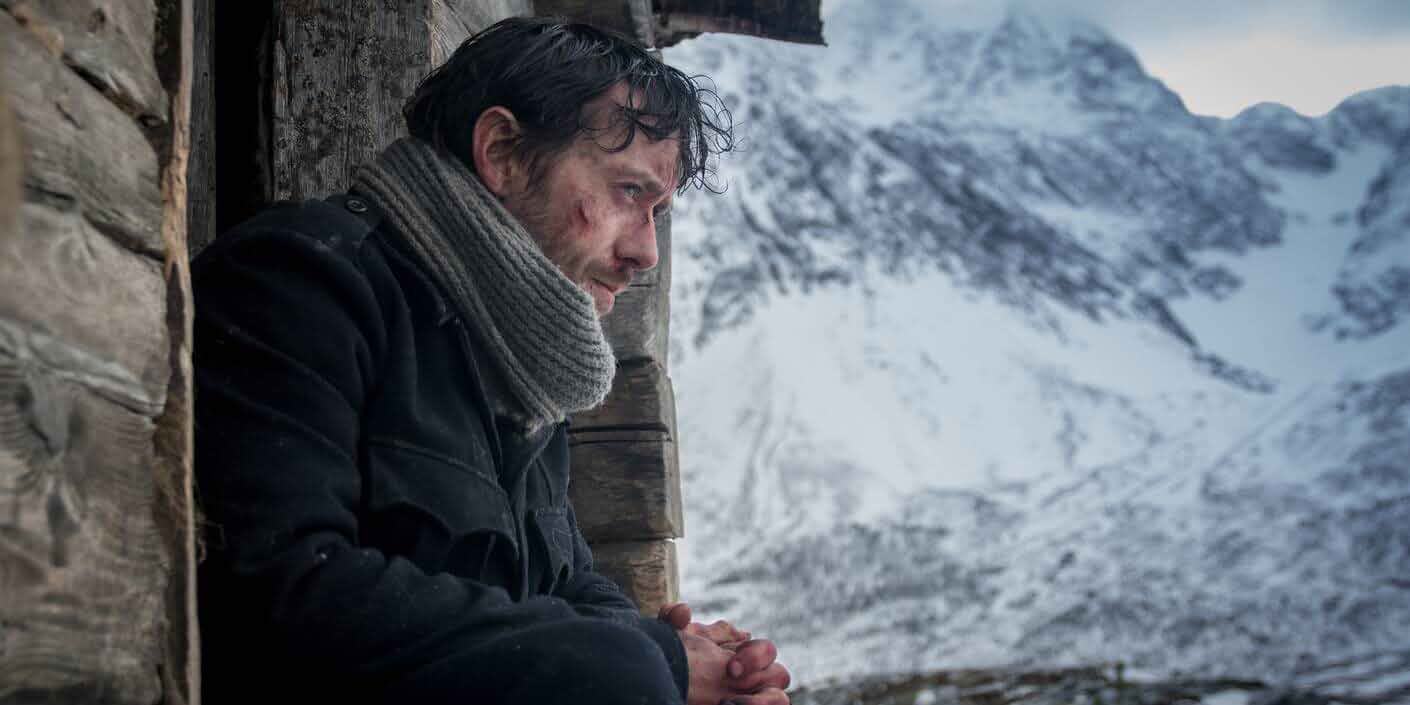 Harald Zwart’s incredibly humane and taut story about a Norweigan resistance fighter on the run is intriguing. Zwart drowns the viewer in the immersive atmosphere of the film, using the washed-off white snow and unsurmountable mountains as his aesthetic background. A failed attempt to sabotage Nazi operations in the area leaves eleven comrades dead and one scampering for his life. Will he succeed in saving his life or will the Nazi forces reign supreme? I will not spoil the narrative acme for willing viewers, because this is a fabulous film. The intimate use of stylized camerawork and the harrowing snow-clad mountains makes ’12th Man’ a must watch for cinephiles looking to enjoy an atmospheric story where the odds are against the protagonist.

In a dugout in Aisne in 1918, a group of young soldiers await their fate. Will they embrace life or be ensnared by the traps of death? Paul Dibb’s altruistic and intensely emotional war film answers burning queries like these, while also leaving some unanswered. ‘Journey’s End’ is based on the play of the same name written by RC Sheriff. Despite having been produced several times before, Dibb’s impressive interpretation of the play is well worth a watch. His patient camera adroitly captures the day-to-day squalor, grind, and comradeship of life in the trenches in the fade end days of the World War I. The dramatic balance that ‘Journey’s End’ strikes between the pulverizing boredom of staying hidden, doing nothing and the dynamic abstractions of the abject terror that grips the soldiers. The clipped-Britishness, the sense of desperation that combusts with the delirious whims of the trapped bravehearts sets this uniquely built war movie apart. Paul Bettany’s stellar performance will surely give Marvel fans something to look forward to. Overall, a stunning work of art that shouldn’t go amiss from your watchlist. 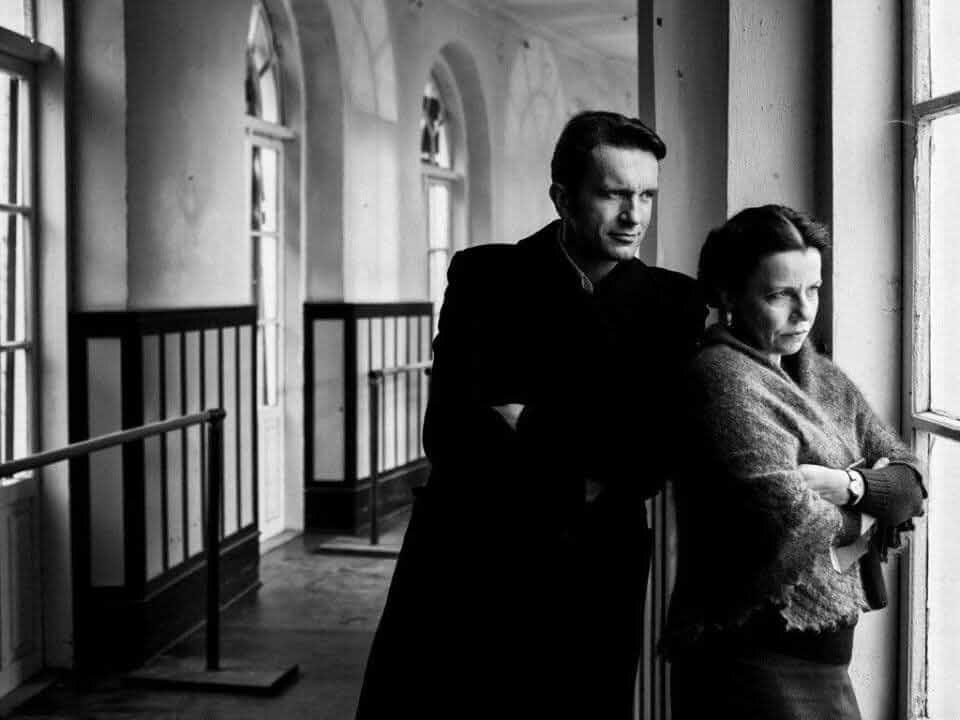 The moment Paweł Pawlikowski announced his return to the silver screen this year, we were excited. Our anticipation was at its height awaiting his first feature film since the haunting ‘Ida’. The film affected Pawlikowski’s audience in such a way that many compared him to the greats of cinema like Bresson, Haneke, and Godard. If someone can even get a comparison with people like those having done four films, you know he is special. ‘Cold War’ greatly benefits from this special talent he has to drown you in the sadness of live’s unfair treatment of many. It appears as a brief intermission in our chaotic lives and makes its presence felt. With a brilliantly stark visual aesthetic to match its lean narrative, ‘Cold War’ doesn’t waste a moment of its brief running time — and doesn’t skimp on its bittersweet emotional impact. Without a doubt the best film on the ideology of war this year and probably even this decade.