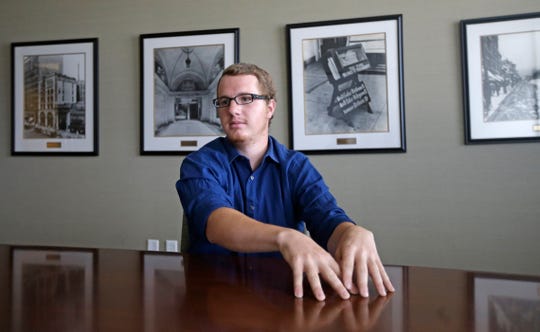 ‘Unbreakable’ is the title of NBC ‘Dateline”s episode on how Warren Jeffs, a cult leader for all practicality, was exposed for multiple charges related to sexual crimes committed against multiple minors. The episode revolves around Rebecca Musser, a woman who was married to Warren’s father, Rulon: a man who had 63 other wives. Apart from Musser, however, Warren Jeffs’ son, Roy Jeffs, also attempted to expose his father’s wrongdoings and bring the family together.

Warren Jeffs was the leader of the Fundamentalist Church of Jesus Christ of the Latter-Day Saints, a Mormon denomination that preached polygamy. Jeffs was sentenced to life imprisonment for multiple charges of rape. He was charged for various accounts of sexual assault against minors, including a few against his own family members. He was also charged for arranging a minor’s marriage to an older person. You can read more about Warren Jeffs here.

Who was Roy Jeffs?

Roy Jeffs was one of Warren Jeffs’ 54 children. According to local sources, Roy was not only sexually abused by his father but also psychologically. He witnessed his father shunning his mother first hand as she was one of his lesser favored wives. Roy was also sexually abused before the age of six. In 2015, Roy told the Associated Press that his father controlled the group strictly, often separating families and banning things like bicycles. Jeff himself was separated from the rest of his family at the age of ten. When he was 14, he was separated from his mother and sent to a ranch in Wyoming. Without having other kids to grow up alongside him, the separation turned out to be quite troubling for young Roy.

According to a few estimates, Warren Jeffs had 80 wives, and Roy told his father of being attached to a few of them. That earned him further separation.

Roy finally spoke out against his father in a bid to reunite with his family. His mother was still with the group. He hoped that he could save the people in the group from his father’s iron fist. “It definitely took a couple of years of thinking about it before I got the nerve to do it,” Roy said about leaving the Fundamentalist Church of Jesus Christ of the Latter-Day Saints. Furthermore, Roy recalled how his father would keep children in line by constantly reassigning them to other men and re-emphasizing the want for a family. Roy, like several others, lived in constant fear of having his family be snatched from him by his father.

Where is Roy Jeffs Now?

Unfortunately, Roy Jeffs committed suicide on May 29, 2019. He was found dead in his home in Salt Lake City. He was 26 years old at the time. One of his half-sisters, Rachel Jeffs, said that the main cause of his death was the fact that Warren did not love him. She told the press that she and the other children were frequently told that Roy was a bad kid.

Roy’s death was even more unfortunate considering the fact that he had started a new life for himself, exploring the secular world and discovering a love for Disney movies, Taylor Swift, Friends and a community comprised of of former Mormons. (Featured Image Credit: Rick Bowmer/AP)