Wayward Tide: Everything We Know 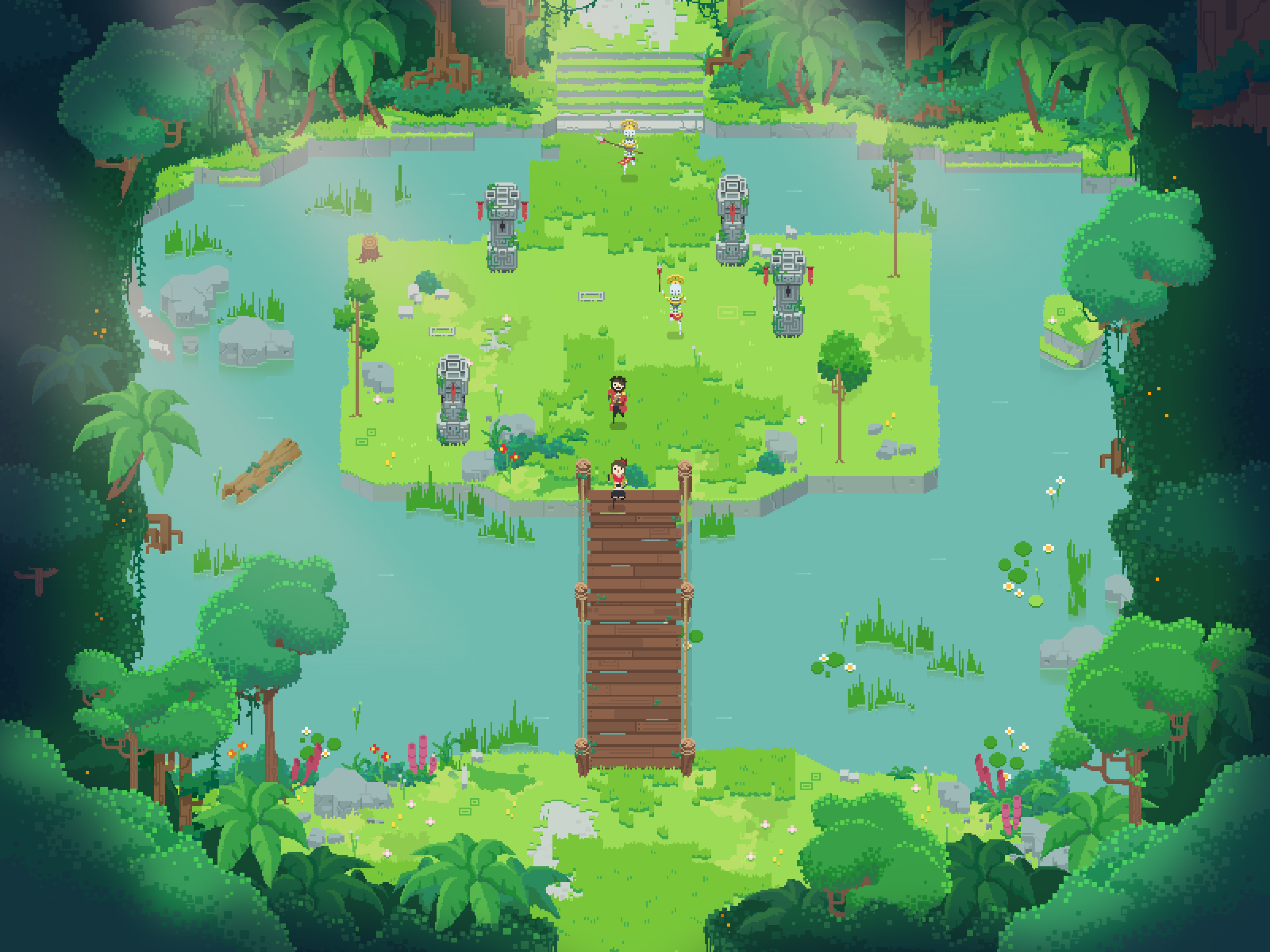 The call of the open seas and an exciting life of adventure is something many of us can relate with, and a good pirate game has the power to induce the same feeling of total emancipation. For a theme as popular as seafaring and pirates, the scourge of the seas are severely underrepresented in modern gaming. There’s no good reason for this. Considering how much potential the genre has, as evidenced by classics such as ‘Sid Meier’s Pirates!’, the recent attempts to recreate the pirate lifestyle in the virtual world of video games have been both insufficient and deficient in quality.

The biggest example of this is Rare’s much hyped ‘Sea of Thieves’, which released in early 2018 to widespread disappointment. Thus, the fans’ search for the definitive video game pirate experience continues. One game that could fit the bill is ‘Starbound’ developer Chucklefish’s ‘Wayward Tide’. Read on to find out everything we know about the upcoming pirate adventure.

What Can We Expect From Wayward Tide?

Although ‘Wayward Tide’ was announced over half a decade ago in 2014, we haven’t heard much from the developers since. What we do know is that ‘Wayward Tide’ will be a co-operative adventure game presented from the top down perspective. The setting for the game is a hazardous archipelago during the so-called golden age of piracy.

The archipelago will consist of five distinct islands, each with its own theme, enemies, puzzles and insidious traps and representing a different difficulty level with loot commensurate to the challenge presented. It looks like the gameplay will consist of a battle system, solving various puzzles and collecting treasure – everything you would expect from a proper pirate.

‘Wayward Tide’ will also offer local split screen and online co-op for up to four players throughout the entire campaign. According to the developers, a big focus of the game will be on competitive co-op experiences. The puzzles, in particular, will test many friendships with the way they are structured to bring out the players’ competitive spirit.

In the words of the developer, “For instance, you and your friends might find yourself dealing with a pressure plate trap. The solution would involve everyone stepping off at the same time. Stepping off too early will unhelpfully drop a boulder on your friend. We’re currently planning on a way to resurrect co-op players from time to time, so it’s not game over if a few of you get killed along the way.”

‘Wayward Tide’ features a gorgeous pixel art graphic style, which is Chucklefish’s trademark style by now. The levels in the game will be randomly generated, so it looks like ‘Wayward Tide’ could be a huge time sink just like other Chucklefish games like ‘Starbound’. This is tied in with the game’s death mechanic, which has you return back to the starting town with your treasures in tow if all the players are dead.

Of course, in true Chucklefish style, ‘Wayward Tide’ will feature extensive modding support. The developers credited their decision to do so to the ‘Starbound’ modding community, who certainly have contributed to the enduring quality of the game.

Wayward Tide Developers: Who Are the People Behind It?

‘Wayward Tide’ is being developed and published by London-based British video game development studio Chucklefish. The studio was founded by Finn Brace in 2011 and is best known for developing games such as ‘Starbound’ and ‘Wargroove’ and publishing ‘Stardew Valley’. Besides ‘Wayward Tide’, their other major project in development is role-playing simulation game ‘Witchbrook’.

Wayward Tide Release Date: When And Where Can I Play it?

Although ‘Wayward Tide’ was announced a long time ago in 2014, the project was put on the backburner, first in favor of development work on ‘Starbound’ and then on ‘Wargroove’. The latter just came out earlier this year, and Chucklefish is working on DLC content for the game. However, development for the game could ramp up soon and we might see ‘Wayward Tide’ release in Early Access by 2022.

As for which platforms ‘Wayward Tide’ will be playable on, we can be almost certain that the game will make its way to Microsoft Windows, Mac OS and Linux, just like Chucklefish’s previous game ‘Starbound’. A console port can also be expected sometime after the PC release, but it might take a while considering the fact that ‘Starbound’ still hasn’t debuted on the PlayStation 4 or Xbox One. If ‘Wayward Tide’ does end up getting dedicated console ports, they will very likely be for the next generation PlayStation 5 and Xbox Series X.