What Happened to Monday Ending, Explained

Tommy Wirkola brought us some delightfully weird films in his previous outings, like ‘Dead Snow,’ featuring Nazi zombies, and turned Hansel’s and Gretel’s characters into an adventurous tale in ‘Hansel and Gretel: Witch Hunters.’ Wirkola’s dystopic sci-fi thriller, ‘What Happened to Monday,’ turns towards critical problems like over-population and ethical issues of scientific modifications, thereby creating a narrative relevant to our times. Layered with socio-political commentary, ‘What Happened to Monday’ stars Noomi Rapace in seven different roles of septuplets, who struggle against authoritarian tyranny to protect themselves.

A harrowing ordeal pits the sisters in life-threatening situations who fight through many obstacles to uncover some dark secrets. Written by Max Botkin and Kerry Williamson, ‘What Happened to Monday’ is an engaging science fiction film with a long-lasting impact. The film’s themes and its narrative revolving around the seven sisters got us hooked, and we decided to go through its details for an informed point of view. Here’s what we have decoded. SPOILERS AHEAD.

What Happened to Monday Plot Synopsis

In the year 2043, overpopulation has led to a worldwide crisis and food shortage. Due to the effects of climate change, there aren’t enough resources to feed the population. Scientists have resorted to genetically modified crops to increase the yield, which, in turn, causes a deeper problem. The consumption of these crops has somehow increased the fertility and birth rate, leading to a further rise in population levels. To curb these effects, government authorities have implemented a one-child policy with every second child of a family being put to “cryosleep,” a vegetative state which can be reversed when better situations resurface. 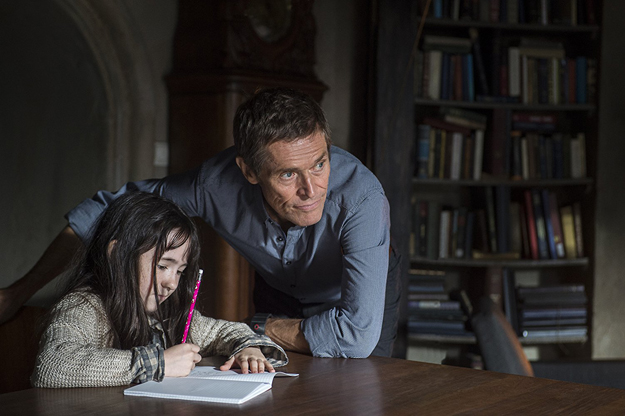 Karen Settman dies while giving birth to identical septuplets. Fearing the Child Allocation Bureau (enforcer of the one-child policy), the septuplet’s grandfather, Terrence (Willem Dafoe), decides to raise them in secrecy. The kids are trained to hide their identity and are named after the seven days of the week, with each of them being allowed to leave on their namesake day. They are able to hide in plain sight, and the sisters are groomed in a way such that their talents can complement each other’s weaknesses. The sisters must look and act the same in the outside world while they live together in an apartment.

They assume the identity of Karen Settman and are employed in a bank. On her designated day out, Monday fails to return home, thereby raising panic among the other sisters who fear that their cover might be blown off. Tuesday tries to trace Monday but is apprehended by the C.A.B, led by the ruthless Nicolette Cayman (Glenn Close). They gouge out Tuesday’s eyeball to gain access to her apartment, secured by a retina scanner.

In the ensuing attack by C.A.B agents, Sunday is killed. The remaining sisters try to uncover the secret behind Monday’s disappearance and find themselves in the midst of vile happenings that jeopardize their lives. Thursday and Tuesday manage to survive in their quest, whilst the other sisters are killed trying to fight off dangerous agents and dubious people, most notably Jerry, a co-worker in the bank.

What Happened to Monday Ending Explained: What Happens to Cayman’s Plan?

Nicolette Cayman is the ruthless leader of the C.A.B and is in charge of implementing the one-child policy. Her elaborate scheme of ‘cryosleep’ is nothing but a ruse to maintain a charade in front of the general populace. Using her position and her apparently effective administration, she wants to gain a post in the government. Her megalomaniac ways are exposed by Thursday and Tuesday when they find out that ‘cryosleep’ is effectively a moniker for a method to dispose of the victims of the one-child policy. The captured children are clandestinely incinerated under this program. 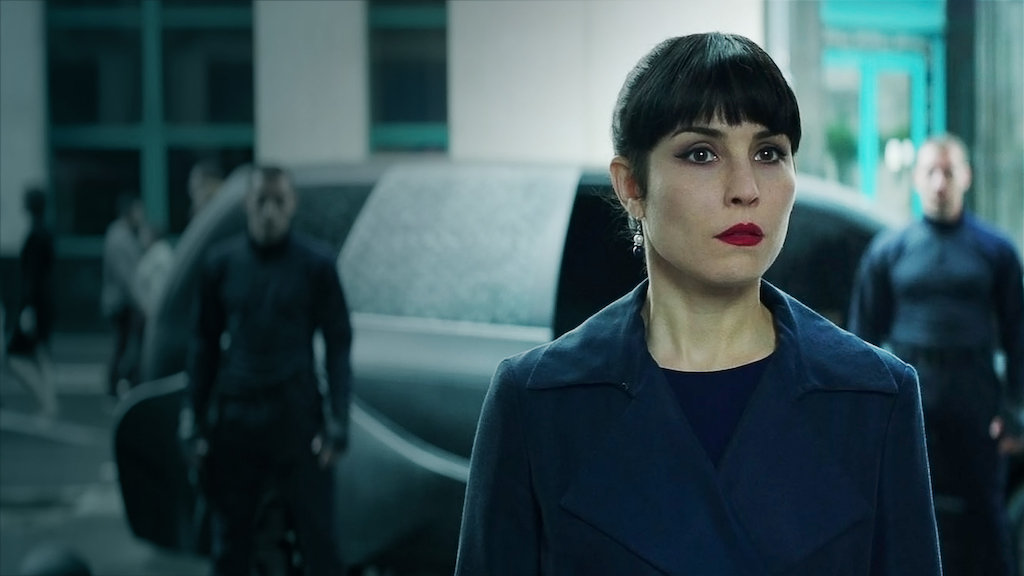 As it turns out, Monday is in a romantic relationship with Adrian Knowles, a C.A.B agent, and gets pregnant with twins. To protect her kids, she cuts a deal with Cayman and divulges her sisters’ details for her own safety. When Cayman’s truth is revealed in public, she is devastated. Her ensuing arrest brings an end to the program. The film’s last sequence shows hundreds of babies in a huge ward with nurses tending to them. In the aftermath of Cayman’s capture and the disbanding of ‘cryosleep,’ the population has burst unlike anything seen before.

The film offers an ending that forces us to think through Cayman’s ideas, and even though the method is immoral, there definitely is some truth in the facts. Despite her evil ways, her intentions were apparently in the right place. The film forces us to think through our current situation as overpopulation creates a huge imbalance in our natural resources. Although no more children are further killed, and the dread seems to disappear, the maternity ward’s expansive shot is symbolic of the trying times that await us. Perhaps the ending can be read as a grim reminder of our bleak future if genuine corrective measures are not taken.

Why is Tuesday Kept Alive?

In the quest to find out about Monday, all the siblings are brutally hunted down by the C.A.B agents. Tuesday is kept confined by Cayman because she wants to use her as a bargaining chip against Monday. Monday bribes Cayman for her own protection, and Cayman being the masterful manipulator, decides to keep Tuesday alive in the eventuality of Monday backstabbing her.

If Monday changes her mind, Cayman could expose Tuesday to the world, turning the public against Monday. Monday is oblivious to this fact, which gives Cayman the leverage in their deal. Keeping Tuesday alive is the fail-safe option for Cayman’s ambition to gain entry into the governmental setup. In the end, though, when things don’t go according to the plan, Tuesday is rescued by Adrian and Thursday.

Why Does Monday Betray Her Sisters?

Monday’s betrayal stems from their upbringing in the harrowing conditions. In one particular scene, we see Thursday sneak out of her house for skateboarding, and she ends up cutting one of her fingers. To maintain similarity in their appearances, her grandfather inflicts the same cut on all the other siblings. This sequence indicates the curated life of the sisters that affects Monday deeply. She wants to build a relationship with Adrian Knowles and lead a normal life as a woman independent of a dystopic society’s dogmas. 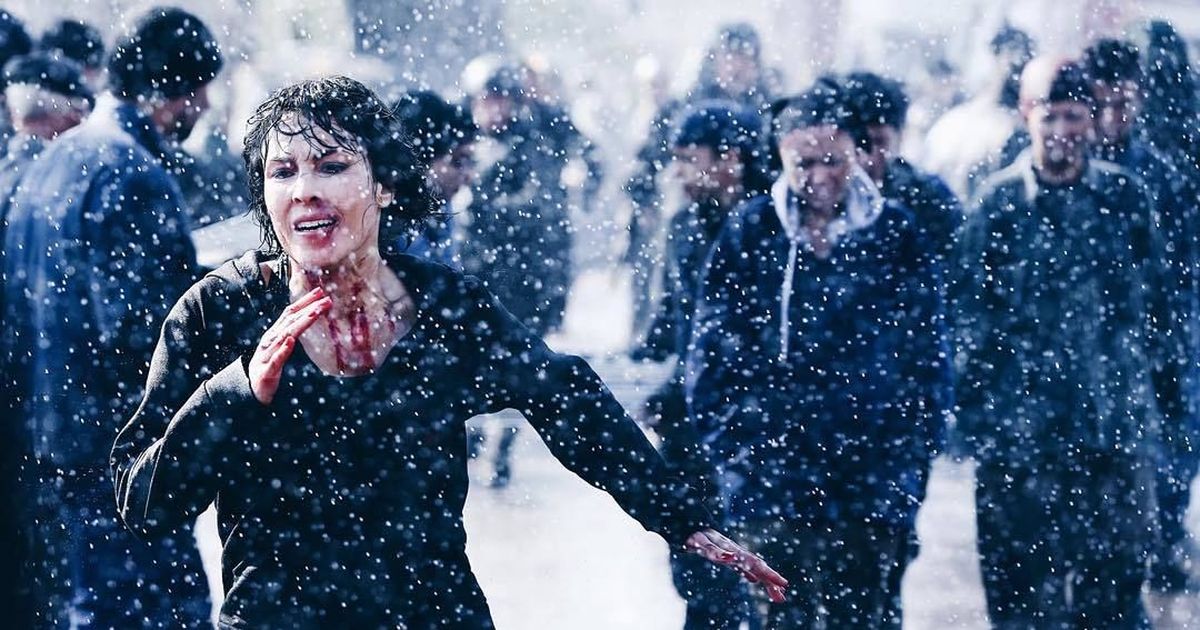 As she becomes pregnant, this desperation forces her to deal with Cayman to protect her twins. Her deception is an act stemming from her maternal instincts and the growing resentment of her hidden existence. Interestingly, Adrian’s loyalty to C.A.B. is also swerved when he finds out the reality of the ‘cryosleep.’ He helps the sisters escape the C.A.B and manages to protect his twins from the dreaded one-child policy.

Ultimately, Monday’s and Adrian’s shared desire for parenthood forces them to go against the norm. This fact is even understood by her sisters, Thursday and Tuesday, who, despite losing almost their entire family, are able to forgive Monday while she dies of a gunshot wound. They see Monday’s twins growing in an artificial womb and names them Terry and Karen, perhaps in the memory of their grandfather and the shared identity of Karen Settman, their mother.

Read More: Most Underrated Sci-Fi Movies of the 21st Century