What Happened to Nique Leili? Where is Matt Leili Now? 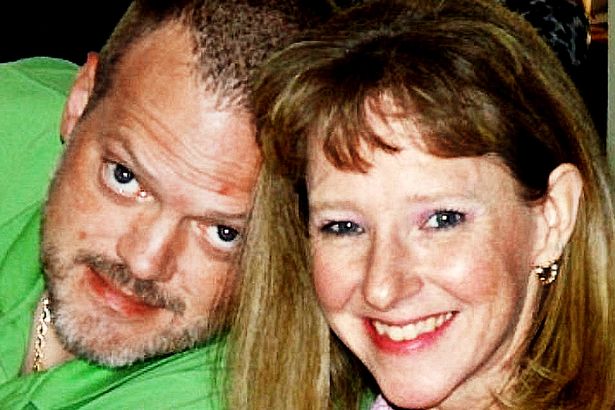 Investigation Discovery’s ‘Till Death Do Us Part’ tells chilling stories about crimes of passion between couples who take matters into their own sinister hands to end their marriages. The episode, ‘Control, Kill, Delete,’ tells the equally unsettling story of the brutal murder of Nique (Dominique) Leili. Married for 13 years, Nique and her husband, Matt Leili, were a picture-perfect couple for the outside world.

Yet, trouble brewed on the inside, and the couple was fought regularly over issues of sex, money, and Matt’s excessive obsession to track his wife’s every move through numerous recording devices that he had installed around the house. On July 9, 2011, Nique, who was 44 at that time, vanished without a trace.

Her husband, reportedly unperturbed, waited for two days and then filed a missing person’s report with the police. The case turned on its head when Nique’s body was discovered on July 16, 2011. Then followed a murder investigation that brought to light the disturbing details of a brutal murder. So, if you are intrigued by this case and are interested in the details, we have got you covered.

What Happened to Nique Leili?

Dominique Leili was married to Matt (Matthew) Leili for over 13 years. During the course of their marriage, Matt was verbally and physically abusive. He was also reported to have used force to the extent of physically restraining Nique by placing himself on top of her, locking her in the bathroom, and using technology to track her every move. Alex Peters, Nique’s daughter from her previous marriage, claimed that Nique’s and Matt’s marriage was a volatile and rocky one.

She also expressed her despair at not being able to help her mother get out of her abusive marriage and said in an interview, “I don’t think she knew how to get out of it and at the time I was so young I didn’t know how to help get her out.” Peters also claimed that her father got so obsessive about keeping tabs on her mother that he installed more than 20 CCTV cameras and audio recording devices around their house.

In an interview with ABC News, Peters claimed that she moved out of their house because the recording devices made her feel uneasy. She said, “It was very uncomfortable all of the time, you know? He had a camera in the living [room] that faced the couch, so if you wanted to sit down and watch TV, you were being monitored.” Nique Leili was also alleged to be a victim of domestic abuse, which was later confirmed by the numerous recordings found by the investigators on the devices.

There was even a report of a 911 call on June 28, 2011, where Nique begged for the police to come as her husband was refusing to let her out of the house. The very next moment, her husband got on the phone and asked the police not to bother as his wife was having a temper tantrum. The 911 operator alleged that Nique Leili was forced by Matt to call the police off. (Although the cops came, no arrests were made). That very same day, Nique left her house with a packed bag, and it was only after a phone call from her 12-year-old daughter, Amanda, that she returned home. 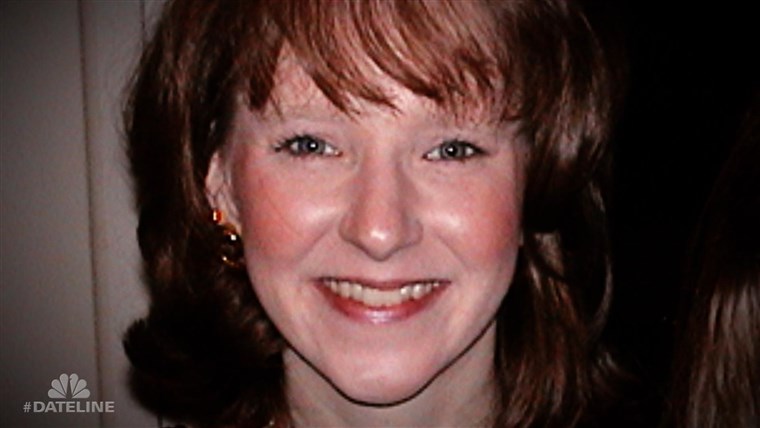 Things seemed to quiet down after that when suddenly, on July 9, 2011, Nique disappeared from her Gwinnett County residence. She was last seen on the family’s CCTV footage on the night of July 8, 2011, when she went out for a smoke. Nique’s sister, Amy Robinson, claimed that Matt was unperturbed when he called to report her missing. She even stated that Matt refused to go to the police as he was scared of being on the news. Matt then filed a missing person report a good two days after his wife went missing.

Things took a drastic turn when Alex Peters gathered more than a hundred volunteers to comb through the entire neighborhood in search of Nique’s body. Matt did not take part in the search but stood by. Minutes into the search, Nique’s nude body, covered in dead leaves and branches, was found less than a mile from her house. An autopsy revealed her time of death to be around the time she went missing, and the examiner found copious amounts of GHB, the date rape drug, in her system. The cause of her death remains unknown, though the medical examiner suspected that Nique was strangled.

Where is Matt Leili now?

In Matt’s personal statement, he claimed that the night before Nique’s disappearance, they had gone to dinner and a movie but got into an argument on the way home. He also claimed to have slept on his office floor that night and woke up to find his wife missing. Matt alleged that his wife had been mentally unstable for quite some time and suggested that she might have just walked away from her life. This statement was vehemently rejected by Nique’s family, who blamed Matt for not showing any compassion or worry for his missing wife. 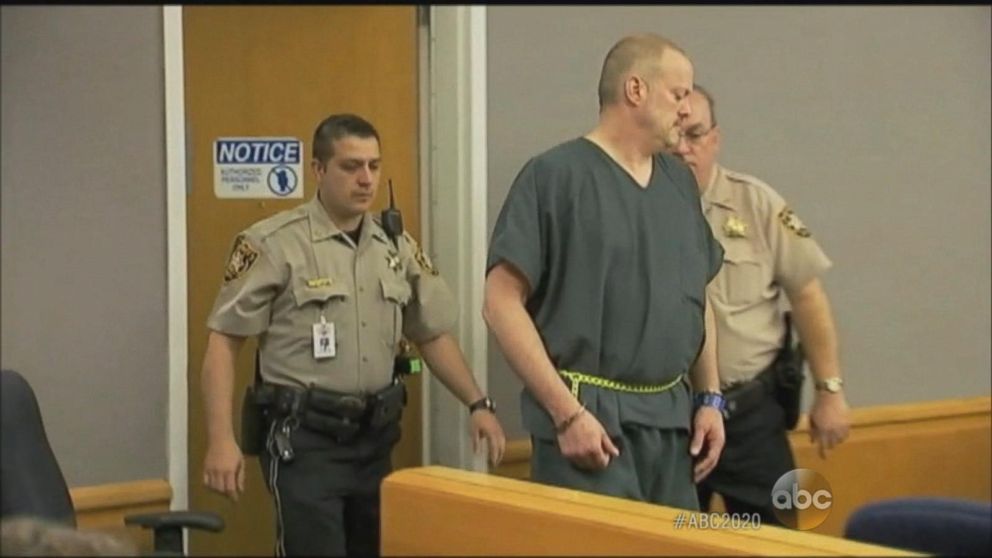 Furthermore, even before the police could start their investigations and just two days after he reported Nique missing, Matt filed for divorce on July 13, 2011, further strengthening the suspicions on him. Yet, Gwinnett Police decided that there wasn’t enough evidence for an arrest. Instead, investigators turned to the numerous audio and video recording devices on the property, only to discover that all footage during the time span of Nique’s disappearance was wiped clean from the drives.

After the discovery of Nique’s body, Matt skipped Nique’s memorial and funeral, ultimately moving out to Vermont with his daughters. The Gwinnett Police, unwilling to give up, ordered a fresh probe of Matt’s computer using new technology that wasn’t available in 2011. This time, Forensics Detective Chris Ford was able to figure out that evidence from the CCTV cameras was deliberately deleted on the day of the disappearance. Using this as evidence, the police finally arrested Matt Leili on March 5, 2015, and charged him with the murder of his wife.

Once Matt was put on the stand, the prosecution claimed that it was he who used his tech expertise to deliberately delete the footage of the day his wife went missing. Prosecutor Lisa Jones alleged that, on the night of the disappearance, Matt drugged his wife using GHB and then asphyxiated her to death after sexual intercourse. The numerous tapes, recorded by Matt himself, were produced by the prosecution and played in live court as evidence of Matt’s domestic abuse and to showcase his threats of killing his wife. 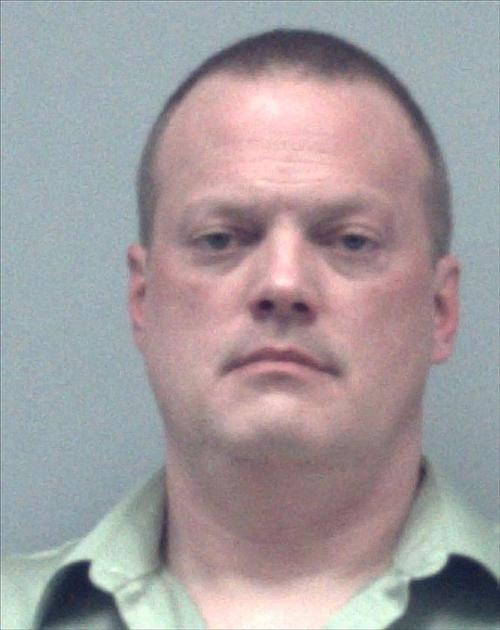 There were also testimonies from Alex Peters, who alleged Matt of domestic abuse, and Matt’s ex-wife, Joanne Lucie, who testified that her ex-husband had been extremely violent and obsessive during their marriage. Even with Matt’s daughters defending their father on the stand and Matt himself pleading not guilty, the jury did not take long to find Matthew Leili guilty of malice murder and felony murder. Matt stoically claimed that he would be filing an appeal and challenging it. The judge awarded him life in prison without parole in February 2016. As per prison records, he is serving his time at the Telfair State Prison.