What Happened to Susanne Borden? Where is Irving Galarza Now? 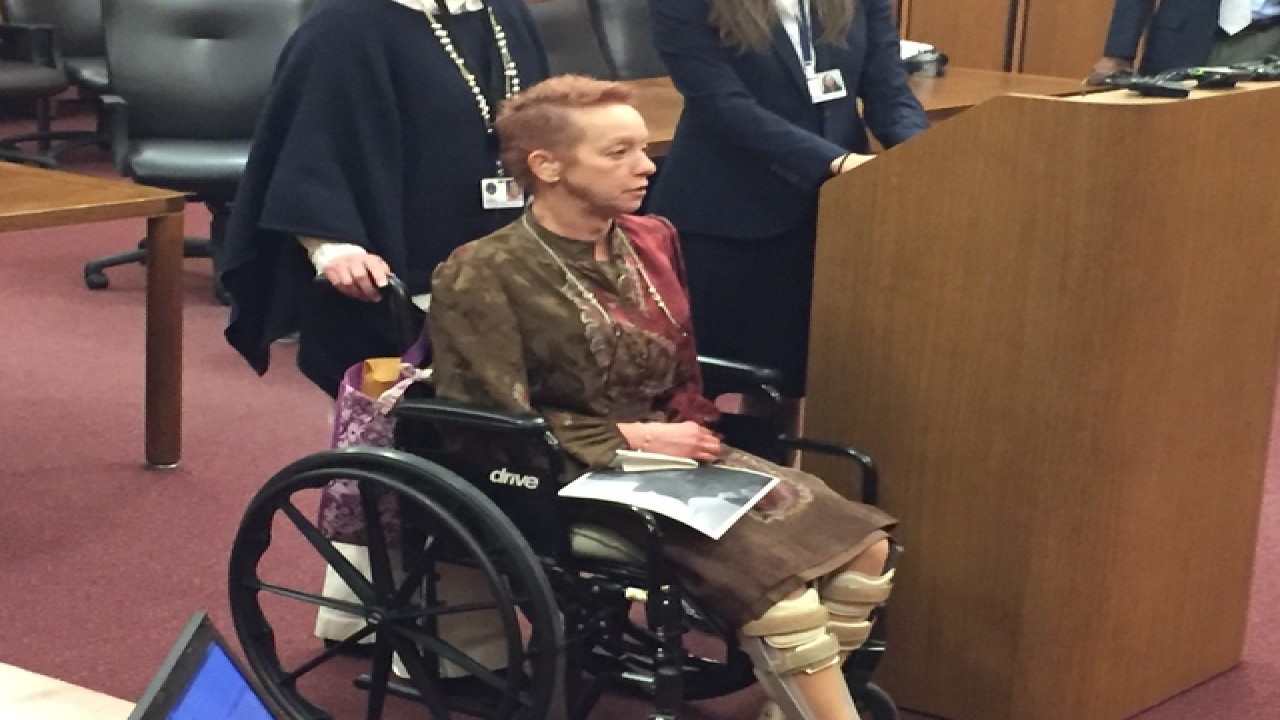 A quiet neighborhood in West 33rd Street, Cleveland, Ohio, was left shaken by a sudden fire that engulfed a rental home. Investigation revealed a violent and reckless crime that threatened the life of many and left an old, wheelchair-bound woman at the mercy of the flames. Even though Susanne Borden escaped with her life, the heinous act left her with extensive injuries and complications from which she could have a hard time recovering.

Investigation Discovery’s ‘Fear Thy Neighbor: Cock-a-Doodle Dead’ details Borden’s harrowing experience as she watched the flames dancing around her. It also follows the subsequent investigation, which revealed a sinister plot. Interested to know more about the case and where the perpetrators are now? Here is what we found out.

What Happened To Susanne Borden?

Susanne Borden was a quiet, old lady who moved into the rental house in West 33rd Street, Cleveland, Ohio. She immediately got on friendly terms with her neighbor, Irving Galarza. Borden lived alone with two cats, a bird, and a dog. During the time of the arson, Borden was wheelchair-bound and had her movement restricted.

On the morning of February 10, 2015, the tenants in the lower portion of the rental house were all gone, but Susanne was still upstairs in her room. When the fire first started spreading, Borden was asleep, but the smoke soon woke her up. She immediately tried to get to her cats, but the heavy fumes made her fall unconscious for a little while. On regaining consciousness, she could barely manage to stumble out of her room and onto her balcony from where she got rescued.

This terrifying ordeal rendered Susanne comatose for weeks. She spent more than six months in the hospital recovering from her injuries. Her lungs were severely burned, and she was forced to undergo a tracheotomy to repair part of her burnt esophagus. She spent months eating through a feeding tube and was never able to swallow food normally again. When detectives went to talk to her, she could barely speak. Her injuries also caused her to have permanent ear and eye damage, and she was forced to wear hearing aids and glasses.

Susanne’s animals also died in the fire, which dealt a huge blow to the old lady. When she testified in court, she said, “My animals were all I had, my dog was diabetic. She was blind. I couldn’t get to her. And when the ceiling came down on me, blacking my eyes and not being able to breathe, collapsing on the floor, injuring myself in the process. I got myself… I got myself out of my house by the grace of God!”

Who Was Responsible For the Arson?

Irving Galarza was tried and sentenced for the arson. Galarza also hired Ismael Camacho and Luis Cruz-Figueroa who were in turn tried and convicted as well. Irving Galarza had a long-standing grudge against the rental home. The issue first started over a shared driveway between the two houses. Galarza insisted that the driveway was his private property, and he expected full use of it. The rental home disagreed on this matter, and the situation flared up.

The tenants said they tried to be civil and calm, but Galarza took things to the extreme with his outbursts. The bone of contention remained unpicked until Galarza decided to burn down the rental home as revenge. On the morning of the arson, Michael Varnes, a neighbor who lived across the street, noticed smoke and flames coming from the rental home. He also said that he saw two men running away from the area. Varnes then dialed 911 and took off after the men. He videotaped his chase and got the men dumping a bag on camera.

When the police questioned Galarza, he said he was sleeping in his basement when the fire started. He also mentioned that he and his family managed to escape before the fire spread to their house. The police used footage from surveillance cameras and the video Varnes shot on his cell phone to find the two men who escaped the scene of the fire.

Their investigation led them to Ismael Camacho and Luis Figueroa. Investigators also discovered the bag dropped by the duo and found a gas can inside it. When Camacho and Figueroa were arrested, Camacho confessed and told the police that he had been hired by Irving Galarza to set fire to the house. Camacho further said that he, in turn, had hired Figueroa to help.

Investigators then looked into Galarza’s phone records and found evidence which indicated that Galarza spoke to Camacho several times over the phone in the days leading up to the fire. In October 2015, investigators gathered all evidence and arrested Irving Galarza for his involvement in the arson.

Where Is Irving Galarza Now?

Immediately after their arrest, Ismael Camacho and Luis Cruz-Figueroa pleaded guilty to the charges in exchange for lenient sentencing. Irving Galarza initially pleaded not guilty and went to court with his case. Four days into the trial, Galarza changed his stance and pleaded guilty to charges of attempted murder, aggravated burglary, and aggravated arson. The court sentenced him to 11 years in prison along with a restitution fee of $50,000, which he had to pay to his victims. Currently, Irving Galarza is serving his prison term at the Ohio Department of Corrections and will apparently be released in 2027.