What is Alex Guarnaschelli’s Net Worth? 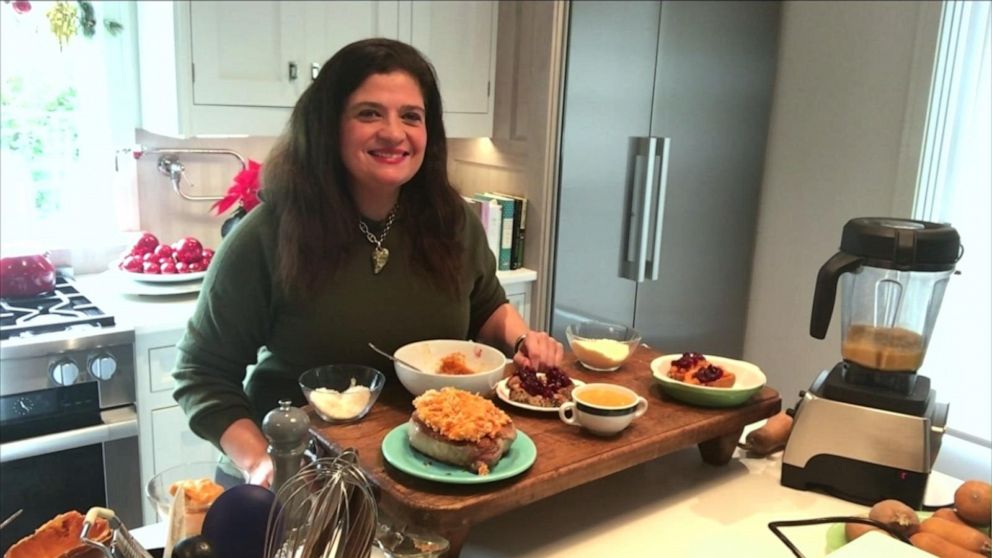 Alex Guarnaschelli is an American celebrity chef, cookbook author, and television host. Born Alexandra Maria Guarnaschelli in 1972, to successful cookbook editor Maria Guarnaschelli and her husband John, Alex went to Barnard College and graduated in 1991 with a degree in art history. Alex’s fascination with food and her culinary journey started as a little girl when she watched her mother test out several recipes at home while working on different cookbooks.

Alex got married to Brandon Clark in 2007 and they share a daughter named Ava (born in July 2007). It is not clear when their marriage ended but in 2020, Alex announced her engagement to ‘Chopped’ winner chef Michael Castellon. Curious to know how much Alex Guarnaschelli is worth as of 2020 and how she amassed her fortune? Here is everything that you need to know.

How Did Alex Guarnaschelli Make Her Money?

You would be surprised to learn that, for one whole year after graduating from college, Alex Guarnaschelli worked for minimum wage at a restaurant. She then started working under Larry Forgione (father of ‘Iron Chef’ Marc Forgione). From there, Alex moved on to gain valuable culinary experience at several restaurants in France, New York, and Los Angeles. She also trained under Michelin star chef Guy Savoy at his Paris restaurant, La Butte Chaillot. Alex was, for some time, also employed at chef Daniel Boulud’s eponymous New York City restaurant and chef Joachim Splichal’s Los Angeles fine-dining joint, Patina. Alex rose through the culinary ranks to become the executive chef at The Darby restaurant before its permanent closing. She is the chairperson of the Museum of Food and Drink’s Culinary Council. Presently, Alex is the executive chef at New York City’s Butter restaurant, apart from appearing on several food shows.

Alex’s first foray into television was as a competitor on The Food Network’s hit reality culinary competition series ‘Iron Chef America’. She was pitted against Cat Cora in the 2007 ‘Farmers’ Market Battle’ which she lost. But she has since appeared on the show multiple times as a judge. In 2011, Alex placed as the third runner-up in the fourth season of ‘The Next Iron Chef’. Post her stint on ‘The Next Iron Chef’ season 4, she became a sous chef to ‘Iron Chef’ Geoffrey Zakarian. Alex has also been a competitor on the ‘Food Network Challenge’ during the ‘Ultimate Thanksgiving Feast’ episode.

In 2008, Alex became the host of her own reality show, The Food Network’s ‘The Cooking Loft with Alex Guarnaschelli’. Alex has long been a fixture on The Food Network, having appeared multiple times on the cooking competition show ‘Chopped’, ‘Cooks Vs. Cons’, ‘Young and Hungry’, ‘Guy’s Grocery Games’, and ‘Beat Bobby Flay’. Alex was also the winning mentor of ‘Worst Cooks in America’ season 20. In 2012, she won ‘The Next Iron Chef: Redemption’. Alex is the host of cooking shows ‘Alex’s Day Off’ and ‘Supermarket Stakeout’. Alex has so far authored three cookbooks – ‘Old School Comfort Food’, ‘The Home Cook’, and ‘Cook With Me’.

Alex Guarnaschelli’s net worth is estimated to be $2 million.

Read More: Where are the Winners of MasterChef America Now?