What is JoJo Siwa’s Net Worth? 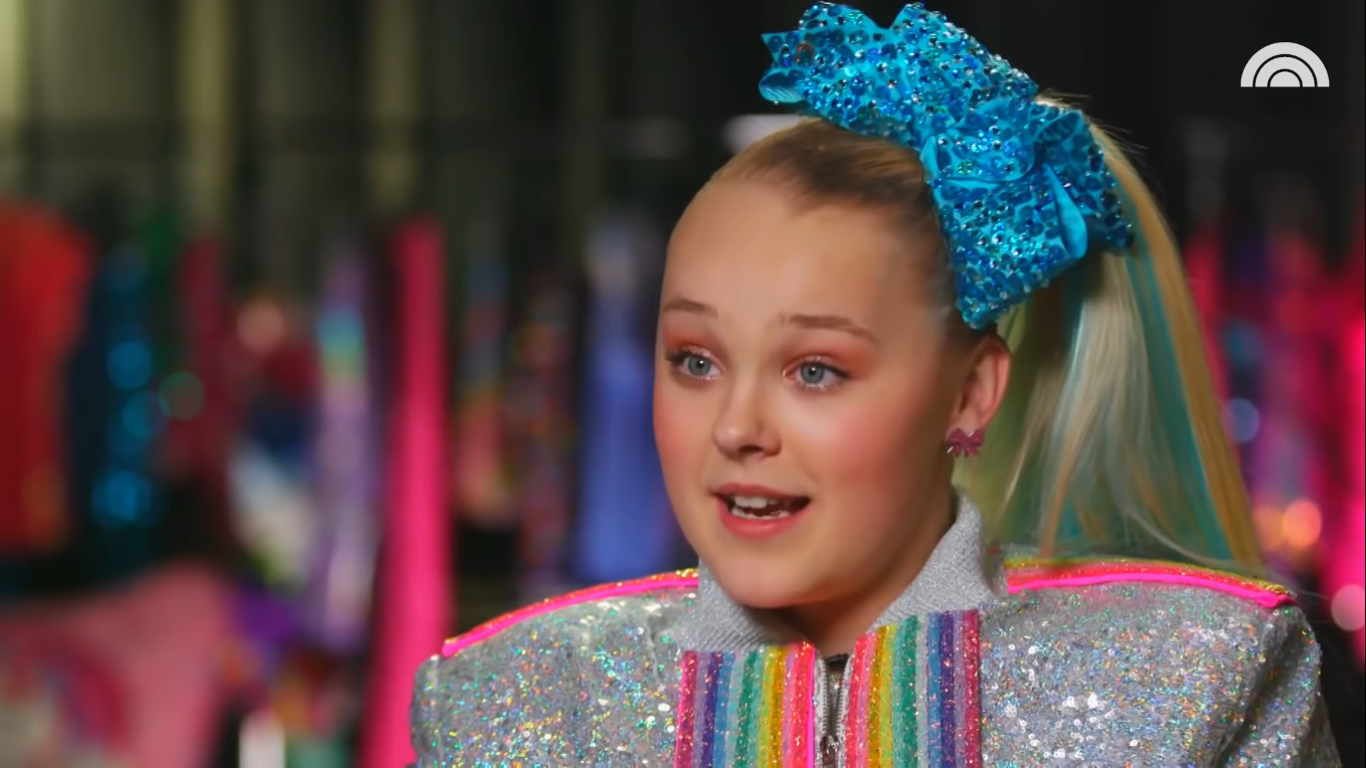 Joelle Joanie “JoJo” Siwa is a dancer, singer, and social media personality most famous for appearing on two seasons of the dance reality show ‘Dance Moms’ alongside her mother. Born in May 2003, in Omaha, Nebraska, JoJo Siwa is the daughter of Jessalynn Siwa, a professional dance instructor hailing from Iowa, and Tom Siwa, a chiropractor from Nebraska. JoJo also has an older sibling; a brother called Jayden Siwa, who is a professional YouTube vlogger. Not much is known about her educational background.

JoJo Siwa started her career quite early in life as she appeared as one of the youngest contestants and one of the top-5 finalists on the second season of  ‘Abby’s Ultimate Dance Competition.’ The show, produced by Abby Lee Miller (the founder of Abby Lee Dance Company that is featured on ‘Dance Moms’), featured  JoJo and her mother. The competition opened up more opportunities for JoJo, and she slowly rose to fame with the help of her massive treasure trove of talent. Today, she is one of the most popular young celebrities and has been included on Time’s annual list of the 100 most influential people in the world in 2020. If you are curious to know how she made her net worth and what it is, we have the answers for you.

How Did JoJo Siwa Make Her Money?

After appearing in ‘Abby’s Ultimate Dance Competition’ with her mother, JoJo started making regular appearances on ‘Dance Moms,’ starting with her entry for auditioning at Abby Lee Miller’s ALDC dance competition team in 2014. She was elected into the team in early 2015. She also started releasing her music and some accompanying videos. Her single “I Can Make U Dance” was released before “Boomerang.” The latter highlights the issue with online bullying and positive ways of coping with it. The video has garnered more than 900 million views on YouTube. 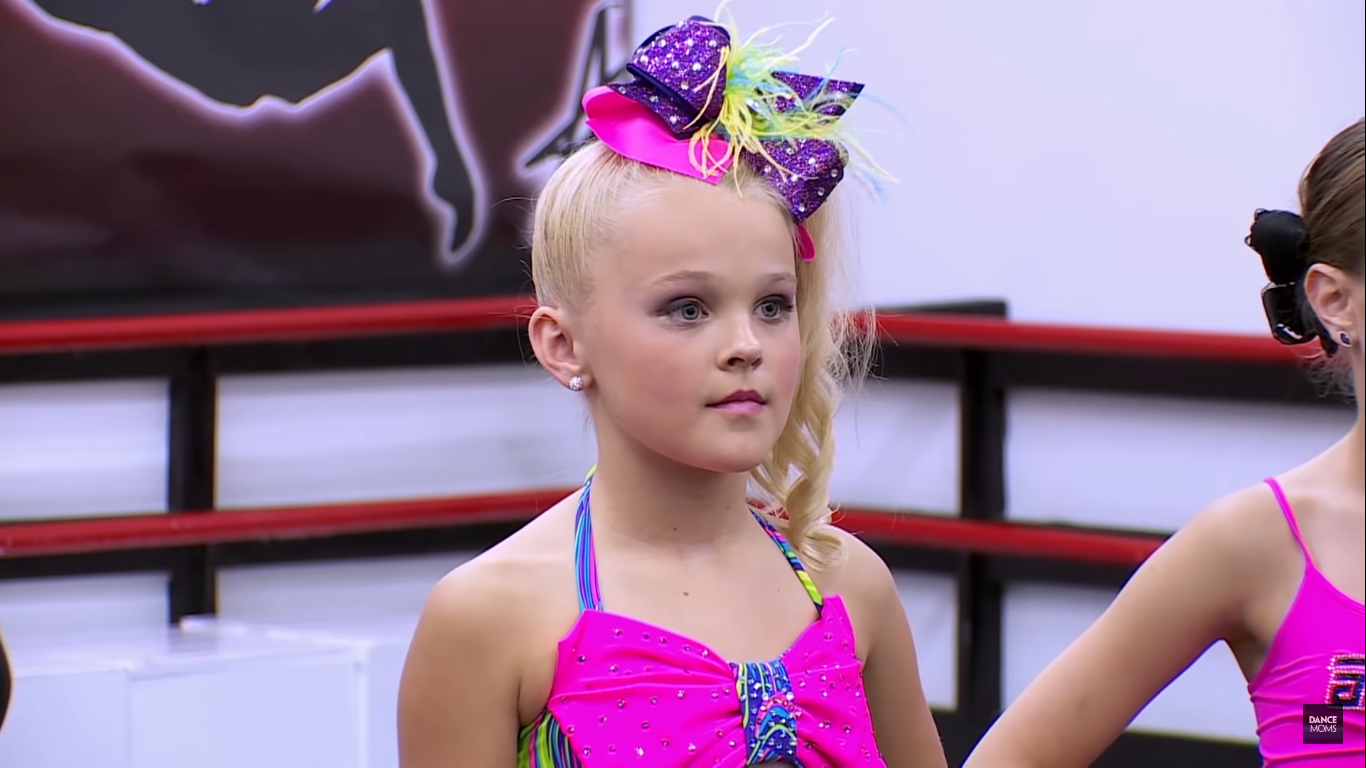 In 2018, JoJo received the accolade of the Breakout Artist of the Year by Vivid Seats. In the same year, JoJo announced the commencement of her first concert tour named ‘D.R.E.A.M. The Tour.’ The tour was initially designed to cover numerous locations across the States and Canada, but it expanded to include cities in the UK and Australia as well.

As for other television appearances, JoJo has been a part of ‘Make It Pop,’ ‘Bizaardvark,’ and ‘Lip Sync Battle Shorties.’ She has also had several Nickelodeon shows centering around her, such as ‘The JoJo and BowBow Show Show’ and ‘JoJo’s Follow Your D.R.E.A.M.’ In 2020, she appeared as T-Rex on ‘The Masked Singer.’ She also lent her voice to Jay and Kira in ‘The Angry Birds Movie 2.’ JoJo is also a model and has modeled ALDC’s line of dancewear for girls. 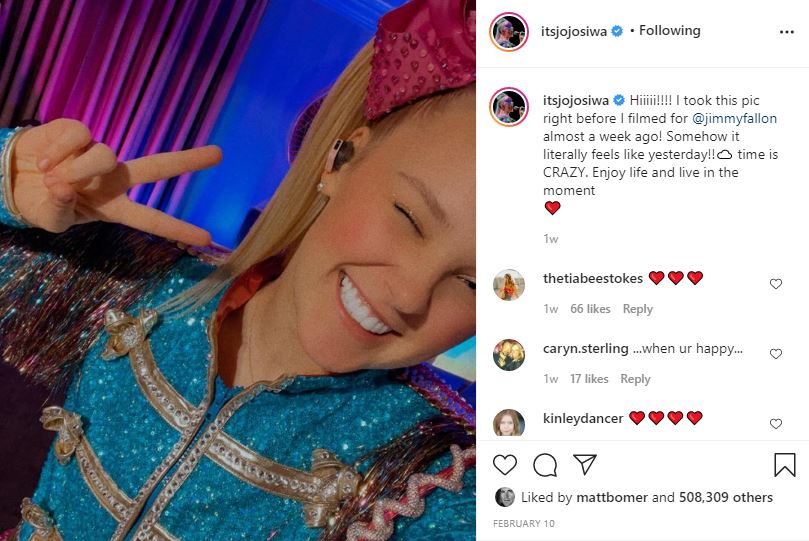 Apart from her career in the entertainment world, JoJo Siwa has several other ventures. She is known for her signature hair-do with a large bow. She released a line of similar bows in collaboration with fashion accessories and jewelry company, Claire’s. However, the line faced several controversies, especially from schools in the United Kingdoms that objected to students wearing them within the premises. The line is still in business, and the products are available across e-commerce platforms, including Amazon.

JoJo also has a partnership with J.C. Penney, under which she has released a line of clothing, accessories, bedroom décor, and a doll. She has also written several books for young children. Her work, ‘JoJo’s Guide to the Sweet Life,’ is a New York Times Best-seller. After an FDA-issued warning about high levels of Asbestos, JoJo had to recall her cosmetics kit with Claire’s. Siwa launched a 3-in-1 shampoo, conditioner, and body wash and a detangler spray under Suave in 2021. 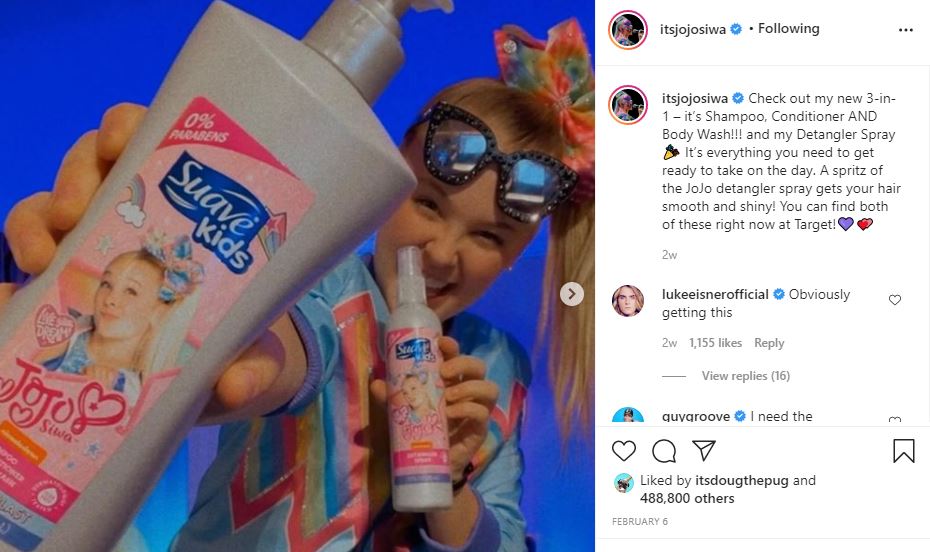 JoJo Siwa has a large fan following on her social media accounts. Her YouTube channel ‘Its JoJo Siwa’ has 12.2 M subscribers currently. Here, she documents her daily life through vlogs and uploads her music videos. Her Instagram has 10.8 M followers, while her Twitter has more than 620k followers as of now.

What is JoJo Siwa’s Net Worth?

As of 2021, JoJo Siwa’s net worth stands at an approximate $14 million. Looking at her career trajectory so far, her popularity and subsequently, her wealth, are slated to rise to even greater heights.