What is Lin-Manuel Miranda’s Net Worth? 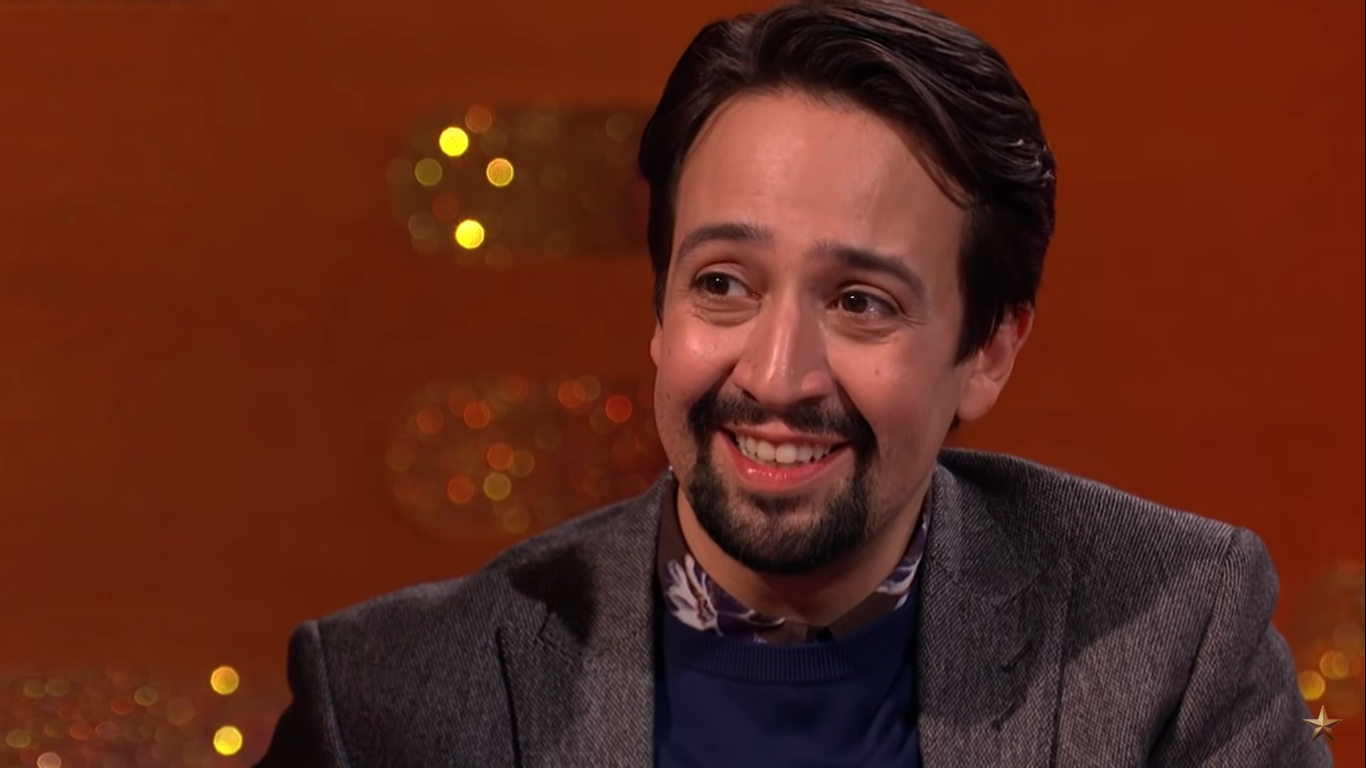 Lin-Manuel Miranda is a celebrated actor, singer, songwriter, rapper, composer, director, producer, author, and playwright. He is most popularly known for his close association with the pop-culture phenomenon, ‘Hamilton’ the musical. Miranda was born in 1980 in New York City and grew up in the Inwood neighborhood along with an older sibling. He was a student at the Hunter College Elementary School and then Hunter College High School.

Miranda started nurturing his talents in playwriting while in school. He drafted the skeleton of what would later become his first Broadway musical ‘In the Heights’ in 1999. After finishing school, Miranda enrolled at Wesleyan University, whose theater company, Second Stage, took to the script of ‘In the Heights.’ Thereafter Miranda made a few additions such as rap and salsa numbers to the script just before it debuted on stage. Today he is one of the most famous, loved, and most prominent celebrities of Hollywood. If you are curious to know how he made his wealth, we have the answers for you.

How Did Lin-Manuel Miranda Make Money?

Miranda’s career took off when his Broadway musical ‘In the Heights’ garnered success through several Tony nominations. The musical ended up winning four major Tony awards and a Grammy. Miranda also received a Tony nomination for the same. As he worked on many other Broadway productions, he also indulged in some small roles for films and television, like in the shows ‘The Sopranos,’ ‘Modern Family,’ and later in NBC’s ‘Brooklyn Nine-Nine.’ He is currently a recurring main cast member on HBO’s ‘His Dark Materials.’ His other successful Broadway musical was ‘Bring It On: The Musical’ that premiered in 2011 and was again nominated for two major Tony awards.

See you on the other side.
Enjoy tonight's #HisDarkMaterials… pic.twitter.com/6qgzPtm1sW

In 2015, ‘Hamilton: An American Musical’ premiered off-Broadway and was soon brought to the Broadway stage. The musical was a resounding success and was marked as one of the most significant pieces in pop culture history. The musical had grossed over $500 million by 2020. It also brought Miranda his Pultizer Prize for Drama along with a Grammy bestowed onto the musical for Best Theater Album. 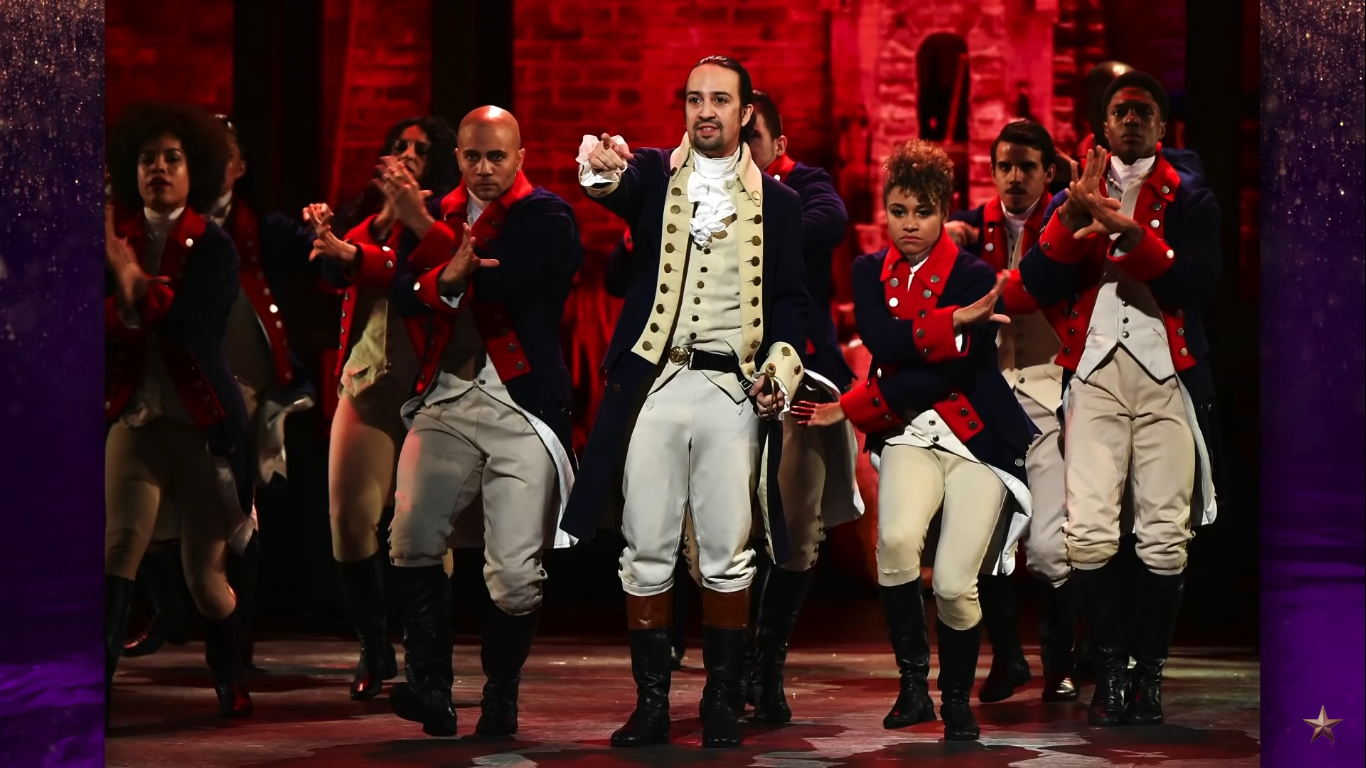 Miranda has also had a very lucrative career as a music artist. He acted as a composer besides being an actor for the 2009 revival of ‘The Electric Company.’ He wrote and composed music for commercials and co-founded Freestyle Love Supreme, an improv hip-hop group where he established his position as a rapper. His musical contributions in the world of films include the power ballad “How Far I’ll Go’ from Disney’s ‘Moana,’ which brought him Golden Globe, Critics’ Choice, Oscar, and Grammy Award nominations and contributing to the background score for ‘Star Wars: The Force Awakens’ and ‘Star Wars: The Rise of Skywalker’ amongst others.

Miranda also worked as an English teacher at the high school he was a student in for some time. During these times, he wrote articles for the Manhattan Times as a columnist and restaurant critic. Two of his notable articles were for The New York Times: ‘Stop the Bots From Killing Broadway’ and ‘Give Puerto Rico Its Chance to Thrive,’ both dated 2016. He has also co-written the books ‘Hamilton: The Revolution’ with Jeremy McCarter and ‘Gmorning, Gnight!: Little Pep Talks for Me & You’ with Jonny Sun. 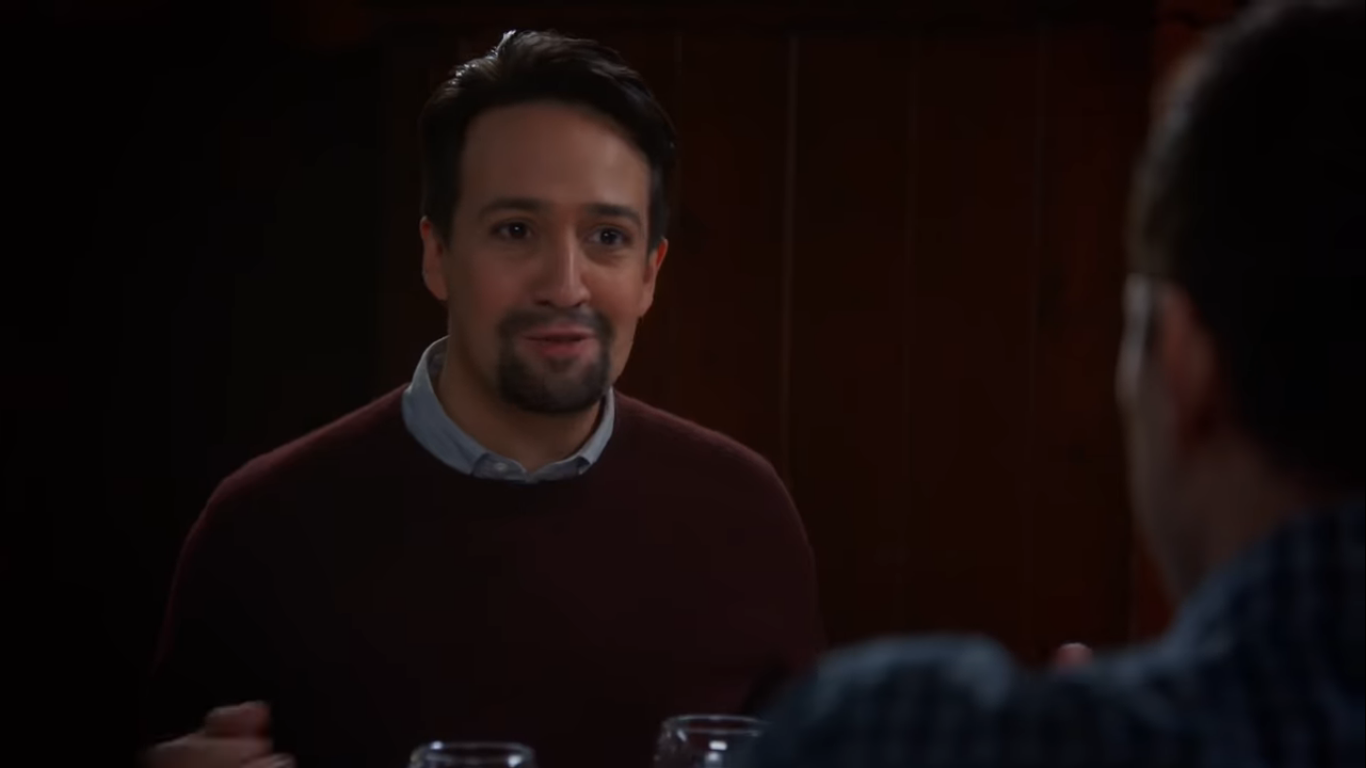 Apart from these, Miranda also sells his official merchandise on his official website. The merchandise ranges from t-shirts to toy pins, bracelets, mugs, and more. He has also been involved with real estate. He bought the Drama Book Shop in New York City to save it from going out of business. Miranda is a known activist and is known for his contribution to relief work after Hurricane Maria. He has helped the Hispanic federation raise over $20 million through proceeds from his own song “Almost Like Praying” to help those affected by the disaster.

What is Lin-Manuel Miranda’s Net Worth?

Miranda’s successful career as a Hollywood personality, playwright, actor, and musician has brought him a salary of $45 million within a year. Therefore, it is of no surprise that his current net worth as of 2021 is estimated to be around $80 million.