What is Nicole Polizzi’s Net Worth? 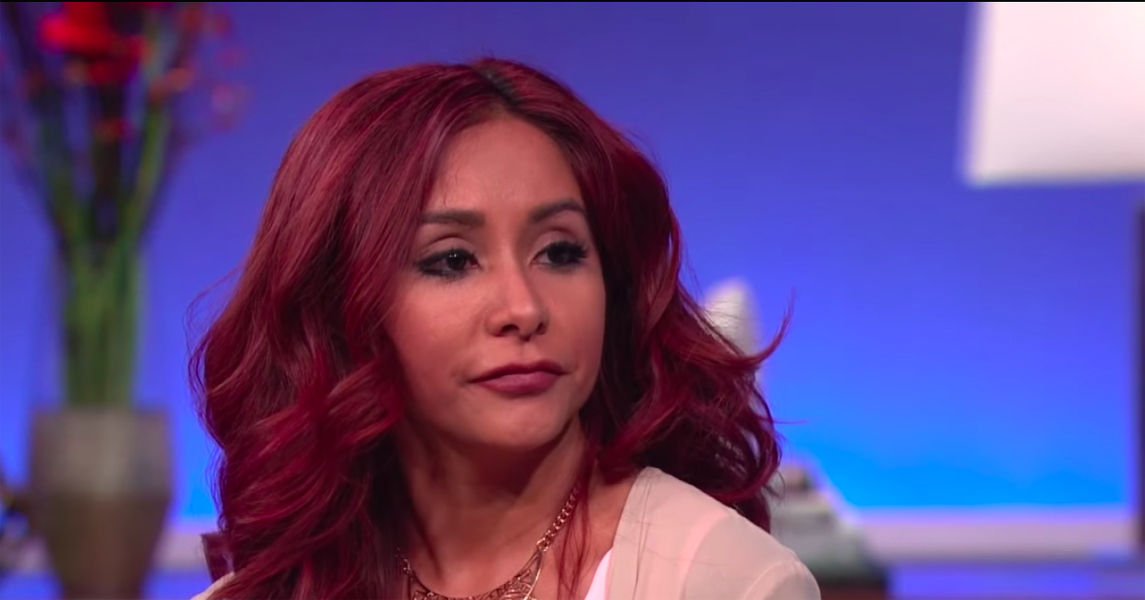 Nicole “Snooki” Polizzi is a reality TV personality whose wild partying and controversial antics on MTV’s ‘Jersey Shore’ garnered her a large fan following. Nicole was born in November 1987, in Santiago, Chile. She got adopted by Italian-American couple Andy and Helen Polizzi at six-months-old. Nicole grew up in Marlboro, New York, and battled an eating disorder as a teenager. She was also a cheerleader in high school and attended Brookdale Community College.

Post her time on ‘Jersey Shore’ as the resident party-girl, Nicole appeared in a variety of reality shows, but more on that later. Nicole’s life has taken a 180-degree turn from her wild ‘Jersey Shore’ days in recent years as the now mother-of-three leads a pretty mellowed out and tame lifestyle, with the sole focus on raising her kids and running her entrepreneurial venture. She married husband Jionni LaValle in November 2014, after the birth of two of their kids. Curious to know more about Nicole’s career and her current net worth? Here is all the information that you need.

How Did Nicole Polizzi Make Her Money?

Many fans believe that Nicole’s first appearance on reality television was when she got cast for ‘Jersey Shore’ in 2009, but that’s not true. Sure, she catapulted to fame with ‘Jersey Shore’ but her first appearance on reality television was on ‘Is She Really Going Out With Him’ with then-boyfriend Justin. ‘Is She Really Going Out With Him’ is an MTV series about women dating obnoxious, arrogant, and just plain unsuitable men. That’s how she got on MTV’s radar and was approached for ‘Jersey Shore’. She was named the breakout member of the cast for all of the ‘Jersey Shore’ seasons and the 2010 Halloween saw Snooki costumes as one of the most popular. Her outrageous drunken antics on the show made Nicole a fan-favorite among audiences.

In 2011, Nicole and Jennifer “JWoww” Farley starred in their own MTV spin-off show ‘Snooki & JWoww’, a series that lasted for four seasons and ended in 2015. That same year, though, ‘Snooki & JWoww’ was revived as a web-series titled ‘Snooki & Jwoww: Moms With Attitude’. Nicole was a participant on ‘Dancing With The Stars’ Season 17 in 2013. In 2016, Nicole and her husband starred on the f.y.i. series ‘Nicole & Jionni’s Shore Flip’. Apart from multiple talk show appearances, Nicole has also hosted ‘WWE Raw’ a few times. She has authored three books in total – “A Shore Thing” in 2011, “Confessions of a Guidette” also in 2011, and “Gorilla Beach”, the sequel to “A Shore Thing” in 2012.

Most recently, Nicole has appeared on ‘Jersey Shore: Family Vacation’ as one of the main cast, and ‘How Far is Tattoo Far?’ as the show’s host. In July 2020, she announced her upcoming line of baby gear called MAWMA which will retail at Buy Buy Baby stores. Nicole also runs her own business – The Snooki Shop, with outlets in New Jersey (32 Main St, Madison NJ 07940) and New York (508 Main St, Beacon NY 12508).

As of 2020, Nicole “Snooki” Polizzi’s net worth is estimated to be $4 million. Along with her husband, she owns two homes – a three-story colonial home in Florham Park, New Jersey that they purchased for $2.6 million, and a beach house that’s very close to the Seaside Heights shore house that featured in ‘Jersey Shore’. The beach house is a five-bedroom, three-and-a-half bathroom home that the couple got for $850,000. The property comes with a heated saltwater swimming pool, a fireplace, a Tiki hut, and a dock with a boat lift.