What is Shawn Pomrenke’s Net Worth? 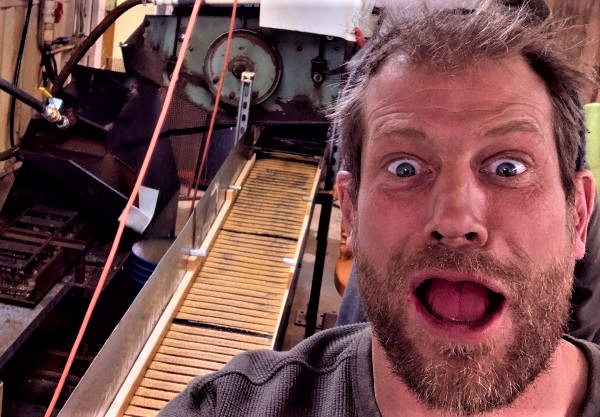 Born on March 26, 1975, Shawn “Mr. Gold” Pomrenke is a gold miner and a reality television personality. His father, Steve Pomrenke, dreamt of becoming a gold miner in Alaska while growing up on a Minnesotan dairy farm. He worked hard and several decades later launched his first gold venture, which unfortunately failed. However, he did not lose heart and tried again with his son, Shawn. The father-son duo moved to Nome, Alaska, when Shawn was only 13, and thanks to his father, he started working as a gold miner as a teenager the following year.

Shawn and Steve’s last-ditch effort worked, and they literally struck gold. The father-son duo ended up establishing themselves in the gold mining industry. When it comes to Shawn’s relationships, there are a lot of rumors; however, during a Reddit AMA, the gold miner clarified that he is not married. But since 2016, there is little information about his relationship status, and Shawn is notorious for keeping his personal life away from the public eye. However, his career as a gold miner and television personality has been quite impressive, and he has earned considerable fortune. But before we go deeper and look into that, here’s an overview of his career so far.

How Did Shawn Pomrenke Make His Money?

Shawn was only 14 when he began gold mining in Alaska. His father has previously tried his luck in the mining industry but had ended up failing. However, when the father-son duo tried together, they ended up pulling thousands of ounces of gold from the Bering Sea. Although they had already literally struck gold, Shawn and his father did not become famous until they appeared on Discovery’s reality television series ‘Bering Sea Gold.’ Despite their contrasting personalities, they managed to impress viewers around the world and became very popular.

Over the years, Shawn has starred in several television shows like ‘Bering Sea Gold: After the Dredge,’ ‘Bering Sea Gold: Under the Ice,’ and ‘Gold Rush: The Dirt.’ Plus, he has been in numerous episodes on ‘Bering Sea Gold.’ Apart from being a reality television star and a skilled gold miner, Shawn is also a savvy businessman. Although Pomrenke Mining filed for bankruptcy a few years ago, the gold miner has still found ways to make things work for him.

He has other business ventures, including Northwest Gold Diggers, which is reportedly doing great. The television personality purportedly earns about 200,000 from every season of ‘Bering Sea Gold.’ Apart from that, he has made millions of dollars in the gold mining industry and continues to earn handsomely. Shawn has lived his life following his heart and has ended up making a considerable fortune in the process. So, without any more speculation, let’s have a look at his net worth.

Shawn Pomrenke’s net worth is estimated to be around $3 million. Since the gold mining industry is flourishing and Shawn is also earning a lot of money from the television industry, we can expect his net worth to increase in the coming years.