What is the Lazarus in La Brea, Explained

NBC’s ‘La Brea’ is a time travel show where a group of people lands in prehistoric times when a sinkhole opens up in LA. At first, it appears to be an isolated incident, but as time passes, it becomes clear that there is an entirely different set of events that has kickstarted the opening of such portals in different parts of the world. The people who are thrown into the past have no idea how they landed themselves in such a situation, while their family and friends work tirelessly to bring them back home. In the midst of all this, a mysterious scientist named Rebecca Aldridge turns out to be the only person who knows more than she lets on. At the end of Season 1, she reveals the presence of a modern building in 10,000 BC. What is this place and what does it mean for the people stuck in the past? Here’s what you should know.

What is the Lazarus? 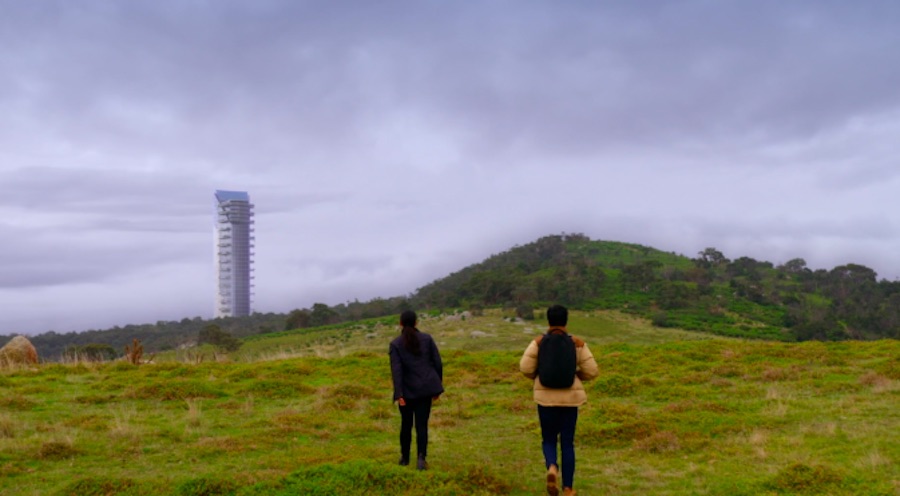 ‘La Brea’ is keeping its secrets close to its chest and reveals information about the sinkholes and other stuff related to time travel in bits and pieces. Something similar is happening with the building that Rebecca shows to Scott at the end of Season 1. From what happens in Season 2, it looks like everything is converging to this one location, and Gavin’s connection with it is much more important than previously imagined.

The building is called the Lazarus and Rebecca Aldridge was the one, or at least one of the people, who built it. She was a part of a group of scientists, which involved Silas and two other people, who are revealed to have been Gavin’s parents. The exact nature of their research is not known, but Aldridge confesses that the sinkholes are the result of their actions. They don’t just send a person in a different timeline, but they are also catastrophic to the timeline in which they occur. As they expand, they trigger earthquakes that can cause a lot of damage and claim hundreds of thousands of lives.

By far, it is impossible for a person to simply create a sinkhole of their own and travel to a different timeline. There is, however, a controlled way to time travel and go wherever you want. Aldridge claims that there is a portal inside the building which allows a person to travel in time. While we still don’t know what goes on inside the building, it looks like it might be some kind of research facility. Aldridge, Silas, and Gavin’s parents might have used it as their lab where they experimented with time travel portals. Something must have gone wrong and the entire building landed in 10,000 BC. Now, the scientists there use the coal from the mines that the Exiles control to fuel their machines and keep the research going.

It is possible that Aldridge and Silas parted ways due to some disagreement, which probably involved Isiah, whose parents are back in 1988. They were both ousted from the building never to be allowed back in, which is why it has become so difficult for Aldridge to access the building. Because it is such a huge structure, we can expect that a whole bunch of scientists and other people live there, and use it to research a lot of other things in addition to time travel. While we wait for the show to unravel the mysteries of this place, it is certain that the revelations about the building will pose more questions than the mysteries it answers.