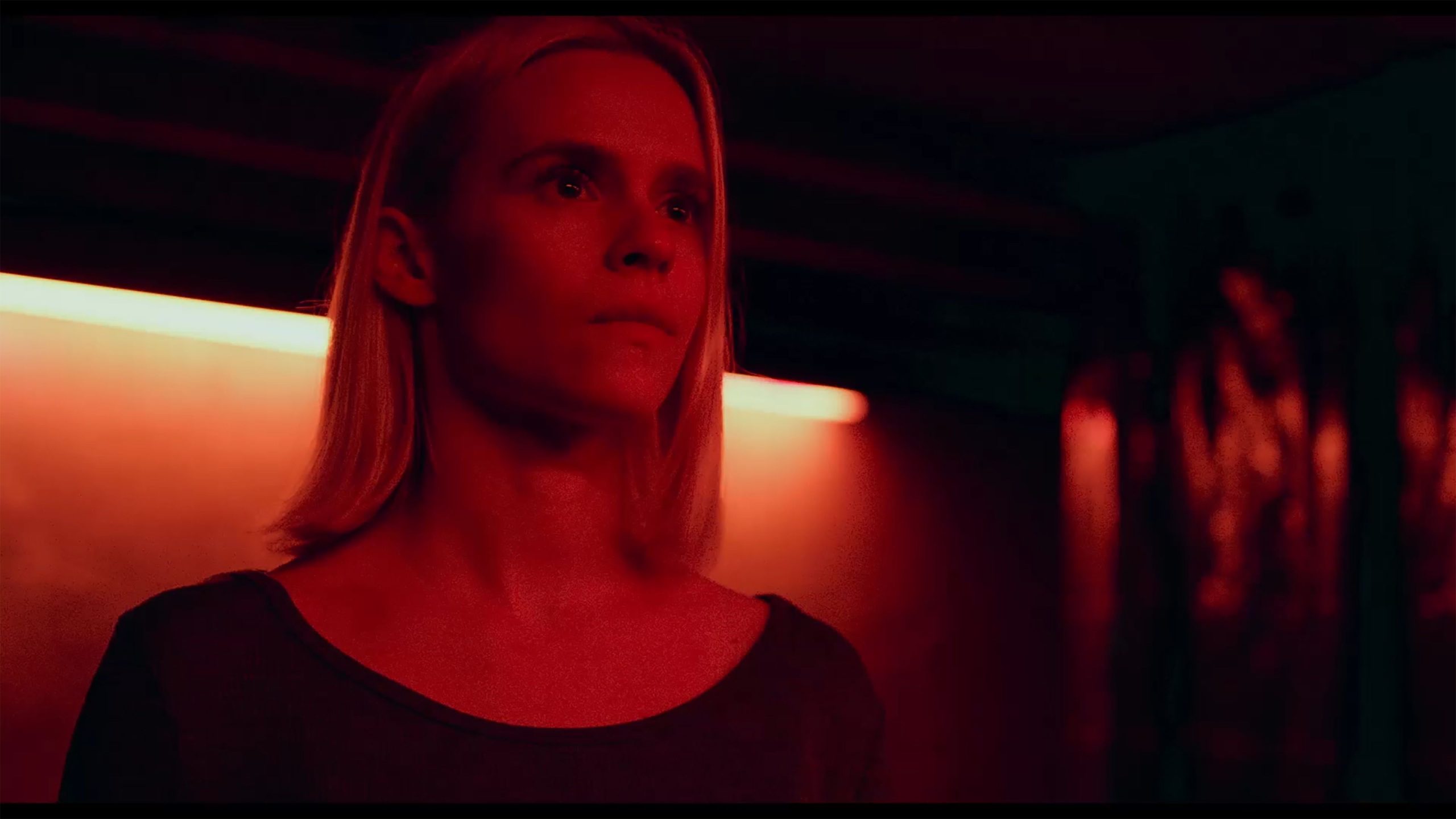 The climax of a horror film can make or break the tension that the plot works so hard to sustain. One movie that stands out for its ending is ‘What Lies Below,’ and it is definitely a brain-scratcher. Starring Ema Horvath, Trey Tucker, and Mena Suvari, the premise explores the importance of family and survival. So, what goes down between Liberty, John, and Michelle? Let’s get right into it. SPOILERS AHEAD.

What Lies Below Plot Synopsis

Liberty, a socially awkward teenager, comes home from camp to find that her mother, Michelle, is dating an extremely handsome ecologist named John. In fact, even the daughter cannot stop thinking about him. One day, Michelle tells Liberty that they are engaged. However, the daughter notices that her soon to be stepfather has the tendency to behave rather strangely. Is he, in fact, too good to be true?

What Lies Below Ending

Liberty locks John out of the basement in an attempt to rescue her mother. The daughter also manages to get in touch with 911, but John somehow enters the room and creeps up behind her. This is also when Liberty sees the dead body of her best friend submerged in liquid. Although John attacks the teenager, she throws salt on him and saves herself. Liberty then releases Michelle from the contraption, and they try to leave the property. 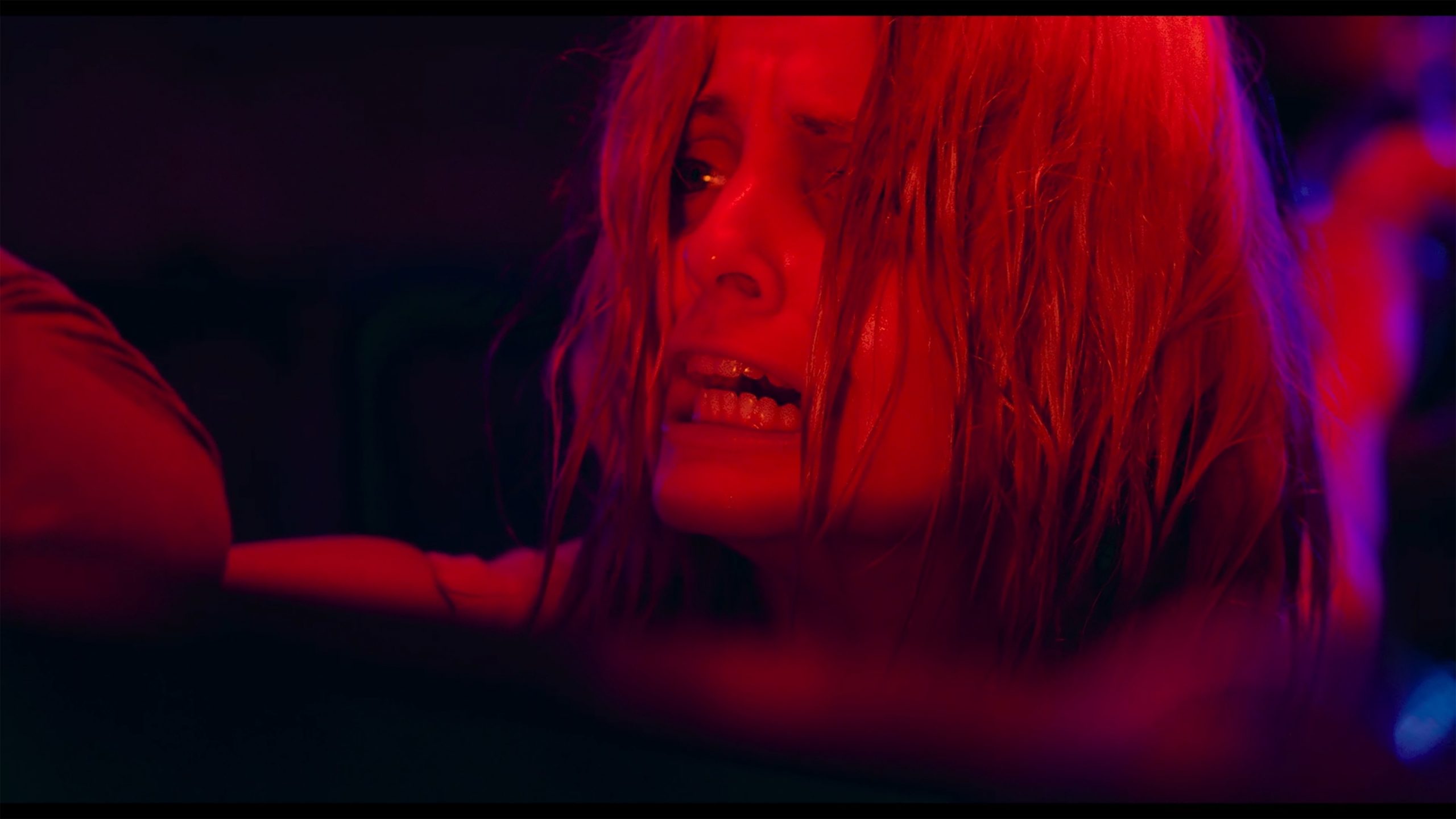 However, John foils their plans. Liberty then finds herself in a white room, and multiple Johns walk in. They punch the walls, and the bodies of many women are seen. John tells Liberty that they don’t have a lot of time, following which, he transfers a blue ball of energy from his mouth to hers. He forces her to swallow it, and she becomes unconscious. Later, she wakes up in a glass chamber filled with water. She is surrounded by the multiple women that John has preyed on in the past. She tries to break free but is unable to.

What is The White Room?

The room we see at the end is equal parts cryptic and fear-inducing, especially once the larger conspiracy is revealed. All the water chambers have women in them, and it is certainly hard to deduce what exactly has happened to them. Sure, we concur that John must have planted his seed in them, just as he did with Michelle. But what do the chambers signify, and are these women still alive? 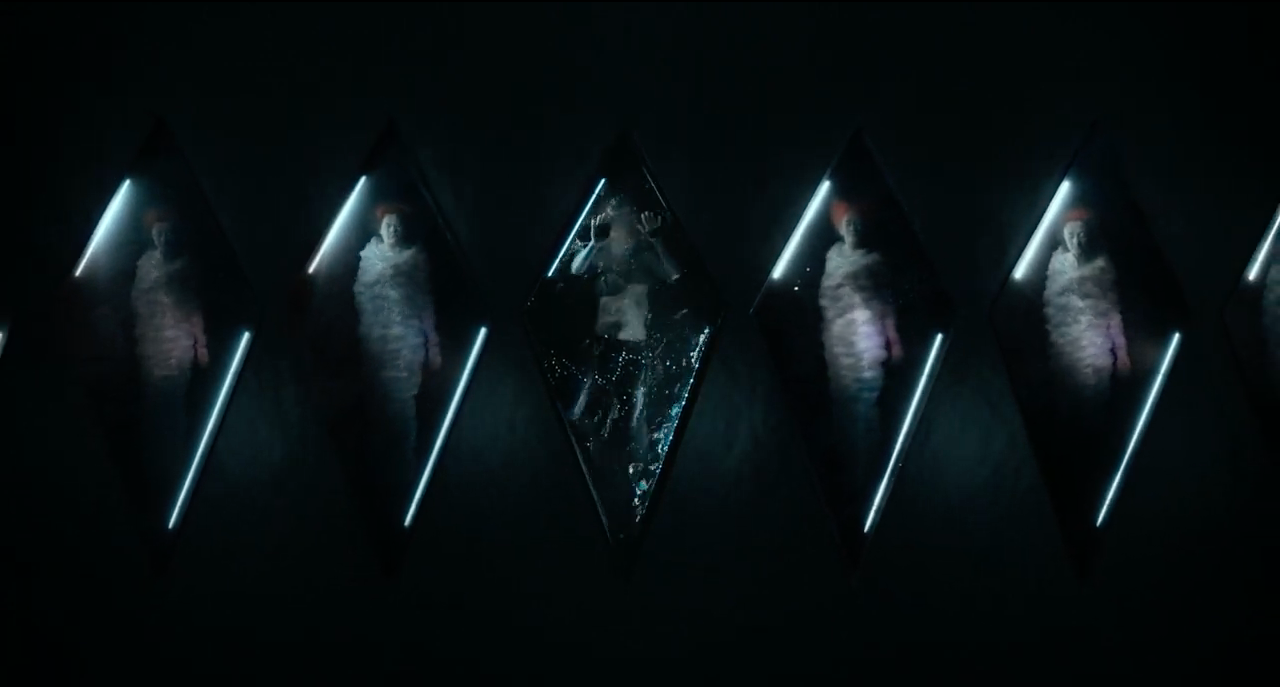 One notices right off the bat that these women are enveloped in a sort of a cocoon, but their left hand is visible. This leads us to believe that they aren’t dead yet, but are in a (horrifying) form of hibernation against their will. Furthermore, they all have red hair. The image of Liberty, struggling in the center, is juxtaposed with their still bodies and this only adds to the creepy milieu. But all of this still doesn’t answer the fundamental question – what lies below, in this room?

In an interview, writer-director, Braden R. Duemmler, clarified that John belongs to a species that needs fresh water to survive. This is why he also experiments with the various wildlife in the vicinity of the house. Furthermore, Duemmler pointed out that in every scene, John can be seen either touching water or drinking water because he essentially needs it to breathe. He also addressed the water tanks and stated that these women are going to be transported back to John’s home planet, which comprises mostly of water. The blue ball of energy is supposed to help these women breathe while submerged. 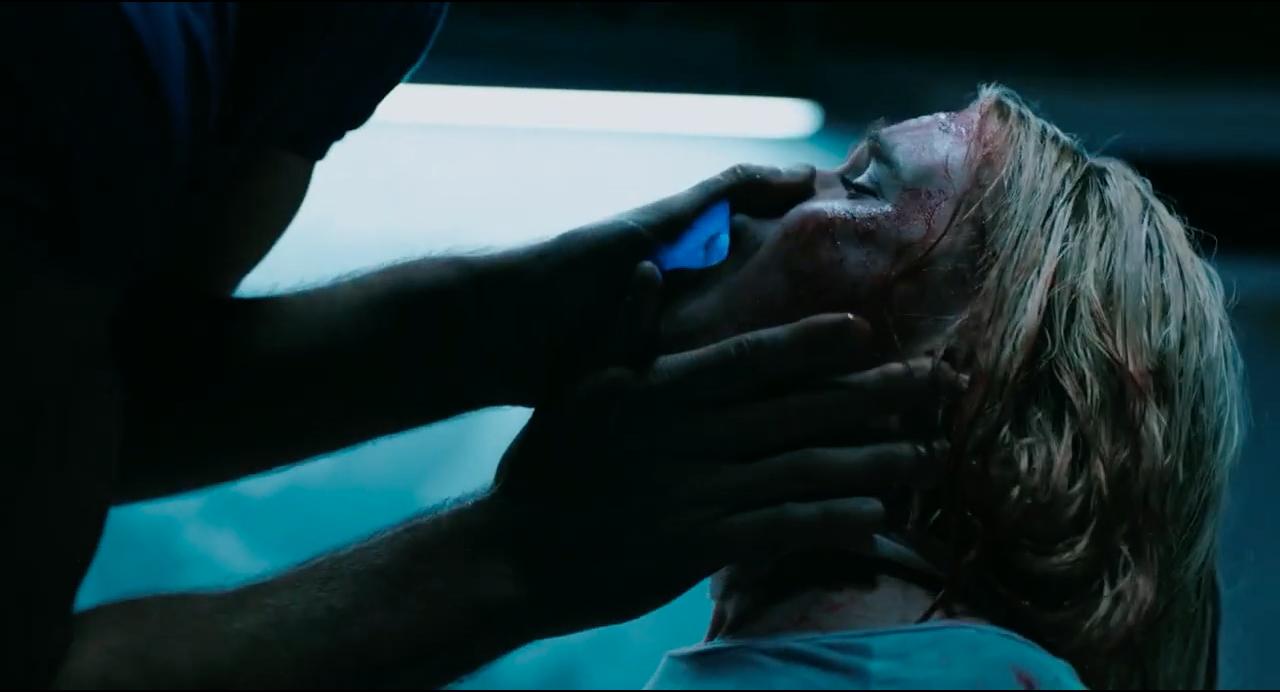 The writer also stated that all these different facets of the plot unite in the climax, which takes place in the cargo bay of John’s spaceship. This interview certainly helped answer many questions, as this is one ending that had us stunned as well. But what is so appreciated about the certain vagueness that accompanies the climax is that one can run with the story in any direction.

Is Liberty Dead or Alive?

This is the million-dollar question at the end of the film. After all, Liberty is in a water-filled chamber that seems impenetrable, meaning that her chances of escaping it are slim. Then, there’s the fact that right before the screen goes dark, she appears to be grinning. So what does this mean for the teenager? Is she dead, is she alive, or is she in limbo? 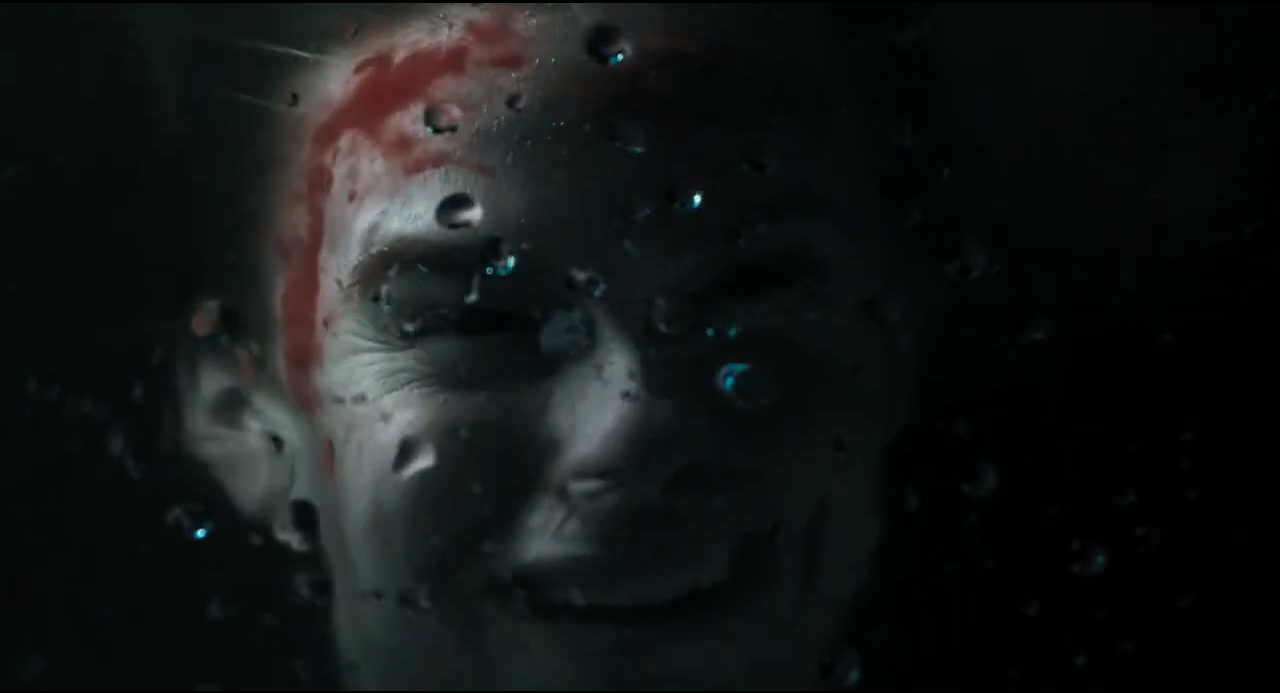 Well, after much retrospection, we think that Liberty will not die in the short term. It is evident that John is a member of a predatory species that can only survive in freshwater. This is why we see steam when Liberty throws the bucket of salt at him. For John to be able to ensure the survival of his species, the teenager is important. What other reason does he have for trapping her in the water chamber? He could have easily killed her if he simply felt like she would expose his entire operation.

Plus, her grinning at the end could be indicative of her surviving the ordeal somehow. We now know that John intends to transport all these women back to his home planet and that the blue ball of energy is supposed to help them breathe. So it definitely feels as though Liberty’s life is safe for the moment. However, no one can determine what will happen to her in the future. It could be the case that once the ship makes it back to John’s planet, all these women, including the protagonist, could perish. 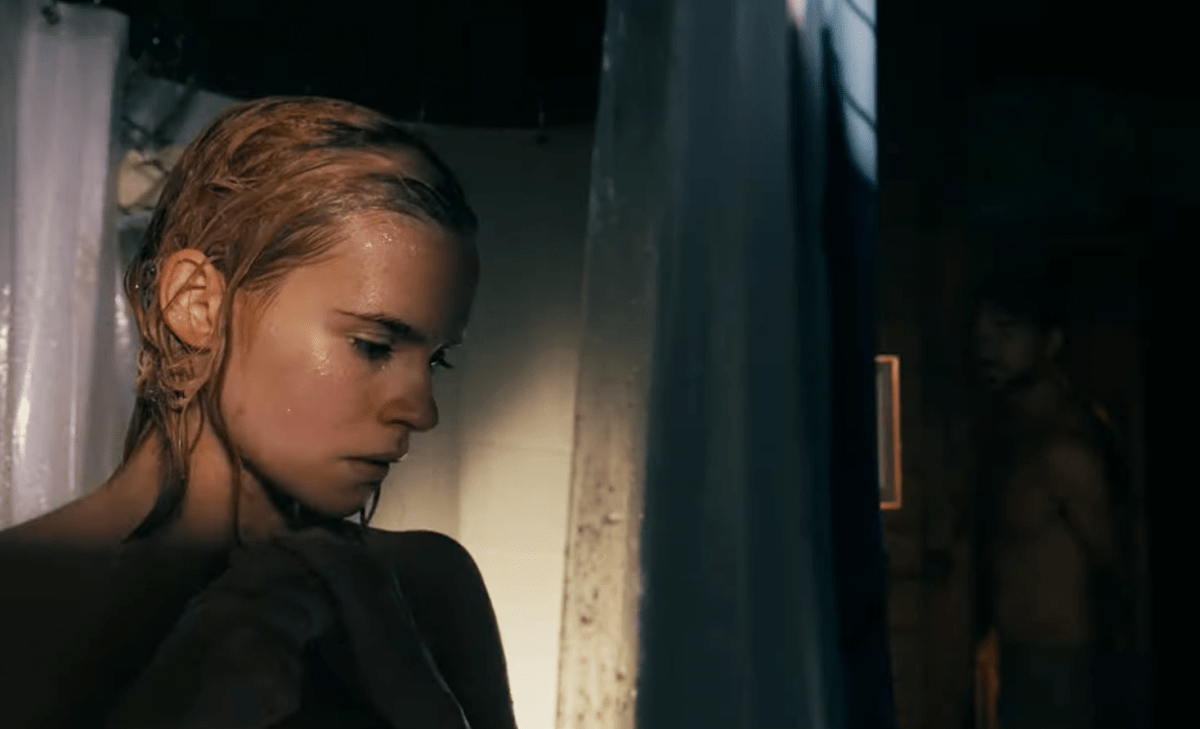 The constant exposure to water will also start having adverse effects on their bodies. According to BBC Science Focus, in such a situation, one would suffer from open sores and would also be at risk of fungal infections, even if the water itself is clean. Also, the pressure of the liquid would reduce circulation and make it harder for them to breathe.

Even if John is able to transport these bodies relatively quickly, there is one little problem: his home planet is almost entirely made of water. This means that these women will not really be able to escape the aforementioned effects. For these reasons, we think that while Liberty will hold on to her life for the first few days (or even weeks), the chances of her survival are slim in the long term.