Where Are Candice Martinez and Dave C. Williams Now?

VH1’s ‘My True Crime Story’ revolves around the lives of people involved in harrowing and startling crimes, who come forward to share their stories about the same. The second episode of the show’s first season follows Candice Martinez, the infamous “cell phone bandit.” Candice, along with her then-boyfriend Dave C. Williams, robbed four branches of Wachovia Bank, only to eventually get convicted. As the episode opens a window to the “redemption story” of Candice, our readers must be intrigued to know more about her and her accomplice Williams’ current whereabouts. Well, here’s everything you need to know about the same!

Who Are Candice Martinez and Dave C. Williams?

Candice Martinez and Dave C. Williams first met while studying at Northern Virginia Community College and they eventually became partners. Soon, they moved in together and started robbing the Virginia branches of Wachovia Bank. The first robbery happened in the branch located in the town of Vienna, where Williams previously worked. Williams and Candice used the former’s computer to print notes threatening to shoot the bank tellers. With a note, Candice walked into the Vienna branch, talking to Williams through a cell phone, and demanded money from a teller. The boyfriend was in the getaway car outside the branch, working as a lookout. 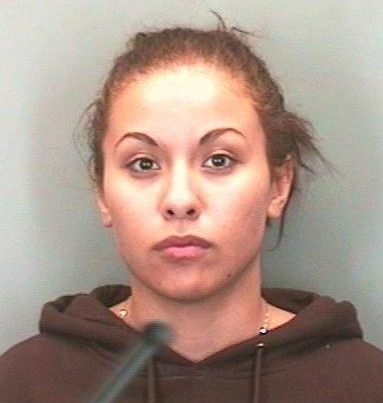 Candice and Williams used the same method to rob Wachovia Bank branches in Springfield, Manassas, and Ashburn as well, completing the robberies between October 12, 2005, and November 4, 2005. In Ashburn, Candice flashed a handgun, given by Williams as admitted by himself. The couple reportedly robbed $48,620 from the four branches and then rented an apartment in Chantilly, Virginia. They used the money to buy 1997 Acura Integra, large-screen televisions and other electronics, clothes, and a bedroom set. Candice and Williams got arrested in November 2005. As per reports, authorities only recovered about $4,770 from the couple.

In December 2005, both Candice and Williams pleaded guilty to charges of conspiracy to commit bank robbery and brandishing a firearm during a crime of violence. Under Candice’s plea deal, the United States attorney dropped four counts of bank robbery. In March 2006, Candice was sentenced to 12 years in federal prison, including five years for conspiracy to commit bank robbery and seven years on a firearms charge. During the trial, Candice apologized to the bank tellers she threatened while committing the robberies.

Like Candice, Williams was sentenced to 12 years in federal prison, which included seven years for the gun charge and five years for the conspiracy charge as well. During the trial, he apologized to bank tellers, the prosecutors, and his family. Both Candice and Williams were also ordered by the court to repay $43,850 to the banks they robbed.

Where Are Candice Martinez and Dave C. Williams Today?

Candice Martinez was imprisoned in the Federal Correctional Institution, located in Danbury, in the state of Connecticut. She was released from prison on July 1, 2016. After her release, Candice reunited with her family. She wanted to open a new chapter of her life upon her release and went to school to become an aesthetician to materialize her wish. Candice also opened a new business in a few months. “It offers me a place to empower somebody by making them happy with themselves,” Candice talked about her decision to be an aesthetician, as per ‘My True Crime Story.’

In 2018, Candice was “adopted” by Paul Jones and Gail Goodman Jones, whom she affectionately calls “poppa bear” and “momma B” respectively. She is close with her cousins, nieces, and nephews and spends most of her personal time with her dog Duchess. The aesthetician is also interested in practices like meditation. As per sources, Candice currently lives in Santa Fe, New Mexico, and has chosen to keep her current relationship status private.

Dave C. Williams was released from federal prison on May 20, 2016. After his release, he started working in a famed fitness company as a fitness specialist/coach. Currently, he is a tier 3+ fitness coach in the same company. Williams is a dedicated bodybuilder as well. Even though, as per sources, he is currently based in Fairfax County, Virginia, Williams frequently travels across the county and has even visited multiple foreign countries recently. He has chosen to keep his personal life private.