Where Are Colin Kaepernick’s Parents Now? 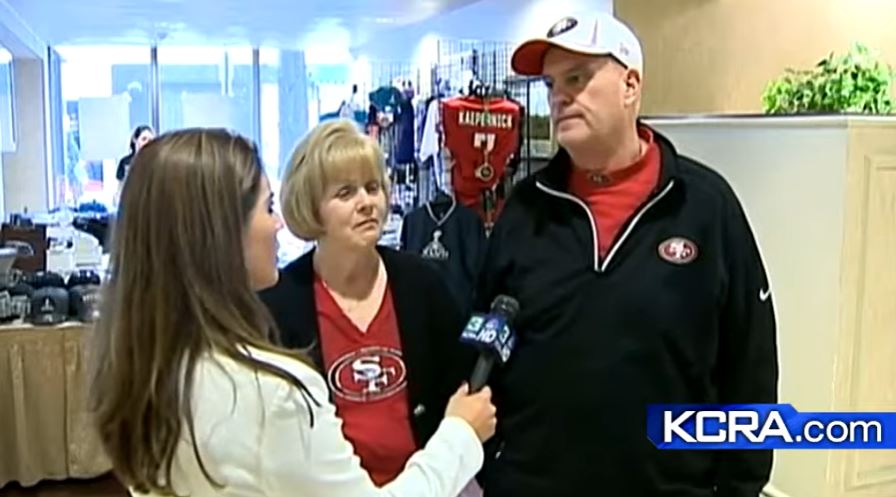 Coming out of college, Colin Kaepernick was considered a standout football prospect, eventually being drafted by the San Francisco 49ers in 2011. The talented dual-threat former quarterback led them to the Super Bowl in 2013. But in 2016, he became one of the most polarizing figures in the country when he decided to take a knee during the national anthem before games. He did so to protest against racial inequality and police brutality.

Now, Netflix’s ‘Colin in Black & White’ charts his teenage years as a promising baseball and football player and his journey trying to fit in as a multiracial child adopted by white parents, Rick and Teresa. So, let’s find out where they might be today, shall we?

Who Are Colin Kaepernick’s Parents?

Colin was born to Heidi Russo in 1987 when she was just 19-years-old. Soon, Colin was placed for adoption. The identity of his biological father is unknown. At about 5-weeks-old, Colin was adopted by Rick and Teresa Kaepernick. They lived in Fond du Lac, Wisconsin, and had two biological children, Kyle and Devon. The couple had also lost two sons at birth due to heart defects. When Rick took up a job as an Operations Manager at the Hilmar Cheese Company in California, the family shifted to Turlock, a predominantly white town.

Growing up, Rick and Teresa were always open about Colin’s adoption. In an interview, the former footballer and civil rights activist said, “I knew I was different to my parents and my older brother and sister. I never felt that I was supposed to be white. Or black, either. My parents just wanted to let me be who I needed to be.” However, Colin still faced some issues as a child due to the color of his skin. When he would go on vacations and arrive at a motel lobby, he was looked at differently.

Talking about it, Colin added, “It didn’t matter how close I stood to my family, somebody would walk up to me, a real nervous manager, and say: ‘Excuse me. Is there something I can help you with?'” But Colin’s parents instilled within him a great value system that carried over into his adulthood as well. After picking football over baseball in college, Colin played exceptionally well as the quarterback for the University of Nevada, Reno, eventually landing a starting gig in the National Football League.

However, the aftermath of Colin Kaepernick’s decision to protest against racial inequality by taking a knee was divisive. Thankfully, his adoptive parents always stood by him, and in a statement, they said, “We want people to know that we are very proud of our son and admire his strength and courage in kneeling for the rights of others.”

Where Are Colin Kaepernick’s Parents Now?

According to reports, Colin’s biological mother, Heidi, initially received his pictures and updates about his life from the Kaepernicks. But when he was about 7-years-old, she asked them to stop because it was too painful for her. Later on, Heidi did hope for a relationship with Colin. Rick and Teresa have always been by his side and share a close bond with him. Furthermore, Colin never misses an opportunity to showcase his gratitude and affection towards his parents.

After Colin took a knee, there was a lot of negative press around him. Unfortunately, Colin was also the subject of racist tweets. In a statement of support for their son, Rick and Teresa added, “We were truly shocked at the amount of racist hatred out there! Until this had occurred, we had naively believed that the racial atmosphere in this country was far better than it actually is.” Today, Rick and Teresa seem to live in Turlock, California and are grandparents as well.

Read More: Where is Colin Kaepernick Today? What is He Doing Now?