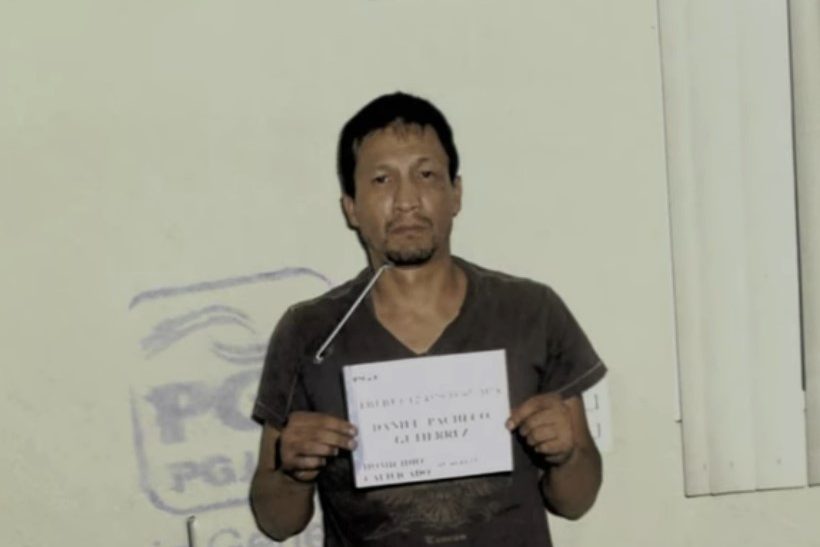 Five brutal murders in the Narvarte neighborhood of Mexico City in July 2015 left the entire world in utter shock. Netflix’s ‘In Broad Daylight: The Narvarte Case’ explores this homicide that tragically cut short the lives of photojournalist Rubén Espinosa, activist Nadia Vera, model Mile, makeup artist Yesenia Quiroz, and domestic cleaner Alejandra Negrete. The documentary intricately explores the various theories surrounding the motive behind the murders, including the involvement of the three killers, Daniel Pacheko Gutiérrez, Abraham Torres Tranquilino, and Cesar Omar Martinez. Now, if you wish to know more about their current whereabouts, we have you covered.

Who Are Daniel Gutiérrez, Abraham Tranquilino, and Cesar Omar Martinez?

On July 31, 2015, the five victims mentioned above were found dead in an apartment in Narvarte, Mexico City. All had a single gunshot wound to their heads and were bound by duct tape. Moreover, detailed autopsies later revealed that Nadia, Mile, and Yesenia had reportedly been sexually assaulted before being killed. Not just that, all the victims had been brutally tortured, with Rubén and Nadia’s bodies bearing multiple cuts from a sharp object on their backs and necks.

Since the five were shot execution style, investigators speculated that the assailants were trained to do so, hinting at the murders being instructed by someone else. Besides, the forensic reports concluded that the murders had occurred between 12 PM and 3 PM on July 31, 2015. When the authorities checked the CCTV footage of the apartment complex in that time frame, they identified three men, Daniel Pacheko Gutiérrez, Abraham Torres Tranquilino, and Cesar Omar Martinez.

As per the footage, the trio was allegedly seen entering the apartment around noon, exiting with a suitcase after 3 PM, and driving off in Mile Martín’s red Mustang. On August 5, 2015, Daniel was promptly arrested after identification; he was a 41-year-old ex-convict working as a car washer at the time of the murder. He was priorly convicted of rape and assault in 2000 and served a five-year sentence. Per reports, Daniel admitted to being in the Narvarte apartment but claimed that he had only robbed items from there and not killed anyone.

In addition, Daniel identified his two accomplices, 25-year-old Abraham, a former cop who worked as a car attendant, and Omar, a juggler who performed at traffic intersections. As per Daniel, Abraham was in a relationship with Mile, allegedly involved in prostitution (according to the documentary). He had barely known the other two men for some days when the latter invited him to the apartment to procure sex. Daniel stated that on July 31, 2015, he reportedly had sexual relations with Yesenia, and Abraham had the same with Mile, whom he called Nicole.

Daniel claimed they reportedly left the apartment at 2:30 PM, but Abraham went back for his keys and returned, followed by Omar, who came downstairs fifteen minutes later. Omar and Daniel then departed in Abraham’s vehicle while he drove off in Mile’s Mustang. On top of that, Daniel divulged that he only stole a black backpack and that they heard of the murders two days later. In late August 2015, the police arrested Abraham, who had formerly served four years in prison for torture and improper use of public service; he was released on parole in 2012.

Abraham alleged they had gone to meet Mile to collect a drug consignment from her and denied knowing the other victims. Later investigation revealed a phone call between him and the slain model sometime before the murder. Finally, in September 2015, the third suspect, Omar, was taken into custody. Surprisingly, in January 2016, Abraham and Daniel retracted their statements, denying they had visited the apartment. Regardless, the Attorney General’s office stood by their claim that the men had been in the apartment on the day of the murder.

As the investigation dragged on, several theories were raised about the motives of the murderers. This included Rubén and Nadia’s involvement in political protests that had resulted in them receiving death threats for several days before the homicide. On the other hand, investigators believed that the murder was connected to drug trafficking, given the presence of drugs in the apartment and Abraham’s statement. However, the Attorney General’s office ruled out the homicide as organized crime.

Besides, many independent media organizations probed into the matter, claiming that at least two more people than the three detainees were involved in the murder and even submitted CCTV footage supporting the same. Furthermore, the documentary states that several calls were allegedly placed between the three men and a few more individuals before and after the homicide, indicating it to be a crime committed with coordination. Sadly, those people were never identified, and the Attorney General’s office could not provide the murderers’ motives.

Thus, victims’ lawyers and families accused the investigation officers of tampering with and concealing the evidence and leaking sensitive information. Nevertheless, in 2018, the court refused an amparo against the formal imprisonment of Daniel and Omar; it is a writ to protect the judicial rights of individuals. In April 2021, Omar and Abraham’s involvement in the murders were fully identified.

Each was sentenced to 315 years in prison for the charges of diverse femicide, qualified homicide, and robbery. As of writing, Daniel’s sentence is still pending, and he awaits his trial behind bars in Mexico. Meanwhile, Omar and Abraham are also serving their sentences in Mexico.

Read More: Narvarte Murders: Who Were the Victims? How and Why Were They Killed?