Where Are Michael and Robert Meeropol Now? 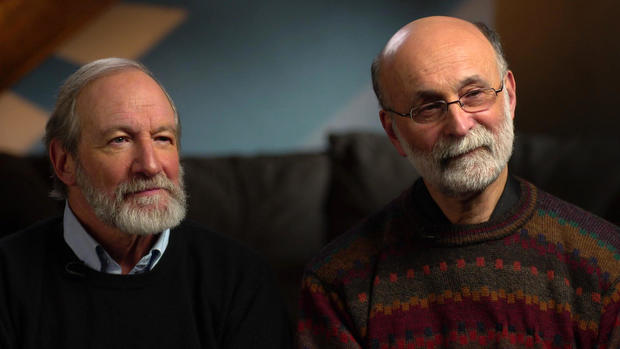 ‘Bully. Coward. Victim. The Story of Roy Cohn’ is a look into the role Roy Cohn played in Julius and Ethel Rosenberg’s espionage trial, and how later he was tied to several prominent political figures, making him and several of his activities being-deemed as extremely notorious. Decades after his death, his involvement in the execution of Julius and Ethel Rosenberg has been brought to notice by the couple’s children, Michael, and Robert Meeropol.

Who Are Michael and Robert Meeropol?

Michael and Robert Meeropol are Julius and Ethel Rosenberg’s children who were minors at the time their parents died. After the death of their parents, none of their relatives adopted them. In an interview, Robert Meeropol said, “They were terrified. Like, for instance, my father’s older sister wanted to take us in. But her husband owned a small grocery store. And he said, If people find out I’ve taken in the children of the Rosenbergs– they won’t buy food from my store.” The two have also stayed in an orphanage, but their saving grace was their high school teacher, a renowned songwriter and social activist Abel Meeropol, who, along with his wife eventually adopted the two.

As they grew up, Michael Meeropol became an economics professor, and Robert Meeropol became a lawyer. The two changed their stance regarding their father’s innocence after Morton Sobell’s confession in 2008, which stated that Julius Rosenberg played his part in the spy network. That said, they still posit that he was not an atomic spy as he is alleged to be. The two also co-authored a book titled, ‘We Are Your Sons: The Legacy of Ethel and Julius Rosenberg,’ in 1975. Later, Robert Meeropol also wrote a memoir titled, ‘An Execution in the Family: One Son’s Journey’ in 2003. In 1990, he also founded the Rosenberg Fund for Children, a non-profit that seeks to provide aid for children whose parents are targeted, liberal activists.

In 2015, after the release of transcripts regarding the case, the two brothers contacted former President, Barack Obama’s administration to make them acknowledge the wrongful conviction of their mother, Ethel Rosenberg. While there were several authentic claims to support Julius’ involvement in the spy ring, it was not the same with Ethel. Many believe that she was an added accessory to the whole case. In 2015, members of the New York City Council issued a proclamation regarding the same. In 2016, the two even launched a petition, through the foundation, however, it yielded no results. The advocation had caught such momentum that in 2017, Elizabeth Warren even put in a letter to President Obama, to pardon Ethel Rosenberg, but it did not happen.

In an interview, when asked if they would pursue the same legal fight during the Trump administration, Robert Meeropol said, “I’m not interested in banging my head against the wall, so I don’t think it’s worth bringing before Trump, but the future stretches in front of us.”

Where Are Michael and Robert Meeropol Now?

The two still seem to be heavily rooted in clearing their mother’s name, which comes from the acknowledgment of her having been wrongfully executed. This family’s desire for justice must also be the reason why Michael Meeropol’s daughter, Ivy Meeropol went on to make two documentaries about the case, one of them being, ‘Bully. Coward. Victim. The Story of Roy Cohn’. (Feature Image Credit: CBS News)