Where Are Michaella McCollum’s Mom and Siblings Now? 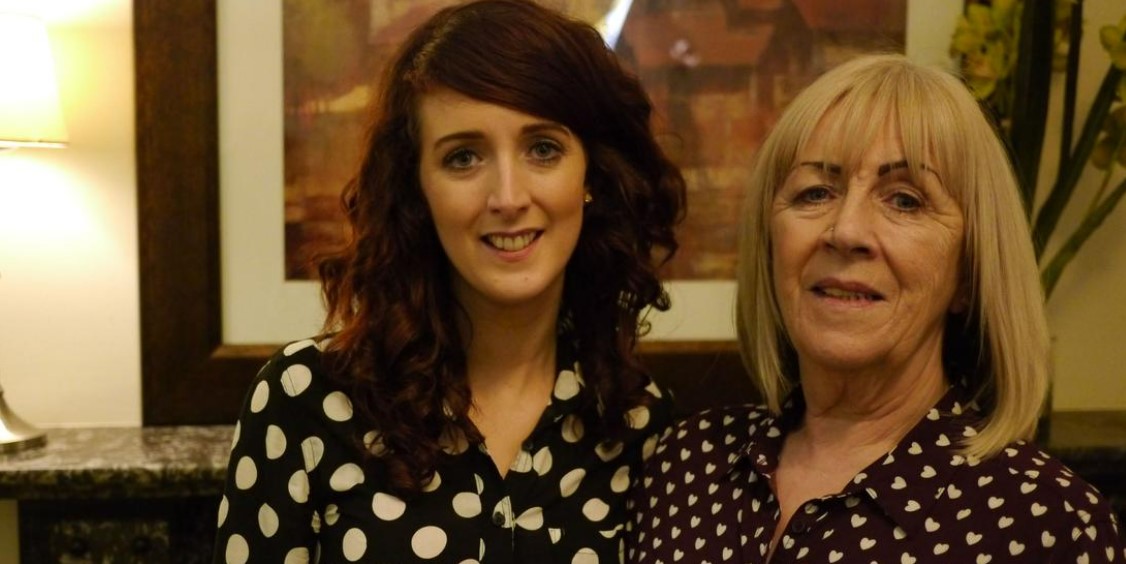 When Michaella McCollum left Ireland for Ibiza, Spain, she never imagined she would end up in a Peruvian prison. But that was precisely what happened in August 2013. Netflix’s four-part docuseries’ High: Confessions of an Ibiza Drug Mule’ focuses on Michaella and Melissa Reid’s story of how they tried to smuggle 11 kilos of cocaine from Peru into Europe, leading to their arrest. The show also explores how it affected Michaella’s family. So, if you’re curious to find out more about them, here’s what we know.

Who is in Michaella McCollum’s Family?

Michaella was the youngest of 10 children and grew up in Aughnacloy, Northern Ireland, during the 1990s. She remembered that her Catholic family received death threats at one point and constantly saw drugs and death around her. In June 2013, Michaella decided to leave it all behind and bought a one-way ticket to Ibiza. Her sister, Samantha, said, “In a matter of three weeks, [Michaella] got the passport, the tickets, she was going to Ibiza.”

It was the first time Michaella had ever left the UK, and her family was understandably worried about it. Her mother, Nora, and her sisters visited the day before the flight, and she remembered them crying. Michaella said, “They told me afterwards they had a feeling that something was going to happen, that I wasn’t supposed to go there.” It soon turned out they were right.

In August 2013, the family launched a Facebook campaign after not hearing from Michaella for over ten days. Then, it was revealed that she had been arrested in Lima, Peru, for trying to smuggle cocaine into Europe. Nora later said, “When young people go abroad, you never know what will happen to them or what company they keep. I was worried about her going to Ibiza, but I never thought anything like this would happen.”

The development distressed the family, and they initially believed Michaella was innocent. In December 2013, Samantha said, “In our opinion, Michaella is innocent; in our opinion, she will always be innocent. Michaella has never been in trouble before, so this is a very big shock to us, and we will all support her.” At the same time, Michaella and Melissa were sentenced to serve over six years in a Peruvian prison.

Michaella remembered the first phone call she made to her family from prison. When I called and said ‘Hello,’ my mum knew it was me. She started shouting and screaming, and all my family members came on the phone – everybody was really happy. I was trying to talk, but mum was too busy. When I finally said, ‘I’m in jail,’ she didn’t really understand, and the call cut off before I could explain.” Her brother later told her about their mother passing out.”

Where is Michaella McCollum’s Family Today?

Samantha struggled to deal with her sister’s incarceration in the beginning. In June 2014, she said, “Still now when people say to me ‘Your sister’s in jail,’ I have to go, ‘Yeah, my sister is in jail.’ It hasn’t hit us yet. It still upsets me. I can’t handle it; I still can’t handle it.” In the end, Michaella had an emotional reunion in 2016 when she was released from prison and had her mother and brother, Keith, pick her up, in addition to some other loved ones.

In 2019, it was reported that Michaella had been living with her mother in Northern Ireland. She gave birth to twin sons, Raphael Genie and Rio Addison, in May 2018 after getting pregnant during a short relationship. However, Michaella has not revealed the identity of the father. As for her sister, Samantha, she was married in September 2018 to Aaron Attwood, and from what we can tell, they live in Ireland and have a daughter together. Finally, Keith lives in Dungannon, Ireland, and is a father of two children. The rest of Michaella’s family have maintained a low profile and seem to be based in Ireland.