Where Are Richard Allen’s Wife and Daughter Now? Delphi Update 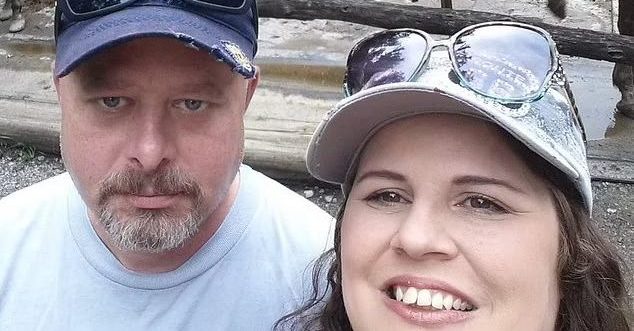 The February 2017 disappearance of teenagers Abby Williams and Libby German in Delphi, Indiana, took the entire nation by storm after their bodies were discovered the next day. As the police searched for the killer, they found the most considerable evidence in Libby’s phone. More than five years and several suspects later, they suddenly arrested Richard Allen, who was then charged with the murders of the two girls. The ‘Down The Hill: The Delphi Murders’ podcast intricately covers the entire investigation. But if you wish to know more about Richard’s wife and daughter, who found themselves in the limelight due to his arrest, we have you covered!

Who Are Kathy Allen and Brittany Zapanta?

On February 13, 2017, 13 and 14-year-old Abigail “Abby” Williams and Liberty “Libby” German went missing while hiking on the Delphi Historic Trail in Carroll County, Indiana. When their families and the police began searching for them in the surrounding area, they discovered them brutally murdered barely 0.5 miles away. Given the brutal nature of their deaths, the authorities concluded it was a homicide and started looking for possible suspects.

Luckily, Libby’s phone provided them with the most crucial evidence- pictures likely taken just before they had tragically lost their lives. The photos depicted an unidentified male who was seen walking toward the girls when they stood on the Monon High Bridge. Moreover, the police found a short voice clip of a man saying, “down the hill.” Based on the photos, a composite sketch was drawn and circulated, with the man termed the primary suspect.

The police went through several potential suspects over the next five years, including Ron Logan, the farmer on whose property Abby and Libby’s bodies were discovered; he passed away in 2020 and maintained his innocence till the end. In addition, they questioned Kegan Kline, a man from Peru, Indiana, who was embroiled in an investigation for child pornography and allegedly using a fake social media account to speak with Libby.

Nevertheless, Kegan was apprehended for the child pornography charges and continued to insist he had no involvement in Abby and Libby’s death. In April 2019, things took a surprising turn when the Indiana police released a different-looking sketch of the suspect as well as an extended voice clip wherein he could be heard saying, “guys, down the hill.” As they proceeded with their investigation based on this evidence, they finally made a breakthrough by arresting Richard Allen.

The 50-year-old is a pharmacy technician who lives in Delphi with his wife, Kathy Allen, a veterinary doctor. The couple tied the knot in November 1991 and has a daughter named Brittany Zapanta, born in 1994. The family moved to Delphi in 2006 and were quite amiable with the locals. Richard worked at the CVS pharmacy in town after obtaining his license in 2018. Meanwhile, the police have withheld the details of his arrest for the time being. Besides, his house and yard were searched, although the evidence, if any, has not been disclosed to the public.

In the initial hearing, Richard was charged with Abby and Libby’s murders but pled not guilty. Interestingly, Kathy shared a photo on her Facebook page in late 2021, which though unrelated to the case, eerily connected her husband to it. She and Richard were regulars at the bars and pubs in town, and in the now-deleted picture from December 2021, they can be seen sitting right in front of the suspect sketch, which was being circulated for Abby and Libby’s murder case. Not just that, the Allens’ home is barely 2.5 miles away from where the teenagers went missing.

Where Are Kathy Allen and Brittany Zapanta Now?

Despite Richard’s arrest, the authorities have presently ruled out Kathy and Brittany’s involvement in Abby and Libby’s disappearance or deaths. In fact, both women were likely clueless about his reported connection to the incident. 50-year-old Kathy Allen still resides in the couple’s Delphi home and has her veterinary practice in the town. Given the sudden media and public attention due to the investigation, she has seemingly taken her social media accounts.

Kathy prefers privacy and has chosen not to comment on the case as the investigation continues. On the other hand, Brittany married Paulo Zapanta in November 2017 and now lives with her husband in Nappanee, Indiana. Since her father’s arrest, she has deleted most of her social media accounts and wishes to be away from the public eye.