Where Are The Couples From Temptation Island Season 3 Now? 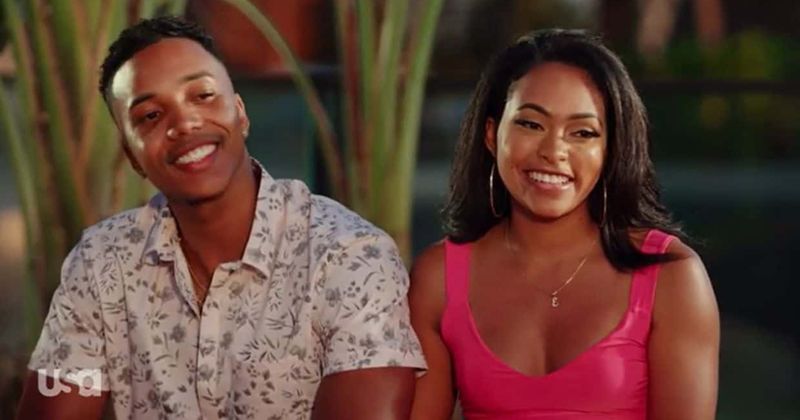 Presented by Mark L. Walberg, ‘Temptation Island‘ is a reality series that tests the strengths of several couples by having them live with a group of singles of the opposite sex on an island like no other. Based on the Dutch television show ‘Blind Vertrouwen,’ translating to ‘Blind Faith,’ each of the participating relationships here is thrown into the deep end. While some come out stronger than ever, others get broken apart at the very seams. So now, if you’re curious to know where the couples from the third season are today, we’ve got the details for you.

Chelsea Brea and Thomas Gipson had been dating for just a year before appearing on ‘Temptation Island.’ However, unlike most relationships, which are still in their honeymoon phase during this time, theirs had moved on to include trust issues, along with aspects like possessiveness and utter uncertainty. While Chelsea was admittedly jealous of other girls and frustrated due to her boyfriends’ flirtatious nature, Thomas felt that she should, at least, have some faith in him.

Chelsea and Thomas’ bond was never perfect, but it spiraled down once they broke the rules they’d set for each other and kissed other people on the show. Yet, in the end, they decided to stay together and sort through all their problems, calling their relationship a work in progress. So, as per the last reports, they’re still very much in love. In fact, they’ve even gone as far as to defend each other on social media platforms and have also announced a podcast together.

Los Angeles, California, natives Erica Washington and Kendal Kirkland are a couple whose turbulent connection had us all intrigued from the get-go. Having been dating for almost two and a half years, Erica considered her boyfriend to be “the one” for her. But Kendal doubted that his girlfriend could keep up with his lifestyle. Thus, in an attempt to hopefully prove that things couldn’t get any better, Erica got them to the island, only to have her heart broken. After all, rather than getting ready to settle down with his girlfriend, Kendal ended up cheating on Erica.

Tired of being underappreciated, Erica ultimately decided to do what was best for her and stepped away from her love with a promise to put herself first. Then, a shocked Kendal chose to pursue Alexcys Homan, who broke up with him after finding out that she was the second option. Today, Erica is thriving as a public figure, whereas Kendal continues to work as an entrepreneur. He has a website that promotes his fitness ebook and helps his fans be updated about his upcoming projects, along with an OnlyFans profile on the side. They both seem single and happy.

Like all the other couples, Erin Smith and Corey Sobczyk, who had been together for more than a year and a half, came on ‘Temptation Island’ to navigate their relationship issues. However, as time passed, they simply realized that they could be everything the other needed and never once slipped up. Yet, during the reunion special episode, after it came to light that Corey had lied about staying in touch with a fellow islander, Amanda Spain-Butts, he and Erin broke up.

With that said, soon after everything was said and done, on April 27, 2021, Corey posted an adorable image with Erin on Instagram to announce that they had reunited. “The show might have ended,” the caption reads, “but our journey continues. I know the person you are…[and] I love you.” Since then, both Erin and Corey have flaunted their bond to clarify any doubts about their current standing. From the PDA, we think it’s safe to say that they are stronger and happier than ever.

As high school sweethearts who’ve been together for 11 years, it’s not all that surprising that Kristen Ramos and Julian Allen from New Jersey were the most solid couple on season 3. However, the shock was that they still needed to test their relationship before deciding whether they are ready to spend the rest of their lives together or not. Julian, a former pro athlete and personal trainer, and his two prior infidelities did play a role here. But physical therapist Kristen’s inability to let go of the past and embrace a possible positive future was just as significant.

Despite a series of unsettling passing remarks and uncertainty from both individuals, making it seem like they would split up for good, not only did Kristen and Julian leave the island together, but they are also engaged to be married now! Kristen had said that this show would “make or break us,” and we’re glad to report that it’s unquestionably the former. “Things have been great,” Julian stated during the reunion special, adding that he plans on tying the knot with his long-time girlfriend on July 24, 2022. For now, the couple is simply enjoying their life together.

Read More: Where Are The Couples From Temptation Island Season 2 Now?