Where Are Thomas and Jackie Hawks’ Children Now? 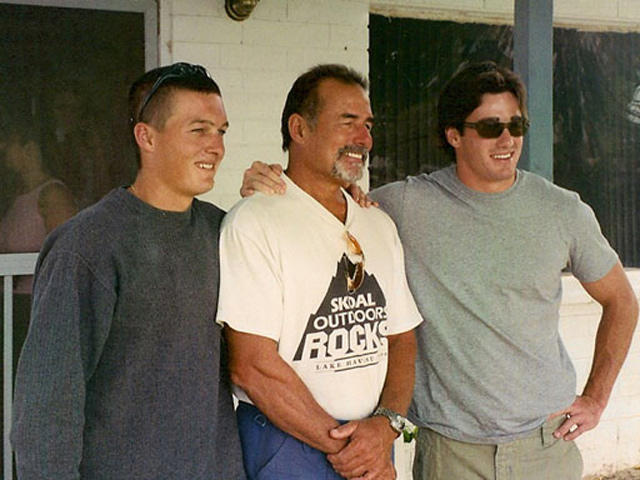 Matt Hawks was looking forward to his parents visiting. He had recently informed them about their newly born grandson. Thomas and Jackie Hawks, Matt’s parents, were ecstatic. So much so that they were willing to give up their adventurous post-retirement life onboard their beloved boat, “Well Deserved.” The couple put up the boat for sale and soon enough attracted a buyer.

On November 15, 2004, the two Hawkses, went on the trial run with the buyer and a few others. The next day, the Hawkses’ family found the yacht moored in its typical spot in Newport Beach, California. However, Tom and Jackie were nowhere to be found. The family became concerned and launched missing-person reports for the husband-wife duo. An investigation into the disappearance of the two Hawkses revealed a very intricate and heinous plot that had ended in Thomas and Jackies Hawkses’ death. The Hawkses’ two sons, Matt and Ryan, were in shambles. Their lives changed hereafter forever. Their experiences with the case were also a part of an episode titled ‘Overboard’ from ABC’s ’20/20′. Let us see what happened to them.

Who Are Thomas and Jackie Hawks Children?

Thomas and Jackie Hawks parented two sons in their lifetime, Ryan and Matt. They were Tom’s children from his first marriage. Tom met Jackie, who had lost her husband to an accident, through a chili cook-off in 1986. The two commenced a romance, which they soon turned into a marriage in 1989. Tom’s two boys, who were in elementary school at the time, looked up to Jackie as their own second mother rather than a stepmother. In an interview, Ryan Hawks recalled that his father’s life-long dream was to live to his fullest. He would often remind his sons that life was too short.

In 2004, Matt Hawks informed his parents, who, at the time, were on their post-retirement cruise life, that they were grandparents to his son. Matt’s parents were more than willing to mack back on land and buy a house so that they could be close to their grandchild. They found potential buyers and went on a sea trial (think of it as a test drive for boats) to never return. Their car, too, went missing.

During the investigation, Ryan was employed to be the spokesperson for a TV feature to help find his parents and his parents’ car. “The Hawks’ son Ryan is a really good-looking individual, so we put him in front of the cameras on national news for a plea to find this car and his parents,” said Detective Sergeant Dave Byington. In the ‘20/20’ episode ‘Overboard’ from ABC, Ryan says that after November 15, 2004, neither other family members nor he could get a hold of his parents, and it seemed unusual. “Next thing you know is, no one could get a hold of them,” Ryan said. “For them just to shut off their cell phones and drop off the face of the earth is…extremely out of character.”

Where Are Thomas And Jackie’s Sons Now?

Thomas and Jackie Hawkses’ gruesome murders have received widespread media attention, from podcasts to true-crime shows to a meticulously researched book titled ‘Dead Reckoning’ by author Caitlin Rother. The Hawkses’ sons, Ryan and Matt, eventually inherited the 55-foot boat of their parents’ dream and doom. However, they decided to sell it due to their financial status, which would not have permitted them to take care of the boat since it required high maintenance. The Hawks couple had planned to abandon their beloved boat for their grandson, Jace, born to Matt and his wife in Arizona in 2004. For Ryan Hawks, the boat was like his home after college.

The Hawkses, Ryan, and Matt, along with Ryan’s mother, Dixie Hawks, attended the trial in April 2005 of the convicts in Ryan’s and Matt’s parents’ murders. According to his Facebook profile, Matt works as an engineer at the Phoenix Fire Department and resides in Mesa, Arizona. Ryan, considered to be Tom and Jackie’s most vocal advocate, was a salesman and had contemplated writing a book as per reports dated 2009. Matt and Ryan’s interviews were featured in ABC’s ‘20/20’ in the episode titled ‘Overboard’ in 2020.