Where Are Twin Flames’ Jeff and Shaleia Now? 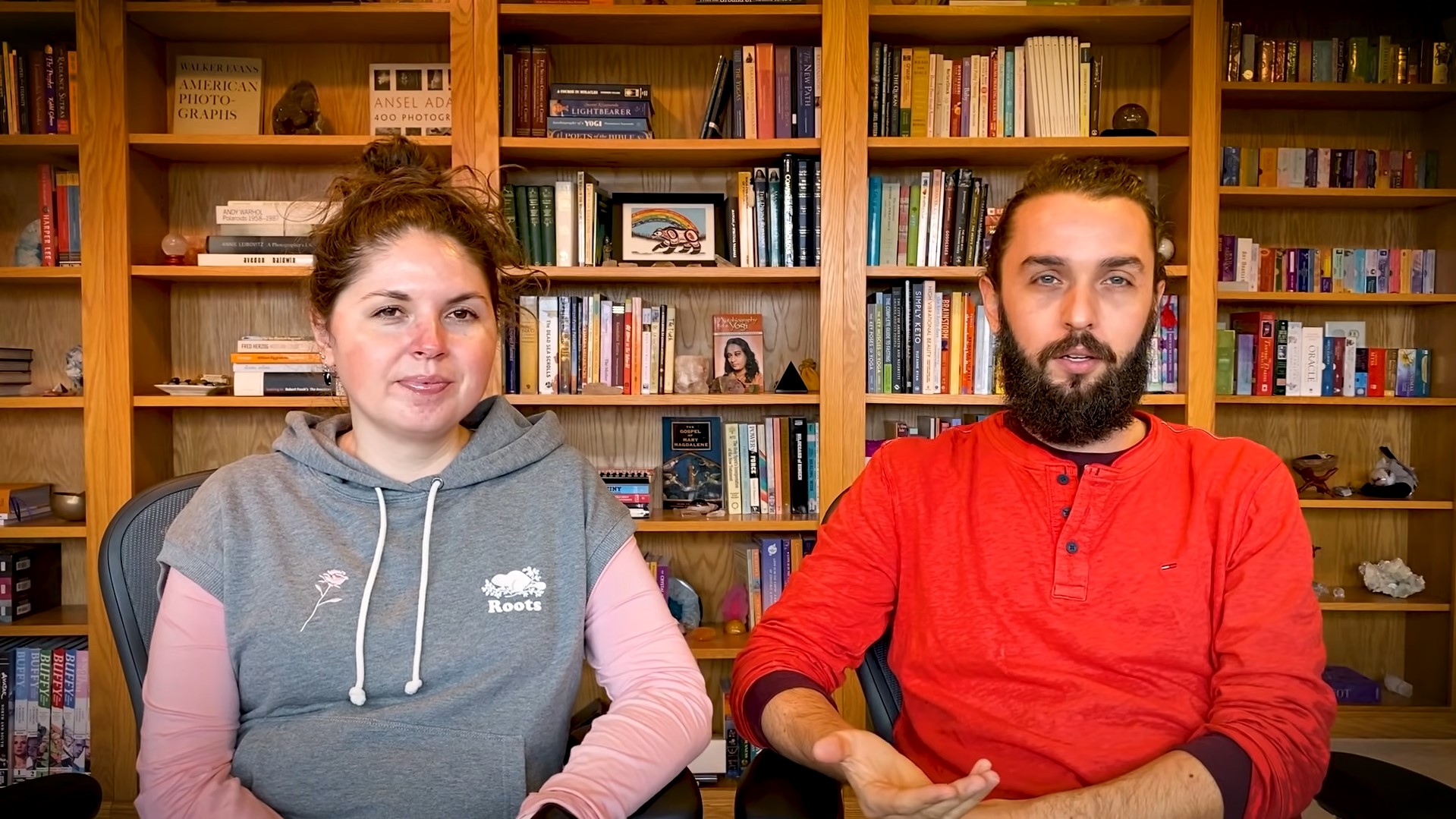 Using their own relationship as a benchmark, Jeff and Shaleia Ayan popularized the concept of “Twin Flames,” which speaks of every human being having a partner who is tailor-made and perfectly compatible with them. Starting out as YouTubers and relationship gurus, the couple soon managed to establish a massive Twin Flames universe which netted them a pretty handsome income.

However, people soon began questioning Jeff and Shaleia’s ways, and the podcast ‘Twin Flames’ narrates the experiences of real-life people who were affected by the couple’s seemingly controversial teachings. Let’s delve into the details and find out where Jeff and Shaleia Ayan are today, shall we?

Who Are Jeff and Shaleia Ayan?

Jeff and Shaleia Ayan came across each other on Facebook in 2012 when a mutual friend introduced them. However, they began talking once Jeff shared a meme on Shaleia’s wall in 2014. At that time, Jeff was busy running an Airbnb in Hawaii, while Shaleia was learning the ropes of being a spiritual teacher and earning a living as a hairstylist at a Sedona, Arizona, salon. When Jeff reached out to Shaleia, she was already heavily tuned into the concept of Twin Flames and realized that Jeff might be her perfect partner. Hence, she responded positively to his advances, and it did not take long for the two to get together.

Jeff and Shaleia initially went by the names Ender Ayanethos and Megan Plante, respectively. Although the Canadian native is a few years elder to Jeff, she wasted no time in introducing him to the concept. The couple brainstormed on how they could popularize Twin Flames before deciding on spreading the word through YouTube videos, social media posts, and live classes on Google Hangouts. The idea behind Twin Flames states that every person has a perfectly compatible partner somewhere in this world. That partner can be of any sex, orientation, race, or nationality.

Furthermore, the teachings ask one not to accept rejection and instead stay determined and unrelenting in the pursuit of their romantic interest, even if their twin flame is dating, married, or uninterested. Initially, Shaleia and Jeff introduced themselves as relationship coaches, and their popularity skyrocketed. While people spent thousands of dollars on the pair’s customized video lessons, live classes, and other content, there were some who even swore on the success of Twin Flames.

Besides, subscribing to the couple’s teachings earned an individual a place in an exclusive Facebook group that featured people from all nationalities and strata of society posting about how the concept of Twin Flames set them up for massive success in their lives. Although some found Jeff and Shaleia’s teachings to be somewhat controversial, others were ready to change their lives, sexual orientations, and outlook on the world just to find their perfect partner.

Where Are Jeff and Shaleia Ayan Now?

Jeff and Shaleia Ayan’s Twin Flames universe saw exponential growth during its initial years, earning a couple of thousands of dollars in revenue. However, things seemingly stopped on their tracks momentarily when ex-members claimed that the couple exploited them for money, made them do unpaid labor, and pushed them to violate restraining orders or cut their loved ones out of their lives if they refused to finance them. Jeff and Shaleia quickly responded to such accusations and denied them outright by releasing a 4-page letter, labeling the allegations as “cyber-violence.”

Although seeds of skepticism were already sown in people’s minds, all the controversies appeared as a minor setback as nothing was able to stop Jeff and Shaleia’s success. In the Spring of 2020, the pair moved to a sprawling $850,000 five-bedroom abode just outside of Traverse City, Michigan, where they live extravagantly. Moreover, their universe, which is now valued at well over a million dollars, includes the Church of Union as well as Jeff and Shaleia’s start-up, Divine Dish, through which followers can order specifically customized meal plans.

Apart from that, Jeff and Shaleia Ayan even earn tens of thousands of dollars through numerous coaching videos, lessons, and classes they sell as part of the entire package. Thus, even while controversies surround the Twin Flames universe, the couple has managed to carve out a niche for themselves and is currently leading a relaxed and successful life.