Where is Abey Belette Girma Now? 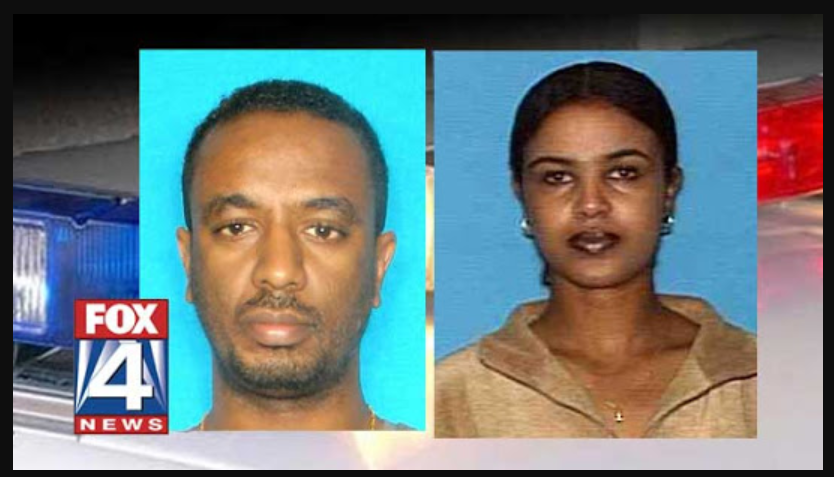 The victims: Yared and Salome

ID’s ‘The First 48’ is a long-running true-crime series that follows homicide detectives who race against time to find clues in the hours immediately following a crime since, statistically, if they don’t find a lead within the first 48 hours, the chances of solving the case are cut in half. Ever since the show’s inception in 2004, several real-life murder investigations have been featured on it. One of them, in an episode titled ‘Deadly Obsession/ The Killer You Know’, is the manhunt across three states immediately after a young couple is found shot dead right in front of their Dallas home. So who was this couple and why were they gunned down and by whom? Let’s find out.

Who is Abey Belette Girma?

Abey Belette Girma is a capital murderer convicted for the shooting and killing of Lemma Yayehyirad (also known as Yared) and Desta Yenenesh (also called by the name Salome), a young Ethiopian couple, outside their home in Dallas, Texas, shortly after midnight on August 15, 2012. Both husband and wife were shot three times each from a close range. Asmaru Mebrate, Yared’s mother who lived with the couple, woke up hearing the gunshots and ran outside to find the bodies lying on the doorstep as the killer got in a black SUV and drove away. She was the one who called 911.

As the detectives scrambled to find some clues to point at the identity of the shooter, they received a tip on August 16, 2012, from a colleague of Girma’s, Lupaka Patrick Djungu-Sungu. Girma and Lupaka worked together as chauffeurs at Casey Limousine International and had an assignment with Deloitte Company driving their clients from the Dallas–Fort Worth Airport to Deloitte University. They had apparently known each other for a period of two-three months. According to Lupaka, in the wee hours after midnight on August 15, Girma had called Lupaka, sounding disturbed on the phone and asking to meet. Lupaka had told him to meet him at the airport at 5:00 am. From there, Lupaka claimed that Girma had pulled out a gun and kidnapped him, instructing him to drive at gunpoint.

While in the car, Girma told Lupaka that he’d shot two people and wasn’t sure if they were dead or alive. Girma also said that he was going to shoot everyone at their office because they were racist. Reportedly, Girma made Lupaka drive to work, told their boss that they were taking a few days off (all the while hiding the gin behind Lupaka’s back), and then made Lupaka drive him from there in his personal vehicle – a blue Nissan.

Girma had told Lupaka that they were going to Denver, Colorado because he had some relatives there and he needed a place to lay low. He also told Lupaka that out of the two people he had shot, one was a woman he was having an affair with and the other was her husband. According to Girma’s confession statement later, he knew Salome back in Ethiopia before she was married to Yared. He had seen her one day working at an Ethiopian themed restaurant in Dallas that Salome owned with her husband, and they had rekindled their romance shortly after meeting again. An affair between the accused and the victim was never proven in court since there was only Girma’s testimony and no other evidence to corroborate the statement. But a clandestine affair with a married woman, if that even happened, would give Girma motive and probable cause for the killing.

Lupaka saw his chance of escape in a Wal-mart in Goodland, Kansas, where they had stopped for supplies and cash on their way to Denver. Lupaka managed to run away from Girma and called the police. By that time, Girma had taken the car and already driven away. On August 16, Asmale Teshome, a mother of three who lived in Aurora, Colorado (in the Denver region) was approached by a stranger in the church parking lot. The stranger asked Asmale a lot of creepily invasive questions like whether she lived in Denver, where she worked, her phone number, and if she loved her children. Understandably, Asmale drove out of there very fast, but the following day she saw him again as he followed her to church. All the while, the creepy stranger acted like he was an old friend of Asmale’s even though she had not seen him before August 16.

Asmale freaked out and called 911 when the stranger, for some reason, followed her to her home and banged on her door. She called her friend as well, who informed her about the news of a man matching the stranger’s description being on the run from Dallas, Texas, after shooting two people dead. Asmale and her kids also saw the news themselves and identified the stranger outside their door as Girma. By the time Denver police arrived there, Girma was already gone, thankfully leaving Asmale and her family safe behind.

Once the Denver police department informed the police in Dallas of Girma’s presence in Colorado, they issued a be-on-the-lookout order for the entire police department, especially since they now knew which car he was driving and had his detailed description. On August 17, 2012, law enforcement officers stopped and arrested Girma as he was driving around in the vicinity of the Ethiopian Orthodox Church.

Where is Abey Belette Girma Today?

The police recovered the murder weapon, a 9mm Taurus pistol, from the blue Nissan car that Girma was found in. He confessed to shooting Yared and Salome because they had both “insulted him” but he said he never intended to kill anyone. The defense pleaded unintentional manslaughter, but the prosecution convinced the jury to convict Girma for capital murder because of the fact that he had fired not once, but three shots into each victim from a very close range, which was a clear indicator of intent to kill. Girma was found guilty on all charges and sentenced to life imprisonment without the possibility of parole.

Girma appealed the court’s decision in 2015 and was denied. He is currently serving his sentence at the Stiles Unit in Texas State Prison and will stay in jail for the rest of his life.