HBO’s latest documentary, ‘Escape From Kabul,’ chronicles the evacuation efforts in Kabul, Afghanistan, in August 2021, just as the Taliban took over. The viewers learn of the tremendous loss of life and the immense struggle the Afghan civilians had to go through to be evacuated, with many still being left behind. Shabnam Dawran, a journalist, was part of the thousands that got away in time. So, if you’re curious to know more about the anchor and her current whereabouts, we’ve got you covered.

Shabnam Dawran started working as a reporter covering social issues in 2016, eventually becoming a news anchor. In August 2021, she had been working for RTA Pashto for more than six years. After the Taliban takeover, a press conference held indicated that women would be allowed to work and study according to Islamic law. However, Shabnam soon found that wasn’t the case. 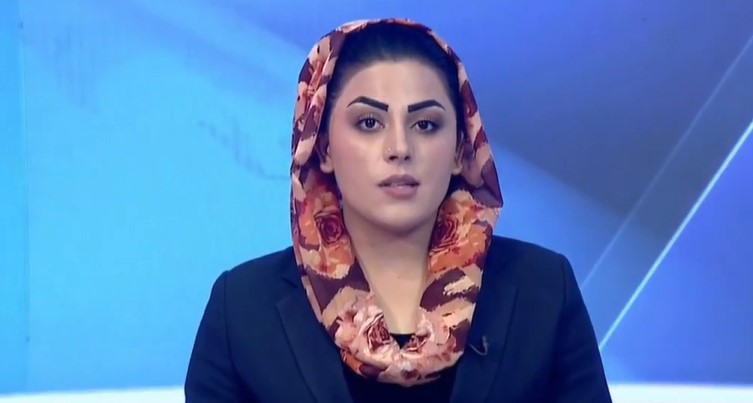 Shabnam remembered going to work at the time and said, “I was told to not come to work. When I asked what the reason was, they said the rules have now changed, and women are not allowed to work in RTA anymore. When they announced earlier that women would be allowed to study and go to work, I got excited. But then I experienced the reality in my office where I was told that women won’t be allowed to work. I showed them my identity cards, but still, they asked me to go home.”

The journalist added that only the state-run news organizations had such a stipulation, with women still working at private news channels. Despite having an identity card, Shabnam wasn’t allowed to work; she was told asked to go home since she was a woman. Shabnam later uploaded a video on Twitter talking about what happened, which went viral. She added at the time, “Those who are listening to me, if the world hears me, then please help us as our lives are under threat.”

Where is Shabnam Dawran Today?

On the show, Shabnam Dawran talked about the British government contacting her soon after the video was made public. They wanted her to leave Afghanistan quickly because the video made her a target. Shabnam then made the tough decision to leave her parents behind and take her brother and sister with her. The wait for evacuation was filled with tension and desperation, with Shabnam hearing gunfire from up close.

Shabnam previously worked for TOLONews and Shamshad TV and is currently a self-employed journalist. She is an avid cricket fan and a massive supporter of the Afghanistan cricket team. She’s hosted preview shows on the Afghanistan Cricket Association’s Facebook page. Furthermore, in August 2022, Shabnam was interviewed by Times Radio, wherein she implored the British government and the UN’s Security Council to impose sanctions on the Taliban. She was vocal about women’s rights being violated in her home country. As of writing, Shabnam is safe in the United Kingdom, likely in London, with her siblings.

Read More: Where Are Malalai Hussainy and Hasina Safi Now?