Where is Amanda Braun Today? 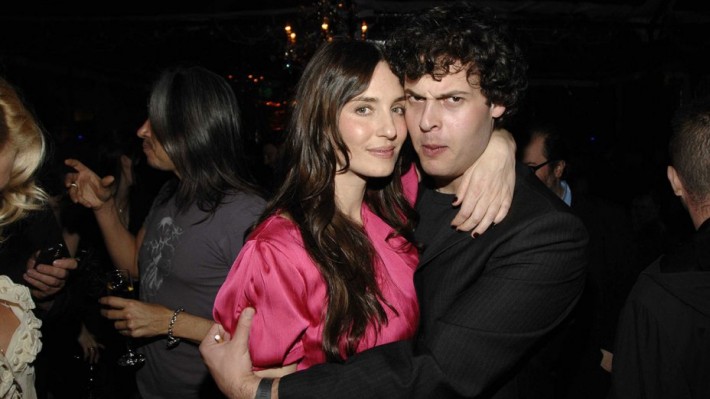 An especially horrific episode of the long-running true-crime investigative series ’48 Hours’, “Hollywood Horror Story” follows the events that led up to the gruesome and disturbing murder of Iana Kasian, a 30-year-old Ukrainian tax attorney turned model who had recently given birth to a baby girl. Iana’s body had been found, severely mutilated, in her own home mere weeks after her child’s birth. The sadistic killer? Her fiance and the father of her infant daughter, Blake Leibel.

Blake Leibel, hailing from a prominent and uber-wealthy Canadian family, was a struggling film director and graphic novelist. In May 2016, he had been a part of a weird love-hate quadrangle with his ex-wife (who he was in the middle of getting a divorce from), his current fiance Iana, and another woman by the name of Constance Buccafurri (with whom he was having an affair). With an extremely messed-up love life and increasingly irrational jealousy of his own newborn child getting more attention from Iana, it was only a matter of time before Leibel snapped. But he would snap in such a horrifying, ghastly manner is what is shocking. When Iana’s body was found, her scalp was entirely missing along with her right ear. And worst of all, her body was almost entirely drained of blood. Death by exsanguination, or bleeding to death. Which, incidentally, is also exactly how women in Leibel’s graphic novel also died.

The one person who was perhaps the most shocked and horrified to know of Leibel’s crime was his ex-wife and the mother of his two sons, Amanda Braun. Here’s everything we know about Amanda.

Who is Amanda Braun?

Amanda is a former model who grew up in San Luis Obispo, California. She met Blake Leibel in 2006. Before dating Blake, Amanda was in a relationship with Andrew Altchek, a hedge fund manager who died in prison in 2010 after being convicted of running a Ponzi scheme. Her friends say that’s why she was probably attracted to the shy, introverted, nerdy Blake because he was the polar opposite of her last disastrous boyfriend. Amanda is often described as an outgoing party-girl. Even though they were so different from each other, they blissfully dated for a few years before getting married in 2011. By that time, Amanda was already pregnant with their first son. For the next four years, Blake’s behavior grew increasingly erratic and often paranoid until, out of nowhere, in the summer of 2015, he picked up and left Amanda, who was eight months pregnant with their second baby at the time.

She was upset when she found out that Blake was seeing Iana and within a few months had even proposed to her. Some of Amanda’s close friends have claimed that Iana was working as an escort in LA. Strangely, Blake’s other woman Constance Buccafurri (a storyboard artist working in Hollywood) contacted Amanda, who had no idea of her existence until that moment. They formed a weird friendship, united in their hatred of Iana Kasian, and often texted each other ideas of getting her deported.

Still, it came as a huge shock when Amanda heard about Iana’s brutal torture and murder by Blake. Amanda had honestly believed that Blake had been in love with Iana and was genuinely happy about their new daughter’s arrival. Amanda, like the rest of the people who knew Blake, could not imagine what drove Blake to act out in such an extremely savage way.

After news of the murder broke, Amanda apparently ceased all contact with Buccafurri, seeing her as a threat to herself and her two sons. Allegedly, Amanda found that Buccafurri had kept enlarged photos of her children for some reason and was following them around. She immediately took out a restraining order against Buccafurri, fearing for the safety of her kids.

Where is Amanda Braun Today?

Amanda’s current whereabouts, and that of her two sons, are unknown. It is only natural, after going through the ordeal of finding out her ex-husband is a psycho killer and with the allegedly threatening presence of another woman with undisclosed intentions, that she has kept herself and her sons out of the public eye. We can only wish that Amanda’s two little kids grow up in a healthy, loving environment, and are not weighed down by the memory of their father’s crime.