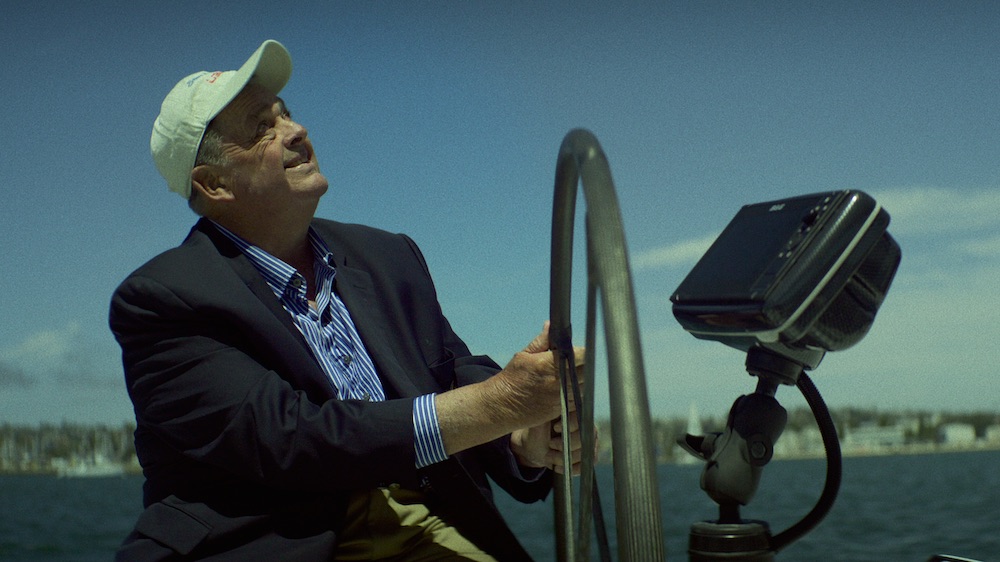 Netflix’s ‘Untold: The Race of the Century’ is an underdog story that is so well-told and fascinating in itself that it hypes you up about a sport that you probably never cared for in the first place. It follows the story of the Australian yachting team who became the David to the Goliath of the New York Yacht Club, who’d gone unbeaten for 132 years.

All odds were in favor of the Americans, and one of the biggest hurdles in the path of the Australians was Dennis Conner, the leader of the American team. The documentary gives us a peek into his unblemished reputation and what happened after he lost the cup. If you are wondering where he is now, then we’ve got you covered.

Where is Dennis Conner Today?

Also known as “Mr. America’s Cup” for being the world’s most successful America’s Cup Skipper, Dennis Walter Conner lives in San Diego, California, with his wife Louise Daintry Bell; the duo tied the knot in 1994. Apart from being a public speaker, Conner owns Dennis Conner Sports Incorporation, which he started in 1987. He has partnered with The Pirates Lair, Inc. to release a new line of Stars & Stripes sailing merchandise. Conner is also a self-employed Doctor of Humane Degree in Psychology in the Greater San Diego area.

He also has a self-titled podcast in which he talks about sailing, his experience in America’s Cup, and other fan queries, among other things. Born and raised in San Diego, Conner joined the San Diego Yacht Club at the age of 11 and has since gone on to serve on its Board of Directors for nine years. He won a bronze medal at the 1976 Olympics, received an honorary doctorate from Green Mountain College, and was featured on the cover of Time magazine and Sports Illustrated, the latter with President Ronald Reagan.

Conner has also won two Star World Championships and has been a member of the New York Yacht Club and Yacht Club de Monaco. Having won America’s Cup four times (as a tactician in ’74, and skipper in ’80, ’87, ’88) and losing it twice (’83, ’95), he marked his last participation in the competition in the year 2003. In 1984, Conner formed the Stars and Stripes syndicate, to participate in America’s Cup competition.

Conner’s life story, in parts, has been documented in several books, some of which he co-wrote with others, like ‘No Excuse to Lose: Winning Yacht Races with Dennis Conner,’ ‘Comeback: My Race for America’s Cup’ and ‘The America’s Cup: The History of Sailing’s Greatest Competition in the Twentieth Century.’ While most of Conner’s career has seen success, it was the historic loss of ’83 that left an indelible mark on him. Others might see it as a dark spot on his otherwise brilliant streak, but he believes that losing after 132 years was the best thing that ever happened to him as well as America’s Cup.

Talking about it, Conner said, “Before the win by the Australians, America’s Cup was only big in the minds of the yachties, but the rest of the world didn’t know or care about it at all. But when we lost it… it was a little bit like losing the Panama Canal – suddenly everyone appreciated it.” While it was so awful to lose that he didn’t feel like getting up from bed in the mornings around that time, he also believes that winning it wouldn’t have changed things and brought them to the point where they are now.

He added, “If I hadn’t lost it, there never would have been the national effort to get it back in Fremantle, and without that there never would have been the ticker-tape parade up Fifth Avenue in New York, lunch with the President at the White House and all the doors of opportunity that it opened.” As he continues his work in the sport, Dennis Conner knows how important it is to move on from your failures and cloud them with finding success in the future. Even now, he continues to move forward and explore new avenues.