Where is Bruce Weber Now?

Abercrombie & Fitch’s sudden increase in popularity was in part because of photographer Bruce Weber’s ad campaigns. Netflix’s ‘White Hot: The Rise & Fall of Abercrombie & Fitch’ chronicles how Mike Jeffries took over a struggling company and turned it around. Apart from looking into Bruce’s aesthetic becoming a part of the brand’s photoshoots, the documentary also explores several sexual misconduct allegations against the photographer. If you’re curious to find out more, we’ve got you covered.

Who is Bruce Weber?

Bruce showed an early interest in photography and, during the 1960s, moved to New York City, New York, to study acting. He began taking headshots of budding actors and actresses during that period, which eventually paved the way for his fashion career. Bruce became a sought-after fine art and commercial photographer and was hired to work for fashion brands like Calvin Klein and Ralph Lauren. 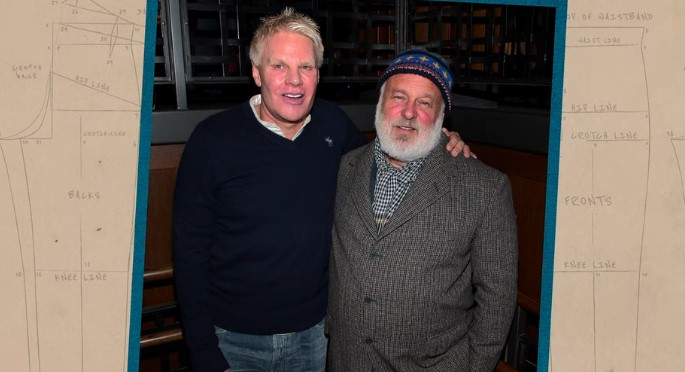 As a part of Abercrombie & Fitch’s revival, Mark approached Bruce for photoshoots and ad campaigns. The work that he put in through the 1990s was instrumental in increasing the brand’s popularity. However, Bruce was mired in controversy in the 2010s when several male models came forward, accusing him of sexual misconduct. In December 2017, Jason Boyce filed a complaint and claimed Bruce groped and kissed him in the past.

Another model named Mark Ricketson talked of a similar incident that allegedly took place at Bruce’s studio in 2005. Mark said, “He told me I ‘looked tense’ and proceeded to press his thumb on my forehead. He then took my hand and told me to ‘find the energy’ by guiding my hand and rubbing it on one of three places — my forehead, chest, or my stomach. Each time, the energy in my stomach would get lower and lower until I had to navigate the remaining space left before having to touch myself. I felt ashamed and embarrassed.” However, Mark didn’t talk about it to anyone because he feared losing out on work.

In January 2018, fifteen current and former male models accused him of exploiting them. One of them, Robyn Sinclair, said, “I remember him putting his fingers in my mouth and him grabbing my privates. We never had sex or anything, but a lot of things happened. A lot of touching. A lot of molestation.” Erin Williams, a model who worked with Bruce on some Abercrombie and Fitch campaigns, said that models who refused to do nudity were often cut the next day while those who agreed stayed on. Then, in December 2018, five models filed a lawsuit in New York, claiming Bruce sexually assaulted them.

Where is Bruce Weber Now?

Bruce vehemently denied these accusations, saying, “I have used common breathing exercises and professionally photographed thousands of nude models over my career, but never touched anyone inappropriately. Given my life’s work, these twisted and untrue allegations are truly disheartening.” Once the initial allegations came to light, Bruce seemed to step away from the limelight and was dropped by Ralph Lauren, Abercrombie & Fitch, and Versace. However, in the summer of 2018 and after, he was seen at several parties in New York.

By August 2021, Bruce settled both the lawsuits filed against him in out-of-court agreements. However, it didn’t involve an admission of guilt. It seems that Bruce is back to working again. His work appeared in Man About Town, a fashion magazine. The creative director stated that he provided the photographs for free. Recently, Bruce also directed a documentary about Italian photographer Paolo di Paolo’s work. Apart from that, Bruce has continued to publish his photographs. On the personal front, he lives with his partner, Nan Bush, and their pets. They split their time between Miami, Florida, and New York.