Where is Celestine Payne Now? 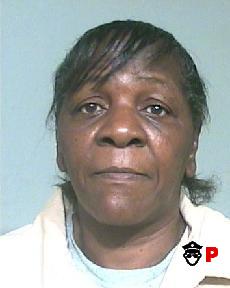 ‘Snapped’ is a unique true-crime show in that it dedicates most episodes to exploring crimes that have been committed by women, either due to financial motives, years of abuse, or a cheating partner. It is Oxygen’s longest-running series and has amassed many cases in its vast library over 27 seasons. It premiered on August 6, 2004, and today, the show is still going strong.

With the help of law enforcement agents, lawyers, reporters, and friends and family of both the victims and the perpetrators, the show paints an accurate picture of the crimes and their aftermath. In fact, it was because of the popularity of ‘Snapped’ that the parent company, NBC Universal, relaunched Oxygen as a crime network in 2017. Consequently, the show continues to churn out some rather fascinating yet shocking true stories, and in this article, we look at one such case, that of Celestine Payne.

Who is Celestine Payne?

From public police records, we know that Celestine Payne was born on June 23, 1950. She had conspired with her daughter, Wendy Payne, and the daughter’s then-boyfriend, Charles Pinchom, to commit murder for life insurance payouts. The trio had planned to kill two individuals, referred to T.C. and E.C. in a post by Justia (an American website that provides the public with information on the many legal cases in the country).

Between September and November 1994, they had purchased two life insurance policies for two of Celestine’s tenants, and she was also listed as the beneficiary. Tara Carter’s body was discovered in a sleeping bag in Eastside Park in New Jersey, and Paterson Police said that Pinchom had killed her with a crowbar. Then, both Celestine and Pinchom disposed of the body. Authorities also determined that Wendy Payne had posed as the victim to obtain the life insurance policy. Furthermore, it was at Celestine’s behest that Wendy Payne talked Pinchom into kill E.C. as well. The victim was stabbed, but he survived, later identifying Wendy’s boyfriend as the man that had attacked him.

Where is Celestine Payne Today?

According to PublicPoliceRecrods, Celestine Payne was convicted on multiple charges of murder, forgery, conspiracy to commit murder, hindering oppression or prosecution, and suppression of evidence. She went to jail on July 18, 1997, and is currently at the Edna Mahan Correctional Facility for Women, which was formerly also known as the Clinton Correctional Facility for Women. It is located in Hunterdon County, New Jersey. She will be eligible for parole on March 8, 2025.

Wendy Payne, Celestine’s daughter, is also behind bars at the same facility. Wendy was convicted on May 28, 1997, after she pleaded guilty to two counts of conspiracy to commit murder in the second degree and one count of attempted murder in the first degree. She was sentenced to 28 years in prison. She was first eligible for parole on March 6, 2002, however, it was denied. Then, on April 25, 2005, she was eligible yet again, but the outcome was no different than the last time. Wendy Payne did appeal this decision and her case was sent to the State Parole Board. However, the verdict was upheld.