When Craig Lester Thrift was arrested in 2012 for the murder of his cousin, Terry Eugene Rouse, it had been 21 years since that incident occurred. In the meantime, Craig moved on and made a life of his own. At the time of his arrest, he was married to Robyn Thrift (now Barry). Investigation Discovery’s ‘Evil Lives Here: He Fed to Him to Gators’ has Robyn talk about what she went through while living with Craig, which eventually led to a divorce. Robyn’s testimony was instrumental in garnering Craig’s conviction. So, if you’re curious about what’s happened to Robyn since then, here’s what we know!

Who is Robyn Barry?

Robyn grew up in New London, Connecticut, and had served in the Navy in the past. By 1994, Robyn moved to Georgia and met Craig Thrift about four years later. She was looking for a fresh start after getting a divorce from her first husband in the years before her move. They started dating soon after that, but on the show, she talked about Craig’s anger issues that surfaced over time in their relationship. 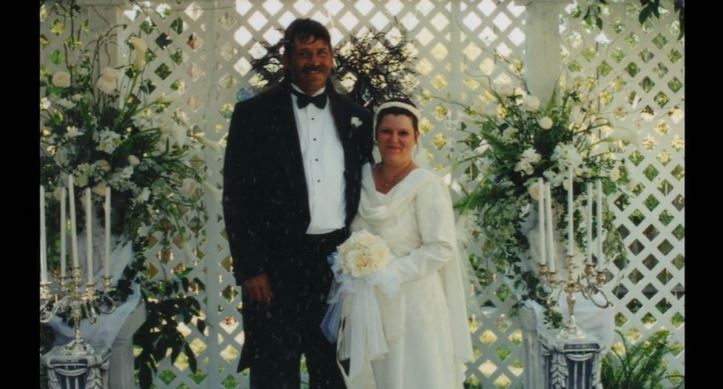 They were isolated incidents at first, and Robyn stated that she persisted because she wanted the relationship with Craig to work. The couple married in 2000. Over time, Robyn said that Craig would mention his cousin Terry Rouse and how he killed and disposed of him in a swamp. At first, Robyn thought he was joking and brushed it off. But as it turned out, Craig was serious about it. Terry was a 24-year-old who vanished without a trace in May 1991. He was last seen during the early hours of May 11, and his car was discovered at the entrance of a swamp park in Ware County, Georgia.

Craig and Terry were cousins, good friends, and worked together in the family business. At the time, Craig was considered a suspect, but no evidence tied him to Terry’s disappearance. When asked to take a lie detector test in 1997, Craig told the police, “Without a body, you don’t have anything, and I’m not taking a test.” The case was reopened in 2009, and the authorities eventually charged Craig with the murder in 2012 after Robyn, along with others, stated that he confessed to killing Terry.

By the time Craig’s trial came around in April 2014, Robyn had filed for divorce from him. She testified that Craig bragged to her about killing Terry and hiding his body so it could never be found. Other witnesses testified regarding Craig making similar statements. The authorities believed that Craig attacked Terry, shot him, and disposed of his body because he was having an affair with Craig’s wife. In the end, Craig was convicted of felony murder and sentenced to life in prison. Terry’s body has never been found.

Where is Robyn Barry Now?

Robyn stated on the show that Craig had threatened to kill her during their relationship, saying he would do to her what he did to Terry. She then mentioned filing a restraining order against him, sometime after which Craig was arrested. Robyn also talked of losing her daughter from a previous relationship, Tina, to a drug overdose around the same time. She has since understandably maintained a low profile, and not much is known about where she currently lives. Robyn did mention on the show that she now kept firearms at home because she feared for her safety in case Craig got out of prison.