Where is Daniel Holtzclaw Now?

In June 2014, a 57-year-old woman went to the police with a shocking story of a police officer sexually assaulting her. It marked the beginning of a lengthy investigation that brought to the fore some horrific acts ex-policeman Daniel Holtzclaw committed while both on and off-duty. ABC News’ ‘20/20: What the Dash Cam Never Saw’ chronicles how Daniel used his position to prey on vulnerable women from a marginalized neighborhood in Oklahoma City, Oklahoma. So, let’s find out what happened to him then, shall we?

Daniel Ken Holtzclaw was born to a white father and a Japanese mother in Guam in 1986. After playing football during high school and college, he joined the Oklahoma City Police Department in 2011. He worked the swing shift and patrolled the northeastern part of the city. Jannie Ligons, a grandmother driving in the area at around 2 am on June 18, 2014, went to the police the following day with a rather unsettling story.

Jannie claimed that a police officer, later identified as Daniel, pulled her over that night and told her she was swerving. When Jannie denied that, he asked her to get out of the vehicle. She recalled, “He (Daniel) put a flashlight on my chest. He told me to pull my pants down to my knees. I did that but real quick and pulled them back up again. He pulled out his flashlight and shined it on my privates. I said. ‘Sir, you not supposed to do this.’ He said, ‘Get back into my vehicle.’ I did what he said. I began to get very, very scared.”

Jannie added that Daniel forced her to perform oral sex before letting her go. The authorities thought Jannie’s complaint was remarkably similar to another one they received a few weeks prior. As the case began to build, multiple women came forward with similar stories of sexual assault. The pattern was clear: Daniel targeted women with drug issues and criminal records, possibly believing they wouldn’t come forward. Multiple women accused him of rape, sexual assault, and indecent behavior that reportedly occurred from December 2013 until Jannie came forward.

The women who came forward talked about how Daniel would either pick them up or show up at their house and demand sexual favors. The authorities then examined Daniel’s GPS logs from his patrol car, seemingly backing up multiple women’s claims. He was placed on paid administrative leave before being fired in January 2015. A lengthy and painful trial followed, with 13 women accusing Daniel of sexual assault.

During a preliminary hearing in November 2014, multiple survivors took the stand to testify against Daniel Holtzclaw. He was standing trial for several felony charges. One of the survivors, identified as SH, a convicted felon, said that in December 2013, she had been smoking PCP in a truck with another person when Daniel and another officer approached them. At the time, the drug fell on her skin, leading to a trip to the hospital.

According to SH, Daniel was the officer watching her at the hospital when she was handcuffed to a bed. She recalled him squeezing her breast and forcing her to perform oral sex on him. Later, SH claimed Daniel messaged her on Facebook with his phone number and came to her house in January 2014, asking her to have sex with him in his car. SH also said that Daniel promised to help out with her drug case. Another survivor, CR, claimed that on March 14, 2014, Daniel stopped her while she was walking and pressured her into showing her breasts.

A third woman testified that Daniel felt up her breasts and put his hand down her pants under the pretext of searching for drugs. TB, another survivor, claimed that on different occasions in March 2014, Daniel forced her to expose her breasts and later threatened her with future sexual assault and arrest for any outstanding warrants. Another woman, AG, who was 17-years-old when the alleged attack happened, said that Daniel offered to drive her home once. When they got to her mother’s porch, she stated, he touched her privates, bent her over, and raped her. AG’s DNA was matched with biological evidence found on Daniel’s uniform (on the inside of the fly).

SB took the stand to say that Daniel first asked if she had drugs on her and then offered to drive her home in May 2014. However, SB said that the ex-officer took her to a desolate area where he forced her to perform oral sex before raping her. SE, yet another woman, had a similar story regarding Daniel’s crimes from the same month. Almost all women said they were scared to go to the police because they didn’t think anyone would believe them. The prosecutors claimed this was the very reason Daniel targeted them.

Where is Daniel Holtzclaw Now?

Daniel maintained his innocence throughout the trial. His attorneys claimed that the accusers had a criminal history and were possibly lying to gain favors from the prosecution. In December 2015, a jury found the former police officer guilty of several charges. Then 29, Daniel was convicted on four counts of first-degree rape, one count of second-degree rape, six counts of sexual battery, four counts of forcible sodomy, and three counts of procuring lewd acts. 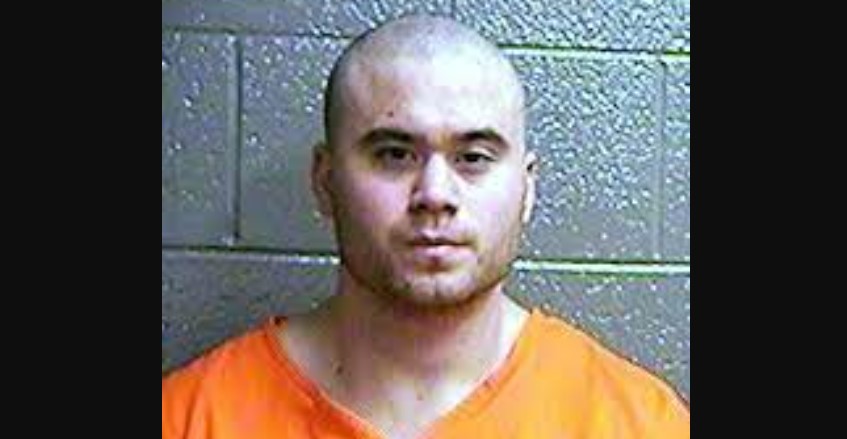 Daniel was convicted of 18 of the 36 counts that involved eight of the thirteen women that accused him. In January 2016, he was sentenced to a total of 263 years in prison. In an interview, Daniel said, “I will not feel remorse for something I didn’t do. I am not guilty for [of] any of these crimes. I did not do anything of sexual nature. I did not come on to any of these women.” While Daniel remains behind bars, he has been held in a secret location under an assumed name for his security. The authorities have refused to disclose where he is jailed.