Where Is Disney’s Magic Camp Filmed?

Disney’s ‘Magic Camp’ is a family comedy that centers around a magic summer camp. Jeffrey Tambor plays the role of Roy Preston, who is the owner and mentor of Magic Camp. Roy asks his former student, Andy Tuckerman (played by actor and comedian, Adam DeVine) to become a Counsellor at the Magic Camp.

Andy was an aspiring magician once but now works as a banker. With the hopes to rise again in his career, Andy agrees to his onetime mentor’s request and returns to Magic Camp. Here, he encounters his former partner, Christina Darkwood (Gillian Jacobs) who is a star magician. Andy is assigned a class of amateur magicians. Instead of teaching them the standard magic, he opts for a new style. He learns more about their methods and goes along with it.

While the film is surely entertaining, you must be wondering, where is the magic camp shown in the film located. And can you pay a visit to the place? Well, here’s everything we know about the filming location. 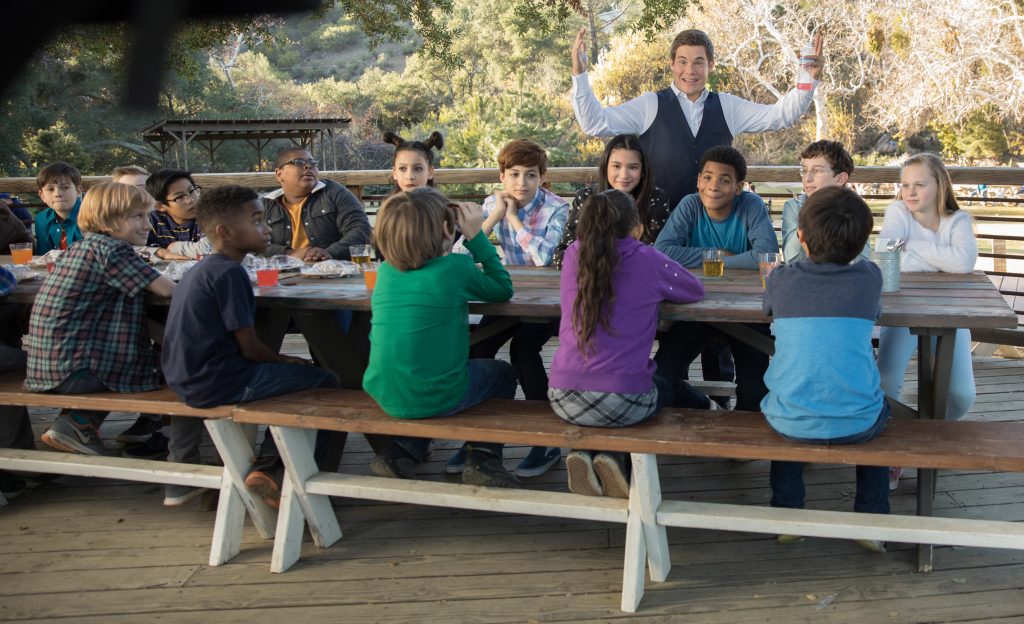 Well, you will probably be disappointed to know that the film has not been shot in some exotic location as you might have guessed. Neither has it been filmed in a summer camp nor in a magic camp.

Most of the scenes of ‘Magic Camp’ has actually been filmed on a grand Disney Studio known as Golden Oak Ranch, a shooting location for many movies and tv shows. ‘The Office’ character Dwight Schrute (Rainn Wilson) has a farm that’s originally part of this ranch.

Located less than an hour away from Los Angeles, Golden Oak Ranch is built on 890 acres of land. The Ranch has a heliport, lush fields, two streams, a waterfall, and two separate districts: business and residential. There are 42 stores in district settings and 23 houses in residential settings. Every building has a different style of architecture.

As the Ranch has all the sets and locations that were needed for filming, very few scenes were left for any other locations. What is shown as the World of Weiners in ‘Magic Camp’ is, in reality, a food joint named Steve’s Burgers located on 2320 W. Victory Blvd Burbank in California. Other places where portions of the film were shot are Moorpark and Santa Clarita in California.