Where is Eliette Dominique Now? 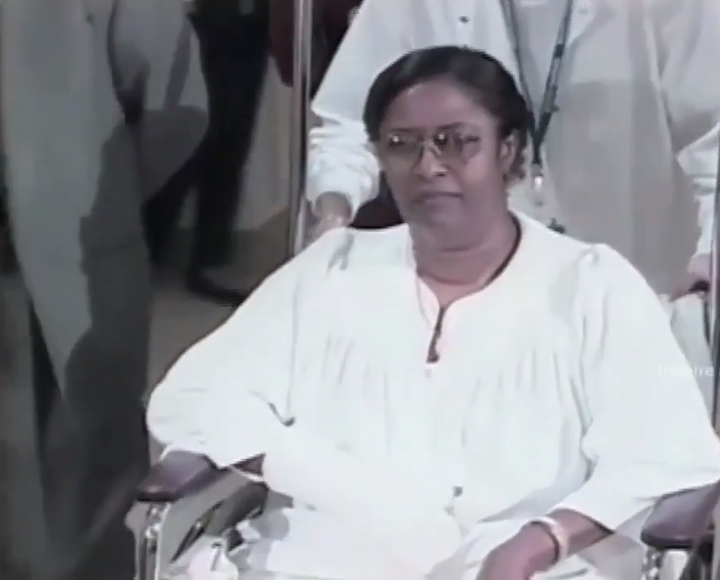 Investigation Discovery’s ‘Married With Secrets’ is a documentary series that explores the lives of seemingly happy unions that are tainted by alternate lives and secrets of the couple. The episode ‘Dr. Deception’ delves into the mysterious death of Dr. Jean-Claude Dominique and how the life he had built started to fall apart after a hit-and-run accident. Eliette, his wife, was utterly shocked to discover that her beloved husband kept a terrible secret from her. Curious to know more about Eliette? We’ve got you covered.

Eliette Dominique was working as a nurse at a hospital in New York when she had met Jean-Claude Dominique. Both of them were immigrants from Haiti. Jean-Claude came from a big family of 23 siblings in Haiti. They started dating and were married in 1980, at which point they started living together at her 2-bedroom condo in Brooklyn. Eliette had even paid for Jean-Claude’s medical school expenses. They led a happy life with Jean-Claude begetting success at his workplace as a doctor. They had two kids, Jean-Claude Jr. and Rachel. Eliette decided to take a break from nursing to look after the kids.

In 1993, the family moved to a bigger house in Baldwin Harbor, Long Island, planning for their kids’ future. They even kept their Brooklyn apartment. On April 30, 1999, Jean-Claude was a victim of a hit-and-run accident right outside the Brooklyn apartment. Suffering severe brain injuries, he was in a coma. A worried Eliette reached the hospital only to be blindsided with what she learned next.

She met another woman who claimed to be Jean-Claude’s wife. It turned out that Jean-Claude had been secretly married to his childhood sweetheart from Haiti, Marie Betsy Barlabier, since 1982. After she had come to the United States, Jean-Claude had asked someone to impersonate Eliette and forge her signature to get a divorce from her. He then married Betsy and eventually had two kids with her. The family lived in Irvington, New Jersey.

Almost 39 days after the accident, Jean-Claude Dominique passed away at the hospital. Eliette was left with trying to make sense of her husband’s other, secret life. In another blow to Eliette, she learned that Aly Dominique, her brother-in-law, had knowledge of Jean-Claude’s other marriage. After a judge ruled in her favor due to the forged signature, Eliette was given sole control of Jean-Claude’s assets. She let Betsy and her kids keep her house in New Jersey.

Eliette, in the meantime, had started working as a nurse again. On the morning of October 30, 2000, she was shot outside her house by two gunmen. Two bullets grazed her head, and one hit her hand. Miraculously, she survived the attack with minor injuries. After the investigators ruled out robbery as the motive, they uncovered a sinister plan to have Eliette killed.

Prosecutors stated that Aly Dominique had tried to have her killed in hopes of gaining full control of Jean-Claude’s assets and had hired two men to do that. Aly and Betsy were in business together when Eliette put an end to that by decided to sell the building that they were using. Aly and his family also had issues with Eliette when she refused to pay for an expensive funeral for Jean-Claude that they had planned. Aly and the gunmen were arrested and convicted of the crime.

Where is Eliette Dominique Now?

The episode mentioned that she had stopped working as a nurse and that she spent her time with her family and traveling. Her daughter Rachel went on to get degrees from two Ivy League schools. From what we can gather, she seems to be working in New York as a Corporate Counsel. Eliette’s son, Jean-Claude Jr., went on to graduate with a degree in Engineering and was stated to be pursuing a master’s degree. Not much else is known about Eliette or her family’s current whereabouts.