Where is Everyone is Doing Great Filmed?

‘Everyone is Doing Great’ is a collaborative product of ‘One Tree Hill’ stars James Lafferty and Stephen Colletti. After almost a decade long run of the latter and its simultaneous success, the duo went ahead to write, produce and star in ‘Everyone is Doing Great’, a coming of age television drama. The show centers around Seth (Colletti) and Jeremy (Lafferty), both leads of a hit series called ‘Eternal’ that sets them on a ride towards fame. But five years later, after the show has ended, their popularity, too, is on the verge of a steady decline. Hence, Seth and Jeremy find support in each other.

The plot glides through what seems like a setup characteristic of sparse Hollywood-like locations under the Californian sun. Seth and Jeremy’s identities are likewise born out of their cherished fame in Hollywood. For the show to fully encapsulate the audiences, filming for season 1 should have taken place in Los Angeles, doing full justice to where the story is actually based. But is ‘Everyone is Doing Great’ actually filmed there? Let’s find out.

Everyone is Doing Great Filming Locations

’Everyone is Doing Great’ started filming in the fall of 2018 and wrapped up by the spring of 2019. It is certainly filmed in and around Los Angeles, California. Let’s get into details!

The production for ‘Everyone is Doing Great’ peculiarly undertook a unique route, with a minimal crew and cast comprising 15-25 members. It is independently shot underlined by a crowdfunded campaign called Indiegogo, led by James Lafferty and Stephen Colletti. The team covered the funds for the pilot episode, after which the campaign started in full swing. It allowed people to offer donations as less as $15. As a gesture of gratitude, donors were welcomed inside the studio, given shout-outs on social media, and other incentives, as per their demands.

The amount generated through the campaign funded the remaining episodes in the series. As an attempt to minimize cost, shooting primarily took place in private or personally owned properties of the cast and crew members. The scenes mostly include day-lit exterior shots sprawled over lazy streets in Los Angeles and interior confines of cozily furnished houses.

Other scenes of ’Everyone is Doing Great’ were shot in a studio gleaned from various Instagram posts by the cast and crew members. The production invested the campaign money to purchase cameras, lenses, and lights on rent. They also covered other pre and post-production costs through the same.

Santa Monica is a beachfront city west of Los Angeles, preferred for its moderate climate and proximity to Los Angeles. The series features a liquor shop called Broadway Wine & Spirits, situated at 1011 Broadway, Santa Monica. On one occasion, Seth is spotted by a fan as he walks out of the store, decked up in a black suit.

Ojai, a small city northwest of Los Angeles, is set in the eponymous valley at the foot of the Topatopa Mountains. It is known for its terrain, suitable for trekking and other recreational activities. During the filming of the show, a crew member posted an Instagram update featuring Colletti. They were in a car touring the streets of Ojai, California. 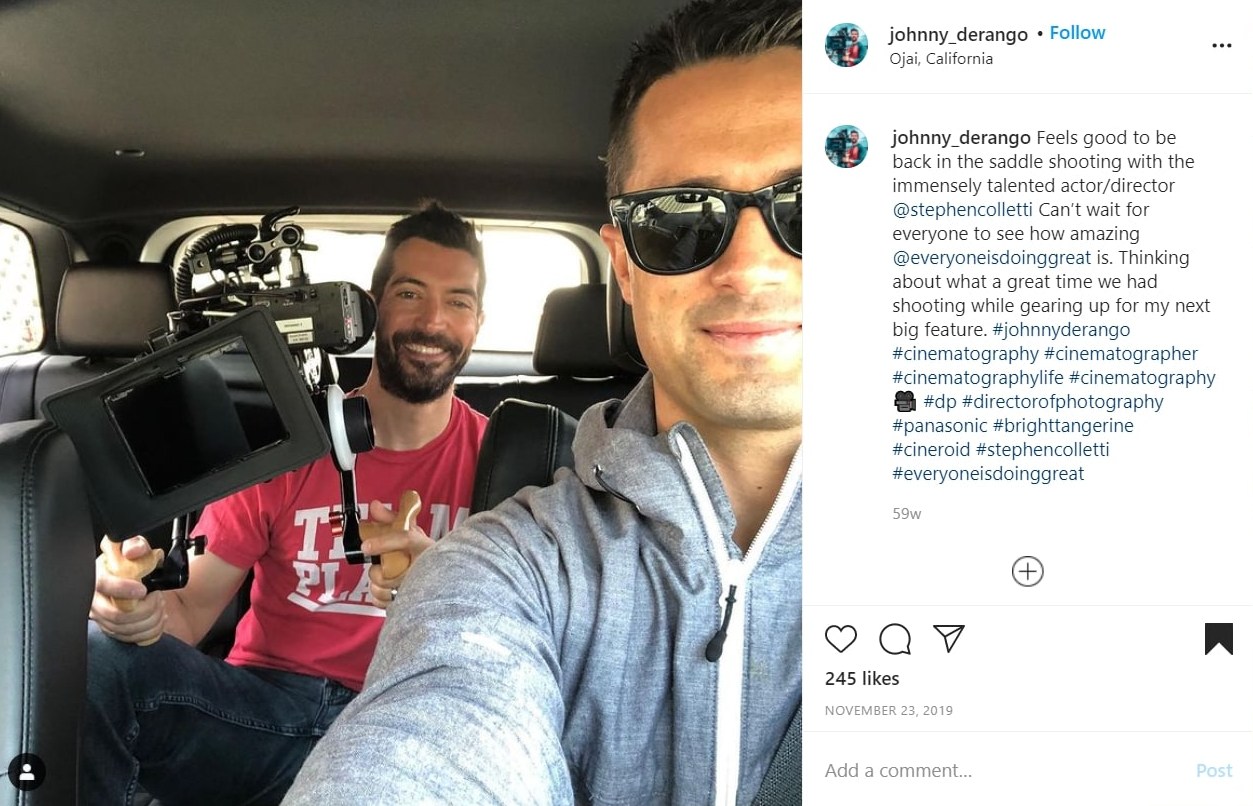 Read More: Is Everyone is Doing Great a True Story?