Where is Flatbush Misdemeanors Filmed? 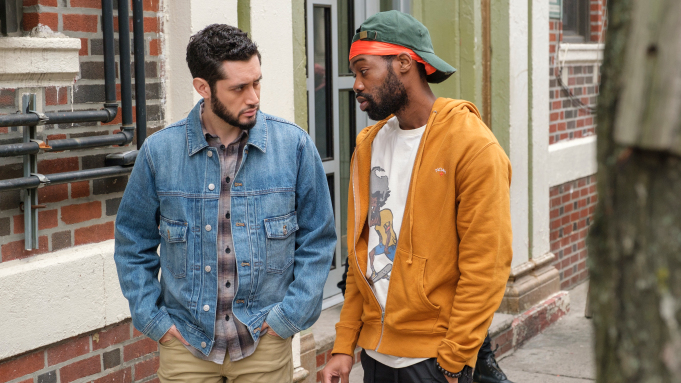 Created by Kevin Iso and Dan Perlman, ‘Flatbush Misdemeanors’ is a comedy series that centers upon two unlikely friends named Kevin and Dan. While Kevin makes ends meet by working for a restaurant, Dan is a grammar teacher who barely cares for his students. As both dream of making a name for themselves, the show captures their relationship issues while shedding some light on concerning social problems like gentrification and police brutality in the neighborhood of Flatbush in Brooklyn.

The creators have come up with an engrossing plot that never gets boring even when it subtly poses profoundly moving and thought-provoking questions that need urgent redressal. The series is quite popular with the viewers, some of whom may be curious to know more about its production. If you find yourself wondering about filming locations for ‘Flatbush Misdemeanors,’ you have come to the right place. Here’s everything you need to know.

‘Flatbush Misdemeanors’ is filmed entirely in New York City. Home to some of the most popular tourist locations in the world, like the Brooklyn Bridge, Empire State Building, and the Statue of Liberty, the Big Apple is made up of five boroughs, all of which surprisingly have a significant cultural influence. Over the decades, NYC has emerged as a center of creativity, environmental sustainability, entrepreneurship and is also a key player in the global entertainment industry.

Some of the most iconic filming locations in New York include the New York Public Library, Radio City Music Hall, Times Square, Empire State Building, The Grand Central Terminal, The Rockefeller Center, and the American Museum of Natural History. Filming for ‘Flatbush Misdemeanors’ is done in several locations in the city, so without further ado, let’s learn more about them.

Filming for ‘Flatbush Misdemeanors’ is partially done on location in Brooklyn. The more “artsy” borough of New York, Brooklyn is one of the most densely populated regions in the United States (most populous borough of NYC). The principal photography for ‘Flatbush Misdemeanors’ is done in Flatbush itself, a neighborhood in central Brooklyn. One of the places where scenes from the show were filmed is Caribbean Social, a restaurant located at 847 Flatbush Ave.

The eastern region of Flatbush is notorious for shootouts, pitbull fights, turf wars, and all sorts of crime, which continue to be a huge headache for the law enforcement agencies in the area. Over the years, gentrification has also become a hot topic in the neighborhood, which is one of the crucial social issues addressed in the comedy series, along with police brutality.

Other locations where the series is filmed are Queens (another New York borough adjacent to Brooklyn). On-location filming has been done specifically in the Astoria neighborhood in Queens. A significant portion of the show is also filmed on set in York Studios (the Maspeth Campus).